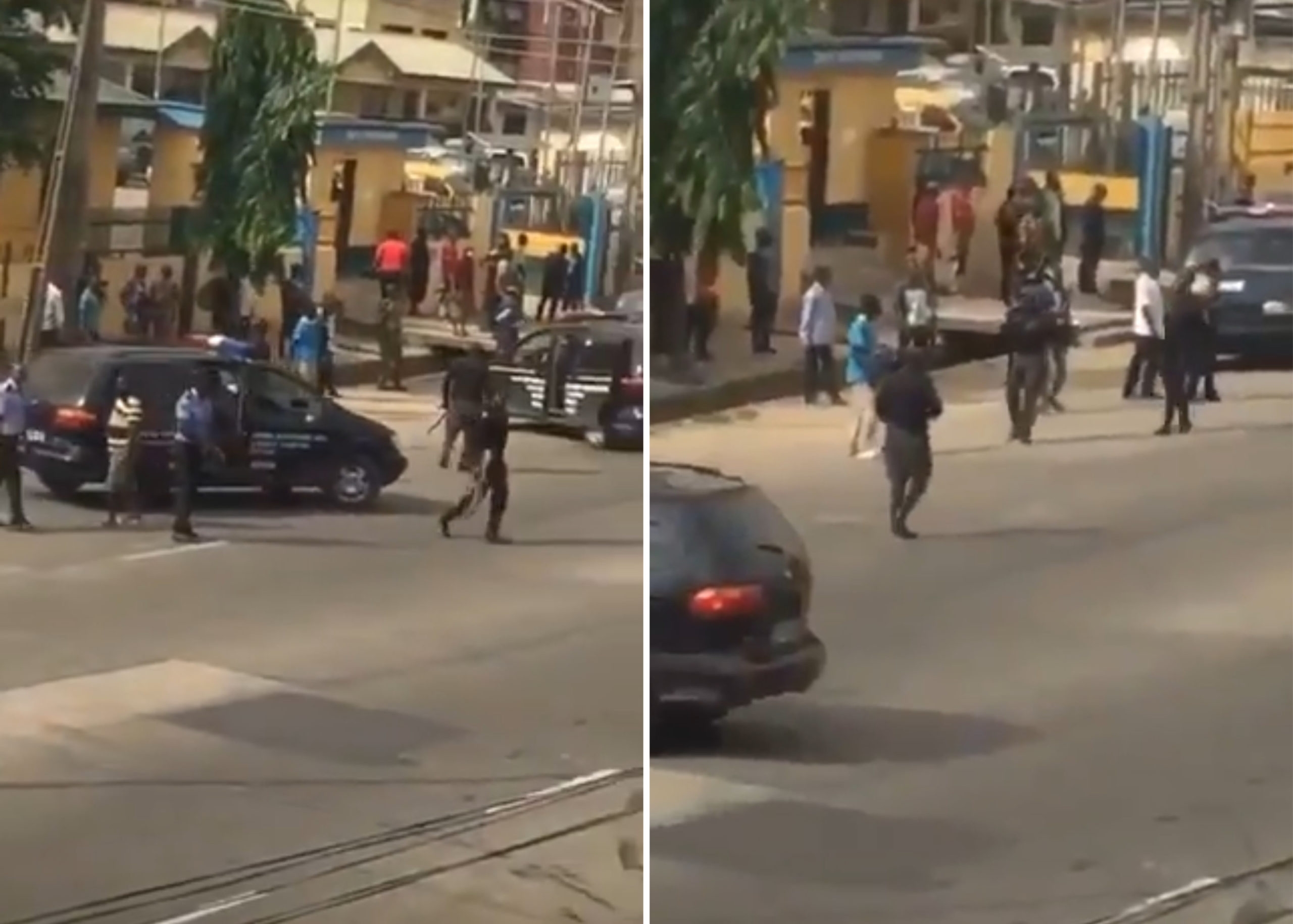 Commercial motorcyclists popularly called Okada riders and policemen have on Friday reportedly clashed in Ogba area of Lagos state, halting all commercial activities in the community.

According to multiple reports on social media, the pandemonium began as a result of the alleged shooting of an okada rider.

During the clashes, gunshots were said to have enveloped the air around Area G Command and Ogba Bus stop end of Micheal Ogunnusi road, forcing several commuters and traders to abandon their wears for safety.

According to varying reports online, one account alleged that the law enforcement agency killed one Okada rider and injured the other yesterday night.

It was stated that in retaliation, other riders stormed the police station and were about setting the station ablaze before they were repelled, resulting in gunshots.

Another account alleged it that motorcyclists converged beside a commercial bank for an internal issue when Nigerian Police stormed the scene and ordered that they leave but the riders refused, resulting in the clashes that had disrupted activities within the community.

Although the police was yet to react to the unrest as at the time of filing this report, different route advisory reports have advised Lagos residents to avoid Ogba area due to the ongoing clash.

Eons Intelligence, a situational report guide platform in Lagos state, described the level of violence in Ogba as ‘high’.

Roads leading to Excellence Roundabout, Ogba Market and WAEC have been blocked with vans of Rapid Response Squad (RRS) unit of the police.

See videos from the scene of the unrest below;

UPDATE: The policemen at Ogba (Area G) keeps oppressing the bike men, they killed 2 yesterday night, still came back this morning to continue the oppression.

Everyone should stay safe around that region. pic.twitter.com/ABd85LHkKm

Video: ongoing breakdown of law and order at the Ogba axis of Lagos Mega City pic.twitter.com/5HO52UkQIb

Retweet to alert your loved ones until normalcy is returned