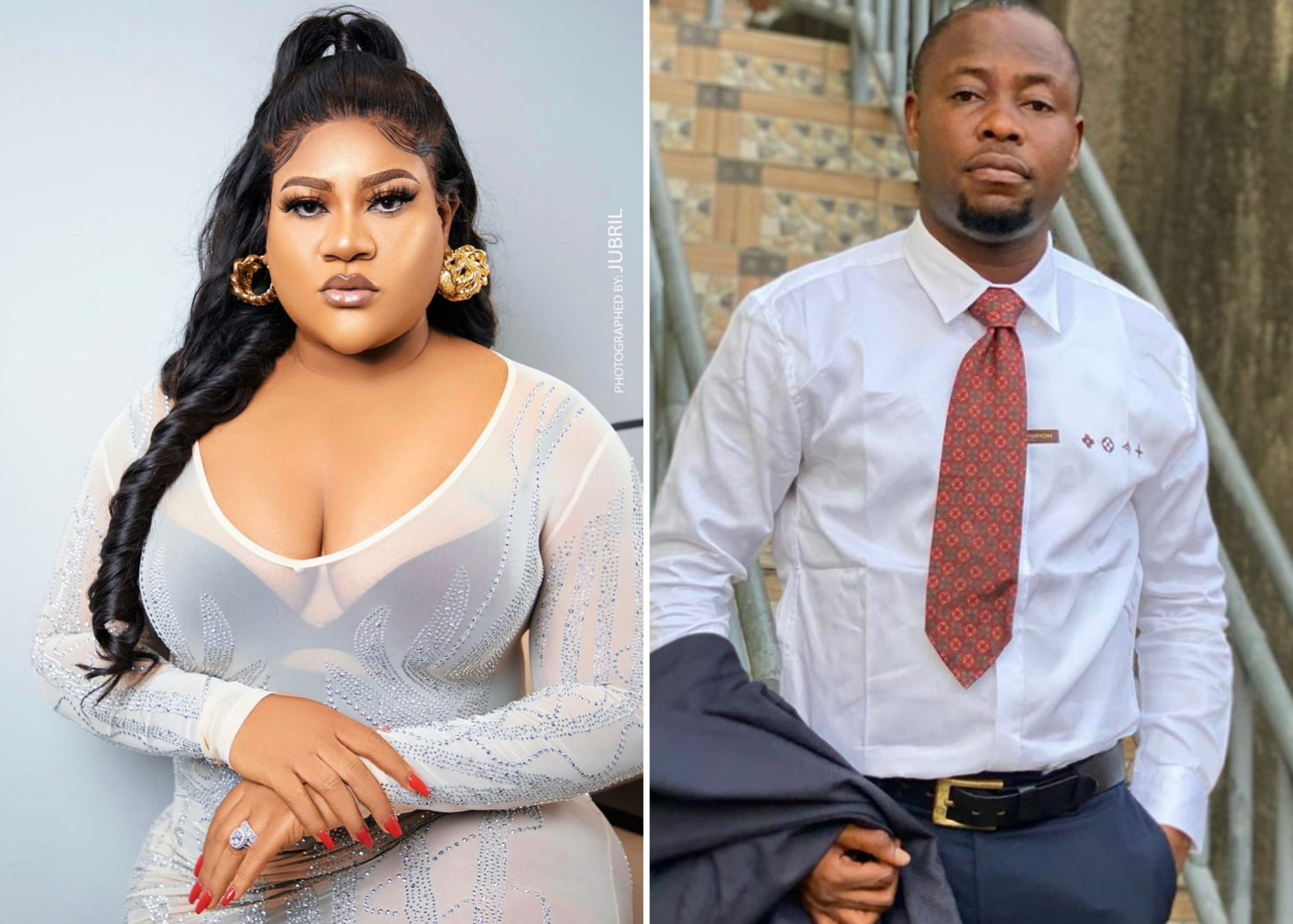 In the last few weeks, both actors have been at each other’s throats over the recent arrest of their colleague, Baba Ijesha, who was accused of sexually assaulting a minor.

Blessing criticised Adams, who is better known as Lege Miami, for showing support to Baba Ijesha, which he in turn slammed the actress.

In retaliation, Blessing hurled snide remarks at Lege, calling him an illiterate.

Althoguh Lege later apologised after being dragged for his utterances, Nkechi continued insulting him as she addressed him as a “classless idiot”.

Reacting to this, Damola Olatunji, chairman of Tampan Guild of Directors (TGD), said such exchange of “detrimental verbal utterances” has caused disrespect to the image of the association.

He described the dispute between the duo as a “show of shame” deserving punitive measures.

The association charged filmmakers belonging to guilds under TAMPAN to desist from having professional dealings with them.

All Guilds under TAMPAN have been directed to henceforth desist from having professional dealings with Sunday Nkechi Blessing and Mr. Adams Kehinde (Lege) until further notice.

In accordance with the directive from our parent body, TAMPAN, concerning the show of shame currently ongoing between the two practitioners, Sunday Nkechi Blessing and Mr. Adams Kehinde on social media, creating a bad image for our noble profession, punitive order becomes imperative to redeem our battered image.

According to the body, filmmakers who flout the directive will be made to face sanctions, adding;

In light of the above, it has been decreed that no director from this guild (TAMPAN Guild of Directors) should engage the services of the two actors in whatever guise.

To go contrary to this directive is tantamount to running afoul of the law of the parent body, subject to further punitive measures against the lawbreaker! Hope this directive will be wholesomely enforced to the letter.