So Far, No Nigerian Has Been Affected In Gaza Crisis – Abike Dabiri-Erewa Says (Photos) 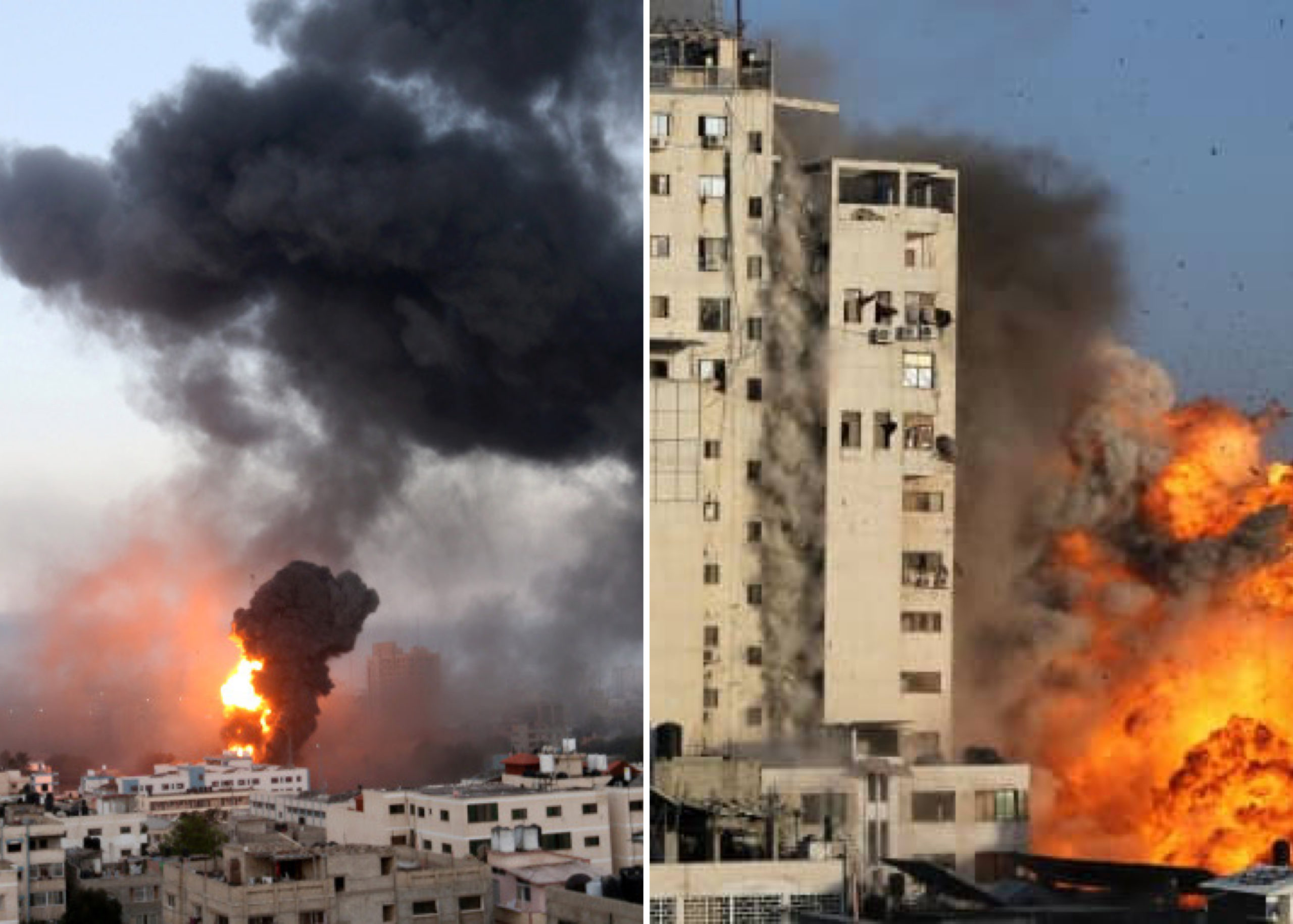 Abike Dabiri-Erewa, chairperson of Nigerians in Diaspora Commission (NIDCOM) has said so far, no Nigerian has been affected by the crisis in Gaza.

Gaza, is a self-governing Palestinian territory on the eastern coast of the Mediterranean Sea, that borders Egypt on the southwest for 11 kilometers and Israel on the east and north along a 51 km  border. Gaza and West Bank are claimed by the de jure sovereign State of Palestine. 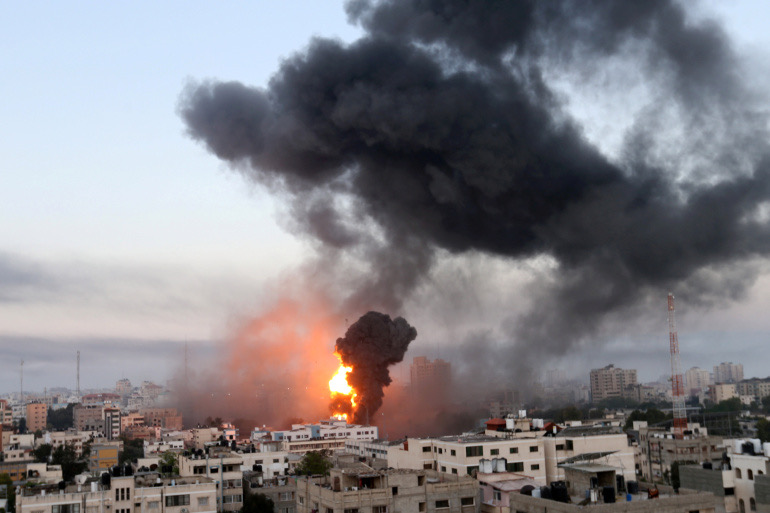 Dabiri-Erewa disclosed this while responding to a tweet from a Nigerian appealing to Nigerians residing in Gaza to get in touch with the commission if they need help.

There is an ongoing deadly war between Israelis and Palestinians which has led United Nations to warn against a “full-scale war“. 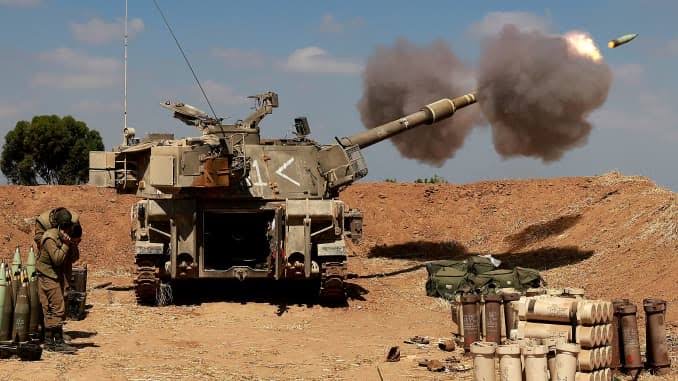 The latest violence followed a month of rising tensions in Jerusalem, though the conflict has gone on for decades.

How did it start?

Britain took control of the area known as Palestine after the ruler of that part of the Middle East, the Ottoman Empire, was defeated in WW1. The land was inhabited by a Jewish minority and Arab majority.

Tensions between the two peoples grew when the international community gave Britain the task of establishing a “national home” in Palestine for Jewish people.

For Jews, it was their ancestral home, but Palestinian Arabs also claimed the land and opposed the move.

Between the 1920s and 40s, the number of Jews arriving there grew, with many fleeing from persecution in Europe and seeking a homeland after the Holocaust of WWII.
Violence between Jews and Arabs, and against British rule, also grew. 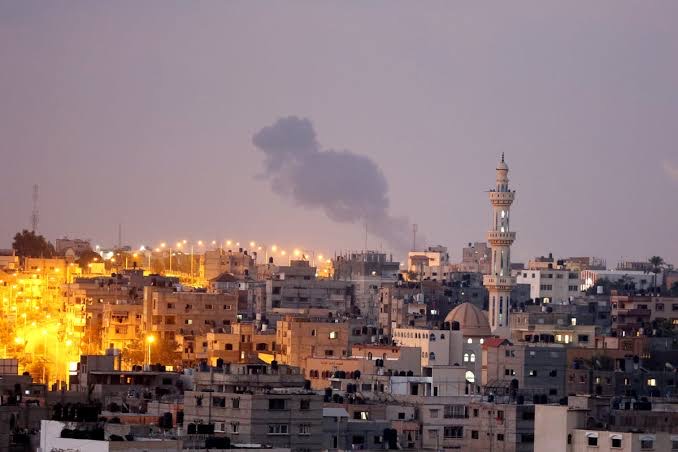 In 1947, the UN voted for Palestine to be split into separate Jewish and Arab states, with Jerusalem becoming an international city.
That plan was accepted by Jewish leaders but rejected by the Arab side and never implemented. 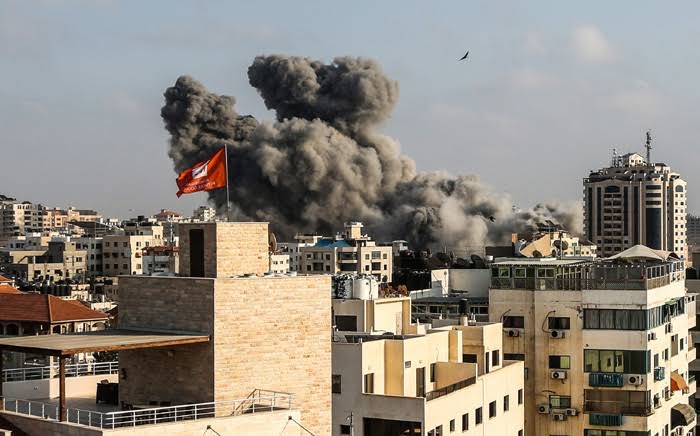 In 1948, unable to solve the problem, British rulers left and Jewish leaders declared the creation of the state of Israel.

Many Palestinians objected and a war followed. Troops from neighbouring Arab countries invaded.

Hundreds of thousands of Palestinians fled or were forced out of their homes in what they call Al Nakba, or the “Catastrophe“. By the time the fighting ended in a ceasefire the following year, Israel controlled most of the territory.

Jordan occupied land which became known as the West Bank, and Egypt occupied Gaza.
Jerusalem was divided between Israeli forces in the West, and Jordanian forces in the East.
Because there was never a peace agreement – each side blamed the other – there were more wars and fighting in the decades which followed.

In another war in 1967, Israel occupied East Jerusalem and the West Bank, as well as most of Syrian Golan Heights, and Gaza and the Egyptian Sinai peninsula.

Most Palestinian refugees and their descendants live in Gaza and the West Bank, as well as in neighboring Jordan, Syria and Lebanon.

Neither they nor their descendants have been allowed by Israel to return to their homes – Israel says this would overwhelm the country and threaten its existence as a Jewish state.

Israel still occupies the West Bank, and although it pulled out of Gaza the UN still regards that piece of land as part of occupied territory.

Meanwhile, United States is one of only a handful of countries to recognise Israel’s claim to the whole of the city.

In the past 50 years Israel has built settlements in these areas, where more than 600,000 Jews now live.

Palestinians say these are illegal under international law and are obstacles to peace, but Israel denies this.

Tensions are often high between Israel and Palestinians living in East Jerusalem, Gaza and the West Bank. 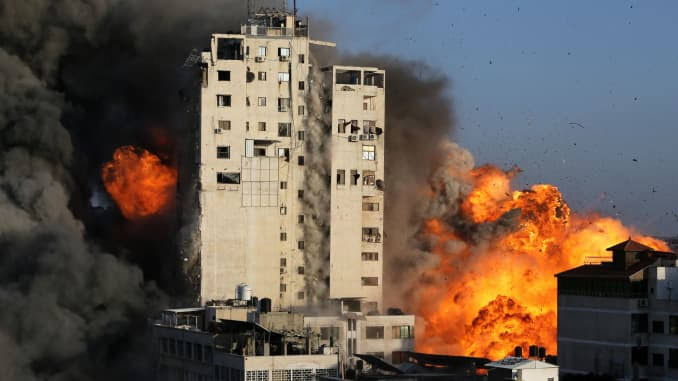 Gaza is ruled by a Palestinian militant group called Hamas, which has fought Israel many times. Israel and Egypt tightly control Gaza’s borders to stop weapons getting to Hamas.

Palestinians in Gaza and the West Bank say they’re suffering because of Israeli actions and restrictions. Israel say it is only acting to protect itself from Palestinian violence.

Things have escalated since the start of the holy Muslim month of Ramadan in mid-April 2021, with nightly clashes between police and Palestinians.

The threatened eviction of some Palestinian families in East Jerusalem has also caused rising anger.

There are a number of issues which Israel and the Palestinians cannot agree on.
These include what should happen to Palestinian refugees, whether Jewish settlements in the occupied West Bank should stay or be removed, whether the two sides should share Jerusalem, and – perhaps most tricky of all – whether a Palestinian state should be created alongside Israel.

Peace talks have been taking place on and off for more than 25 years, but so far have not solved the conflict.

As at Saturday, the death toll from the fighting in Gaza was at least 122, including 31 children and 20 women, with 900 wounded, according to Health Ministry.

Hamas and Islamic Jihad militant groups have confirmed 20 deaths in their ranks, though Israel says that number is much higher. Eight people have been killed in Israel, including a 6-year-old boy and a soldier.

EU To Hold Urgent Talks On Israel-Palestinian Fighting On Tuesday