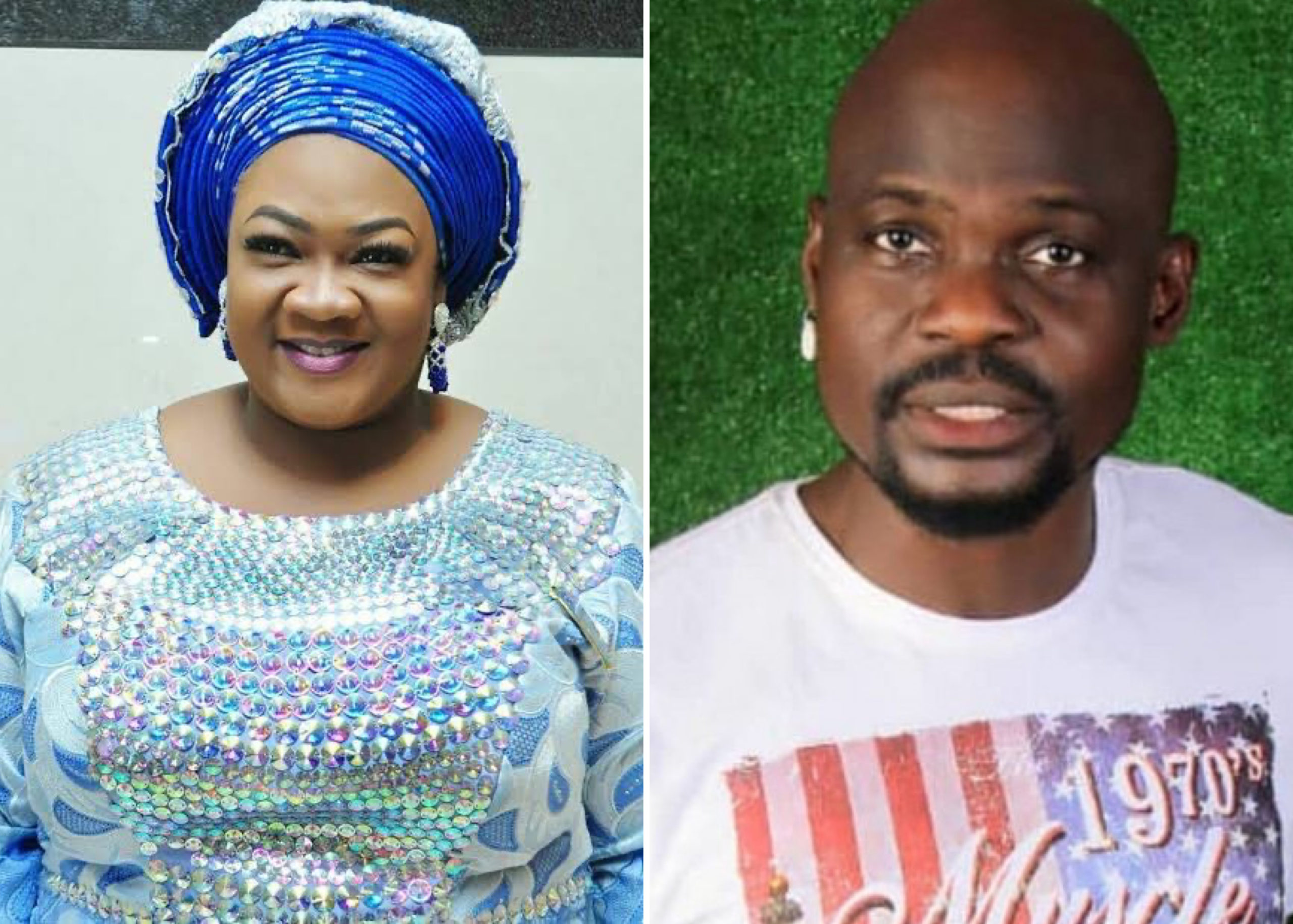 Comedian, Damilola Adekoya aka Princess has denied authorising the release of CCTV footage of embattled Yoruba actor, Olanrewaju Omiyinka, aka Baba Ijesha, molesting a 14-year-old teenager in her custody.

Since the story of Baba Ijesha’s alleged molestation mess came to the fore in April, there had been clamour for release of CCTV evidence.

It became stronger after Princess hosted an Instagram live chat where she revealed she ‘‘watched Baba Ijesha molest and lick my daughter non-stop for 30 minutes on the CCTV.”

Then this morning, ThePunch released the footage which captured the moment Baba Ijesha was molesting the minor.

CCTV footage of embattled kissing and fondling sensitive parts of the body of 14-year-old girl whom he allegedly raped surfaced online on Sunday morning.

The eight-minute long footage, which MDB viewed, sees the actor licking and sucking the fingers of his victim.

The footage has since been yanked off major news outlets following a public outcry and a disclaimer released by Princess through her legal counsel, Ibilola Subair.

Mrs Subair, in a statement on Sunday, confirmed that her client had indeed authorised the disclaimer.

In the disclaimer, Princess said she would not be responsible for any liability that results from the release of the footage.

Our Client disclaims any liability or responsibility whatsoever that arises from the publication of the video on the internet or any other social media platform showing Olanrewaju James Omiyinka (aka. Baba Ijesha) molesting Our Client’s foster daughter.

Read the statement from Princess below; 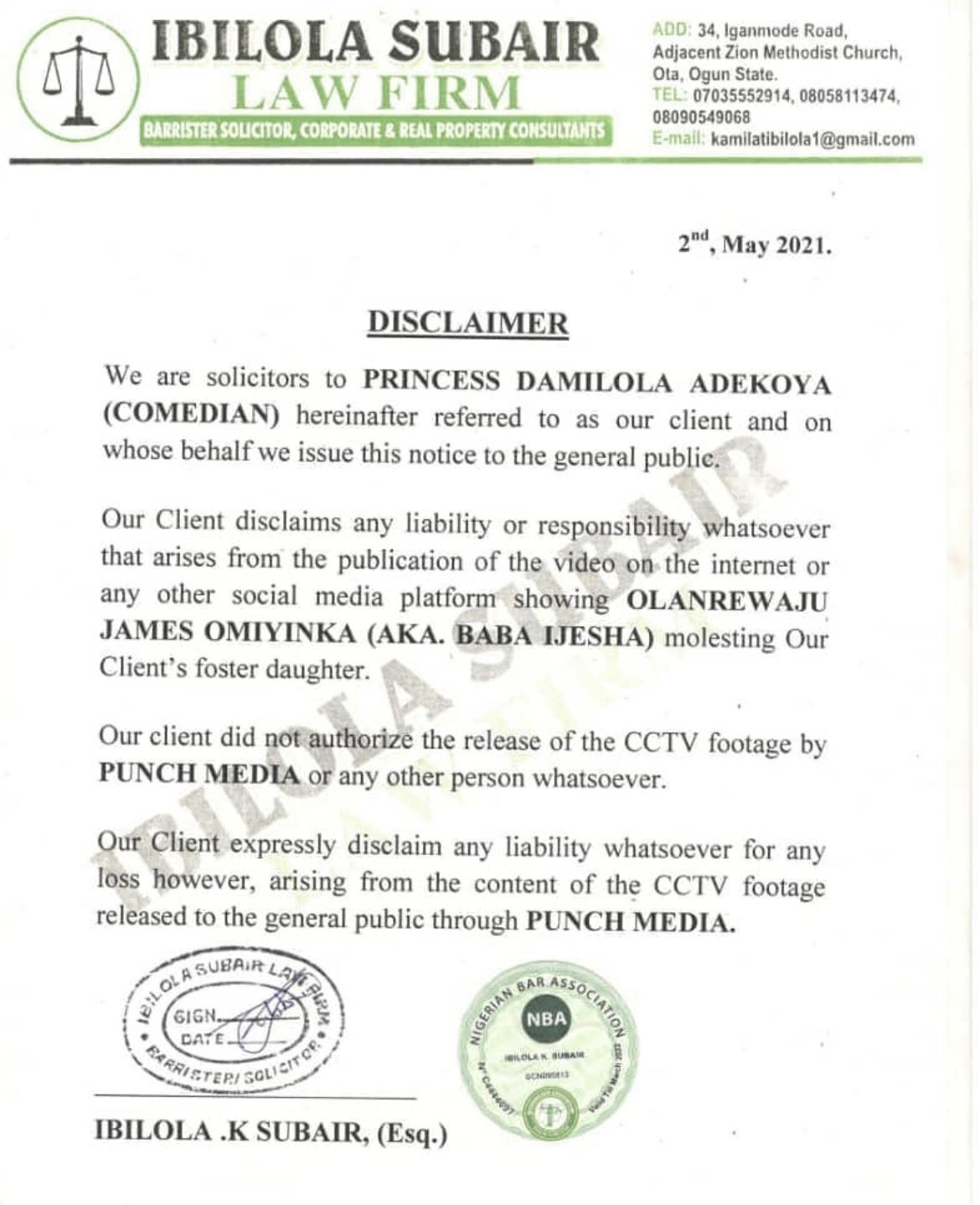