Parent Of Abducted Afaka Student Narrates How N800,000 Was Given As ‘Transport Fare’ To ‘Fulani Man’ Through Sheikh Gumi (Video) 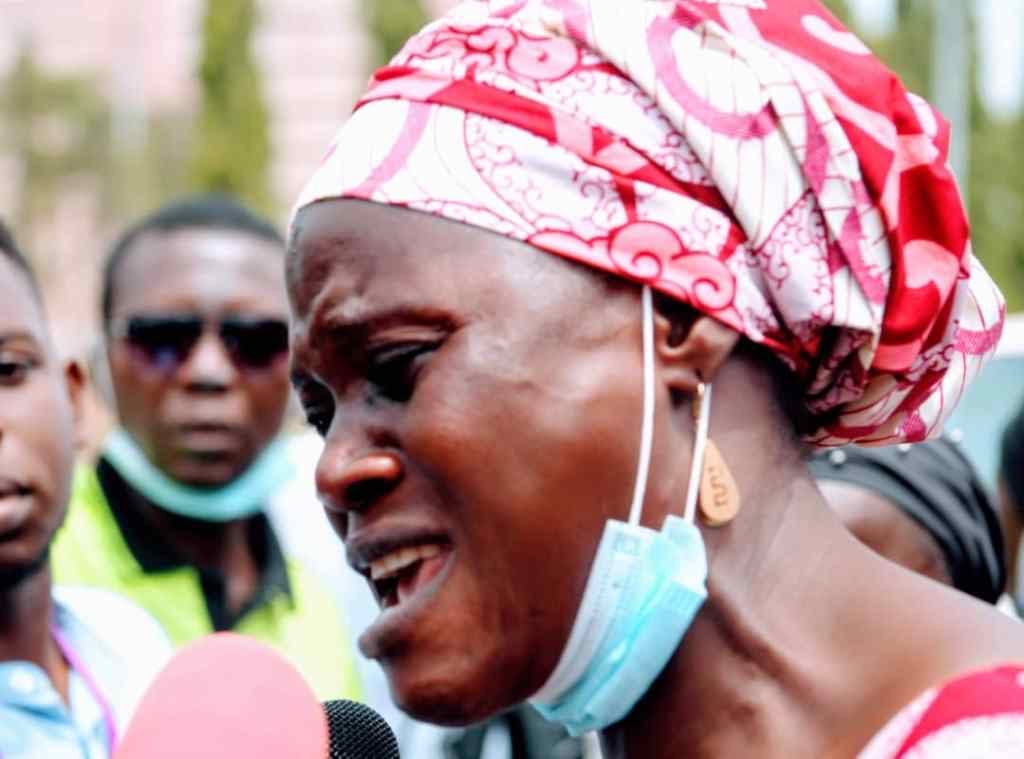 One of the parents of kidnapped students of Federal College of Forestry Mechanization, Afaka in Kaduna State, has narrated how parents of the abductees paid N800,000 to a certain “Fulani man” through  renowned Islamic cleric, Sheikh Ahmad Gumi, in their bid to secure the release of their children.

The woman made the disclosure on Tuesday when parents and relatives of the abductees protested in front of the National Assembly.

The protesting parents were joined by members of Students Union Government (SUG) of the institution as well as civil society organisations.

On March 11, 39 students were kidnapped from their hostels by bandits dressed in military uniforms. Ten of the students have been released with 29 still with their abductors.

In a video by RootsTV, one of the mothers of the kidnapped students said;

We had been going for several committee meetings; we were taken to meet Sheikh Gumi for a meeting. We were directed to a man called Ahmed who invited a Fulani man whom they gave N800,000. The money, we were told, was just for transport.

I cried, I told him I am a widow and I don’t have a husband, I am just training this boy to help me tomorrow. I begged him and he said it was none of his business. We tried to begging and he said no, until we pay about N500 million.

“They took us to #Gumi‘s house, he directed us to an Ahmed, who invited a Fulani man from #Kaduna, we contributed N800,000 for him, he told us that was just for transport. I cried and pled with him, saying I’m a widow. He said it wasn’t his concern” – Kidnapped Student’s Mother pic.twitter.com/lh5sRxKgAt

The protest comes more than 50 days after the students were taken into custody by the kidnappers. Another woman said the kidnappers called her for almost two weeks asking how much the parents were able to raise.

Most of the parents who are widows, petty traders and poor, could however not raise the money and depended on the government to help out.

The woman, also a mother of one of the kidnapped students, stressed;

We told them all we were trying to do was to get the government to assist us. Then he asked us if we were going to abandon our children if the government failed to pay.

Watch the video of the interview below;

Prince Philip’s Cause Of Death Listed As ‘Old Age’