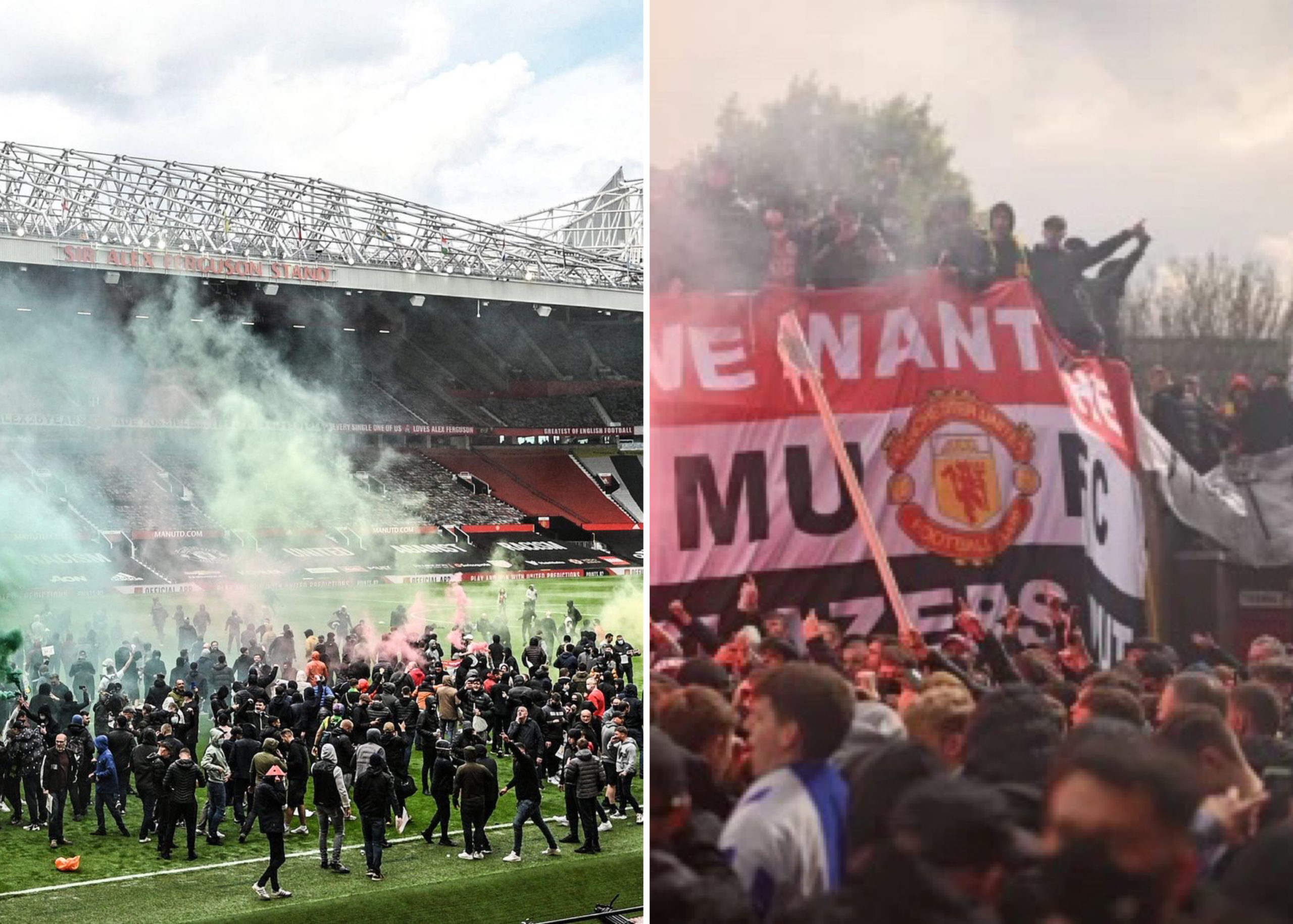 Manchester United’s home game against Liverpool on Sunday has been postponed to a later date after about fans broke into their Old Trafford stadium to protest against the Glazer family’s ownership of the club.

The game was set to kick off at 4:30pm but was put back on safety grounds. United fans got on to the pitch to protest and, after they were removed, some got back on to it later on.

There also appeared to be a protest outside the hotel where the United players stayed before the game. 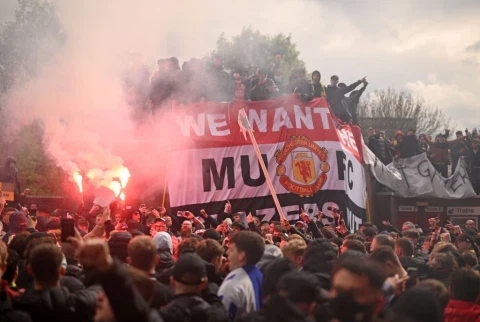 United in a statement expressed;

Following discussion between the Police, The Premier League, Trafford Council and the clubs, our match against Liverpool has been postponed due to safety and security considerations around the protest today. Discussions will now take place with the Premier League on a revised date for the fixture.

Our fans are passionate about Manchester United, and we completely acknowledge the right to free expression and peaceful protest.

However, we regret the disruption to the team and actions which put other fans, staff, and the police in danger. We thank the police for their support and will assist them in any subsequent investigations. 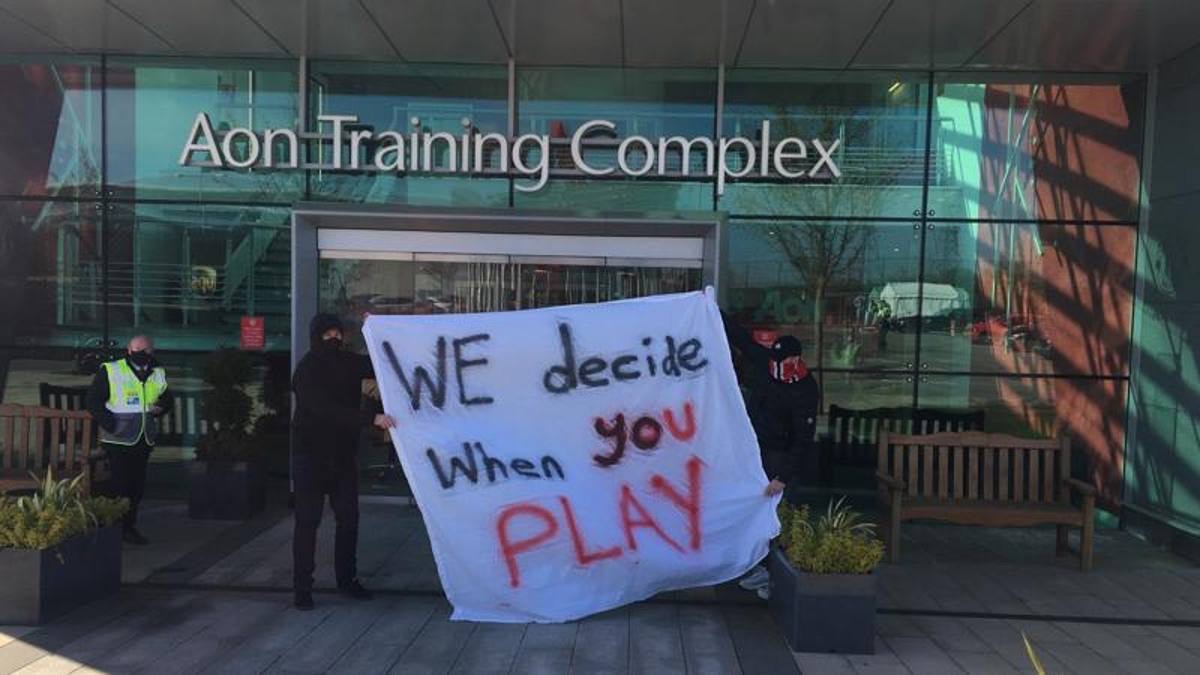 Hundreds of fans managed to make their way into the ground and onto the pitch, chanting “we want Glazers out.”

Anger towards the Glazers was reignited by United’s part in a proposed European Super League (ESL) that collapsed within 48 hours last month due to a backlash from fans, players, governments and governing bodies. 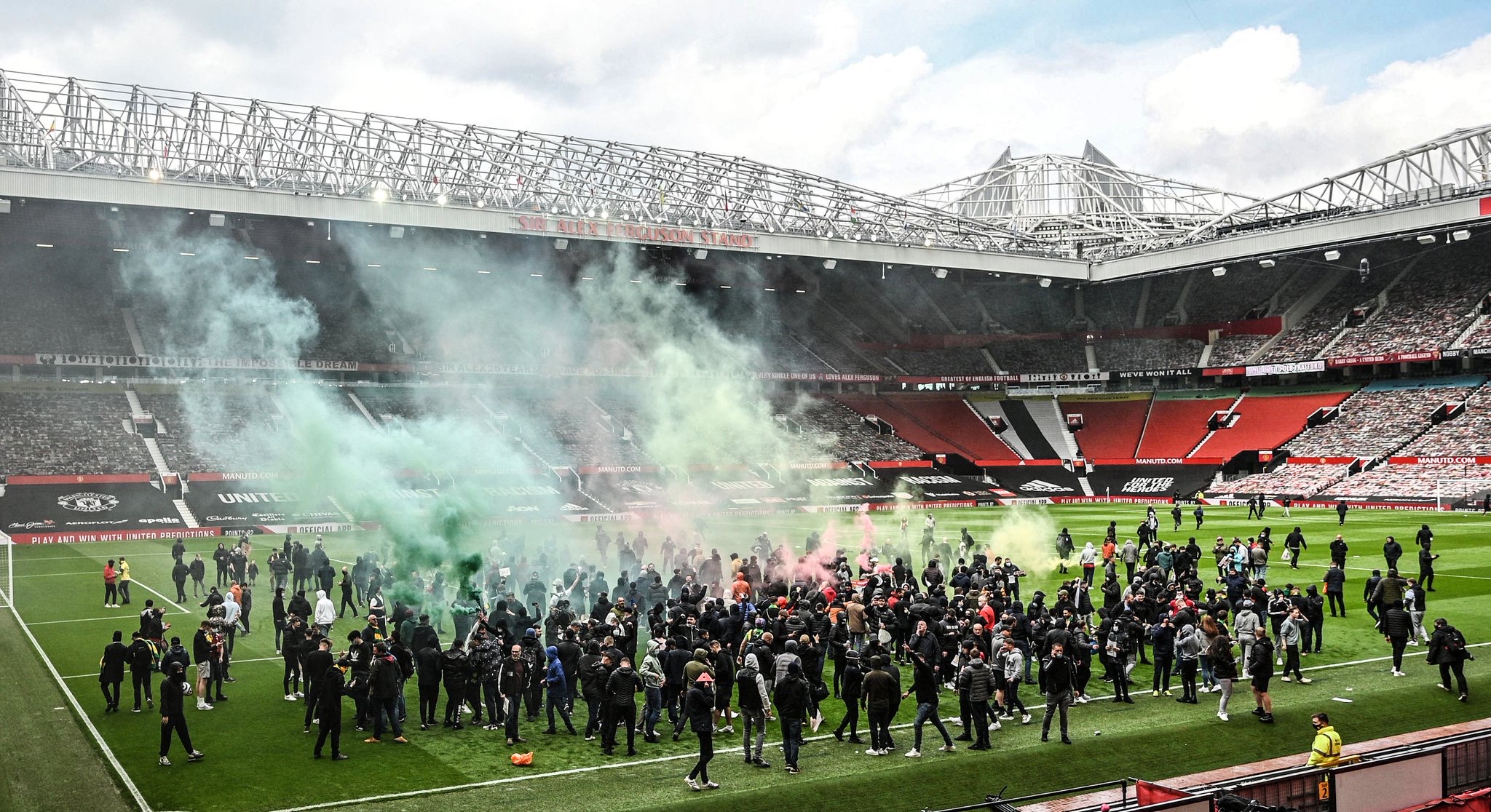 United were reportedly one of the leading drivers behind the project that sought to guarantee top level European football for 15 founder members every season without the need to qualify on the pitch.

In a rare public statement, United co-chairman Joel Glazer apologised to fans for signing up to ESL. 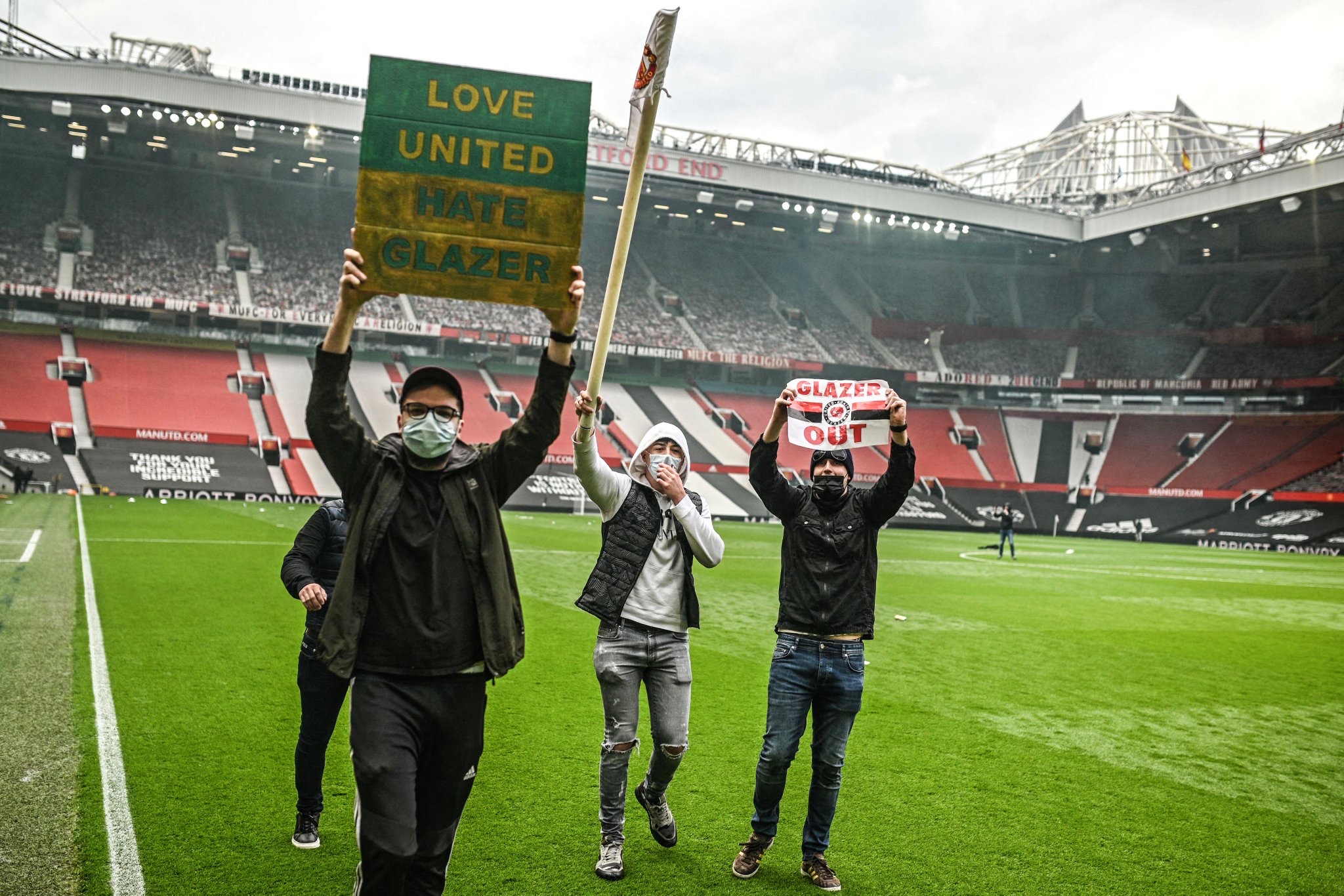 You made very clear your opposition to the European Super League, and we have listened. We got it wrong, and we want to show that we can put things right.

Although the wounds are raw and I understand that it will take time for the scars to heal, I am personally committed to rebuilding trust with our fans and learning from the message you delivered with such conviction. 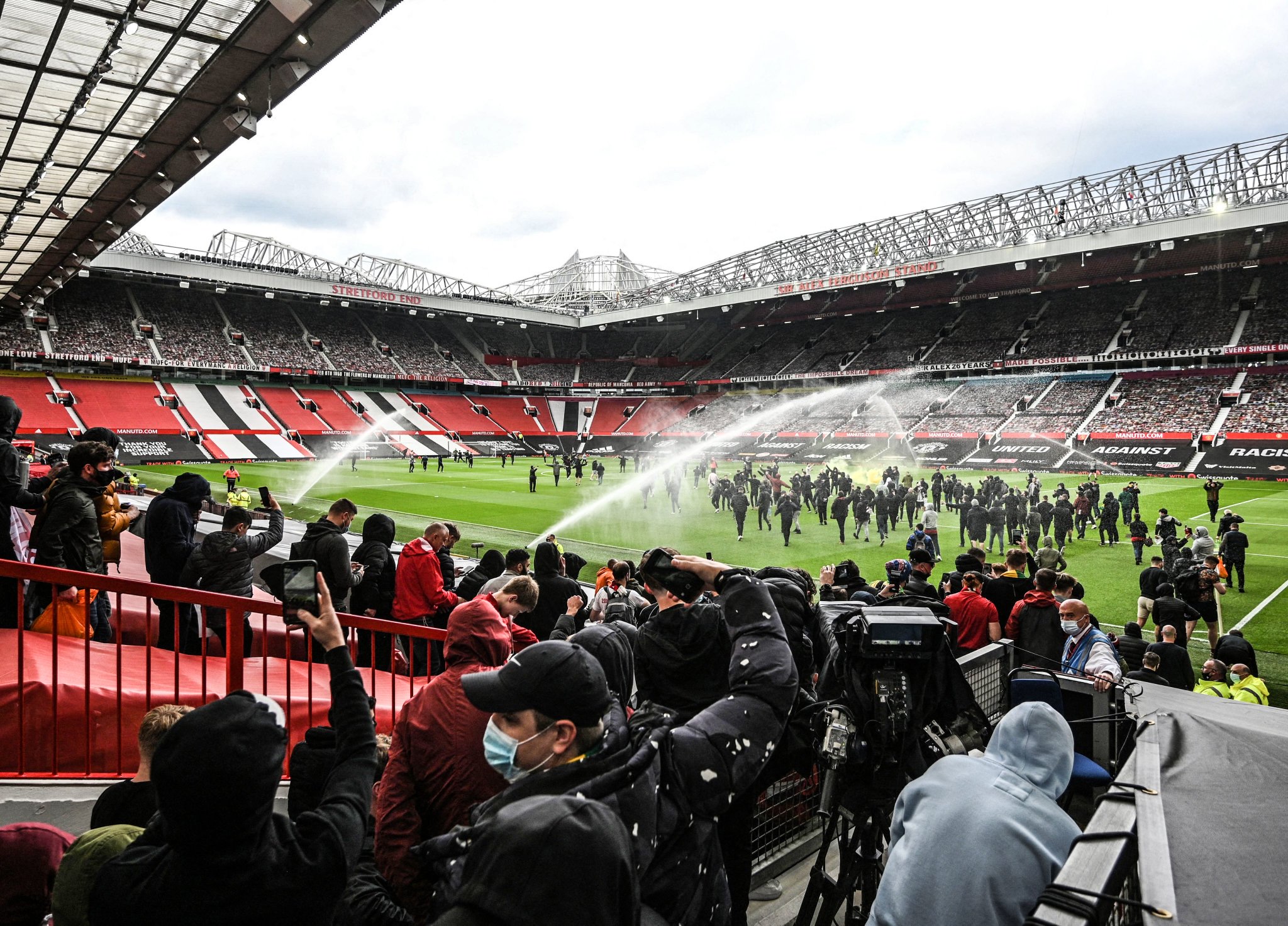 The Americans have owned United since a controversial leveraged takeover in 2005 saddled the club with hundreds of millions of pounds worth of debt.

As the English giants have paid off huge interest payments, amounting to over £800 million ($1.1 billion), in the last 16 years, the Glazers have still regularly drawn out millions in dividends from their shares.

‘I’m Back Where I Belong!’ – Ronaldo Speaks On Return…