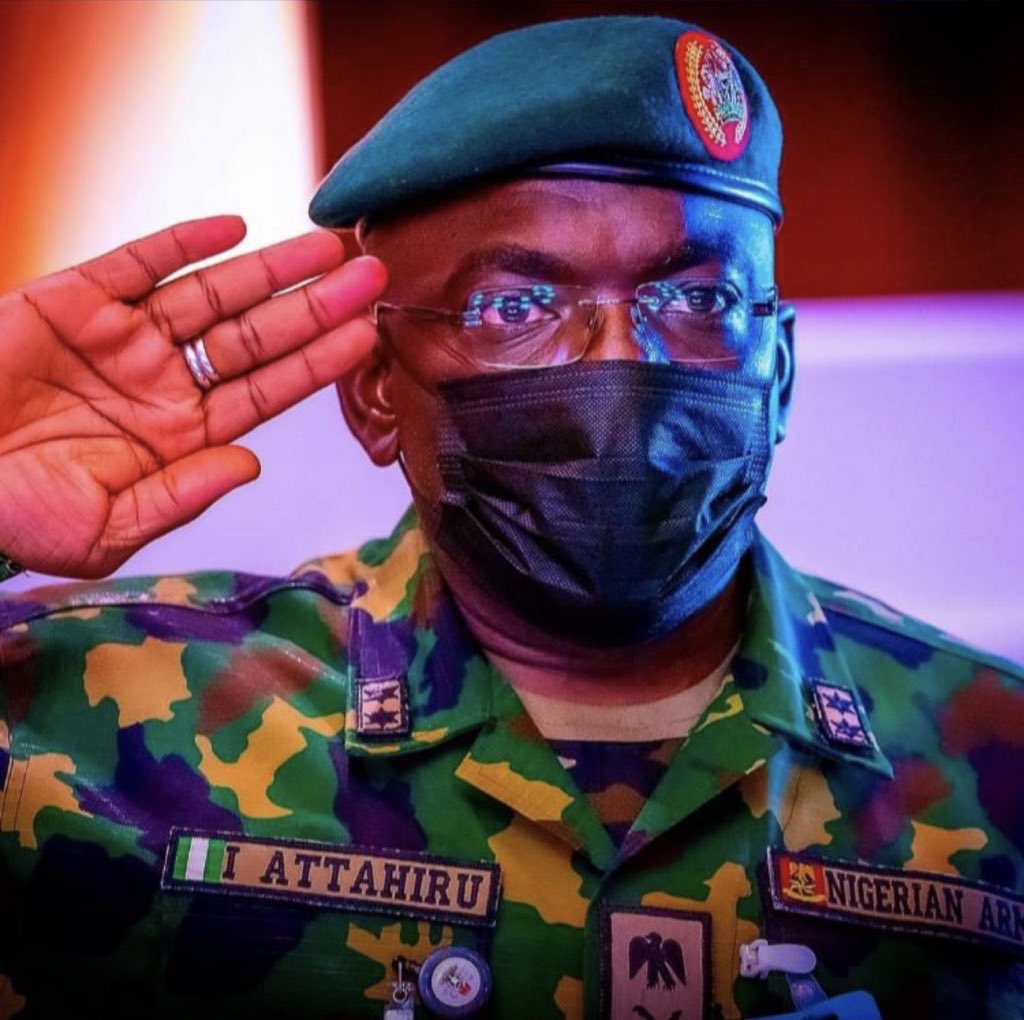 Presidency has on Friday evening, May 21 confirmed the death of Chief Of Army Staff, General Ibrahim Attahiru who died in a plane crash today.

MDB earlier reported that Attahiru with at least 8 others were involved in a plane crash at Kaduna state international airport.

The military aircraft was carrying the Chief of Army Staff and other top military personnel, with reports suggesting there was no survivor in the crash.

The aircraft reportedly crashed at the runway of Kaduna international airport at about 6 pm while it was raining heavily with about 12 people on board feared dead.

The country’s Air Force in a tweet confirmed that there was an accident involving one of its aircraft in Kaduna but did not go into details about the victims.

Personal assistant to the president on new media, Bashir Ahmed has now confirmed Attahiru’s by sharing a photo of the chief of army staff, and gave a heartbreak reaction.

Ahmed also shared a photo of President Muhammadu Buhari decorating the COAS during their decoration ceremony in March 2021.

The development comes barely four months after he was appointed as chief of army staff in replacement of Lt. Gen. Tukur Buratai.

The officers apparently were on their way to Kaduna State ahead of tomorrow’s passing out parade of soldiers from Nigerian Army Depot in Zaria.

Meanwhile, this is the second time in a year that a military aircraft has crashed and one has gone missing.

On February 21, a Nigeria Air Force military plane, Beechcraft B350i, crashed close to Nnamdi Azikiwe International Airport on its way to Minna, Niger State. The plane had an engine failure and all seven officers on board died.

Shortly after, on April 1, a Nigerian Air Force fighter jet which was on a surveillance mission in Borno State, in the North East, went missing.

The plane lost radar contact and disappeared “while on interdiction mission in support of ground troops. The mission was part of the ongoing counterinsurgency operations in the North East.”

He was a member of the Regular Course 35 of the Nigerian Defence Academy.

Before his appointment as the Chief of Army Staff, he was General Officer Commanding 82 Division of Nigerian Army, Enugu.

He was also a former Theatre Commander of the Operation Lafiya Dole.

Just In: Chief Of Army Staff Orders Release Of Female…