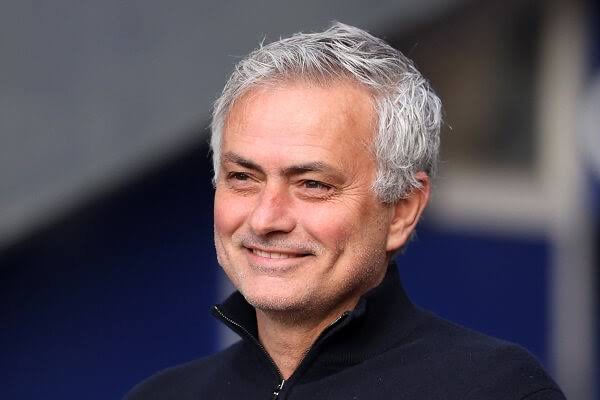 Jose Mourinho has on Tuesday, May 4 been appointed manager of AS Roma and he will take over the club for 2021-22 season.

The former Tottenham Hotspur coach, 58, signed a three-year deal that will take him through to 2024. It also ushers in a return to Serie A for Mourinho, who won the treble with Inter Milan in a two-year spell at the San Siro from 2008 until 2010.

It would be recalled that Tottenham Hotspur sacked him on Monday, April 19 after 17 months in charge of the London club. However, the club did not state a reason for its action.

The club are delighted to announce an agreement has been reached with Jose Mourinho for him to become our new head coach ahead of the 2021-22 season.

The club are delighted to announce an agreement has been reached with Jose Mourinho for him to become our new head coach ahead of the 2021-22 season.
#ASRoma pic.twitter.com/f5YGGIVFJp

‘We are thrilled and delighted to welcome Jose Mourinho into the AS Roma family,’ club president Dan Friedkin and vice-president Ryan Friedkin said.

A great champion who has won trophies at every level, Jose will provide tremendous leadership and experience to our ambitious project. The appointment of Jose is a huge step in building a long-term and consistent winning culture throughout the club.

On his part, Mourinho said;

Thank you to the Friedkin family (Roma’s owners) for choosing me to lead this great club and to be part of their vision.

After meetings with the ownership and Tiago Pinto (Roma’s general manager), I immediately understood the full extent of their ambitions for AS Roma. It is the same ambition and drive that has always motivated me and together we want to build a winning project over the upcoming years.

The incredible passion of the Roma fans convinced me to accept the job and I cannot wait to start next season.

In the meantime, I wish Paulo Fonseca all the best and I hope the media appreciate that I will only speak further in due course. Daje Roma!

For now, Mourinho will be working for radio station talkSPORT across the summer with their coverage of Euro 2020.

However, the Portuguese coach had underlined his desire to make a swift return to the dugout and he replaces Paolo Foncesca, who Roma announced earlier on Tuesday will be leaving the club at the end of the season.

Roma sit seventh in the Serie A standings at present and were thrashed 6-2 by Manchester United in the first leg of their Europa League semi-final at Old Trafford last Thursday. The return leg in Italy is on Thursday.

His appointment means a potential reunion with former Manchester United players, Chris Smalling and Henrikh Mkhitaryan, who he didn’t enjoy the most seamless relationship with during his time at Old Trafford.

Harry Kane Says He Will Stay At Tottenham Amid Manchester…