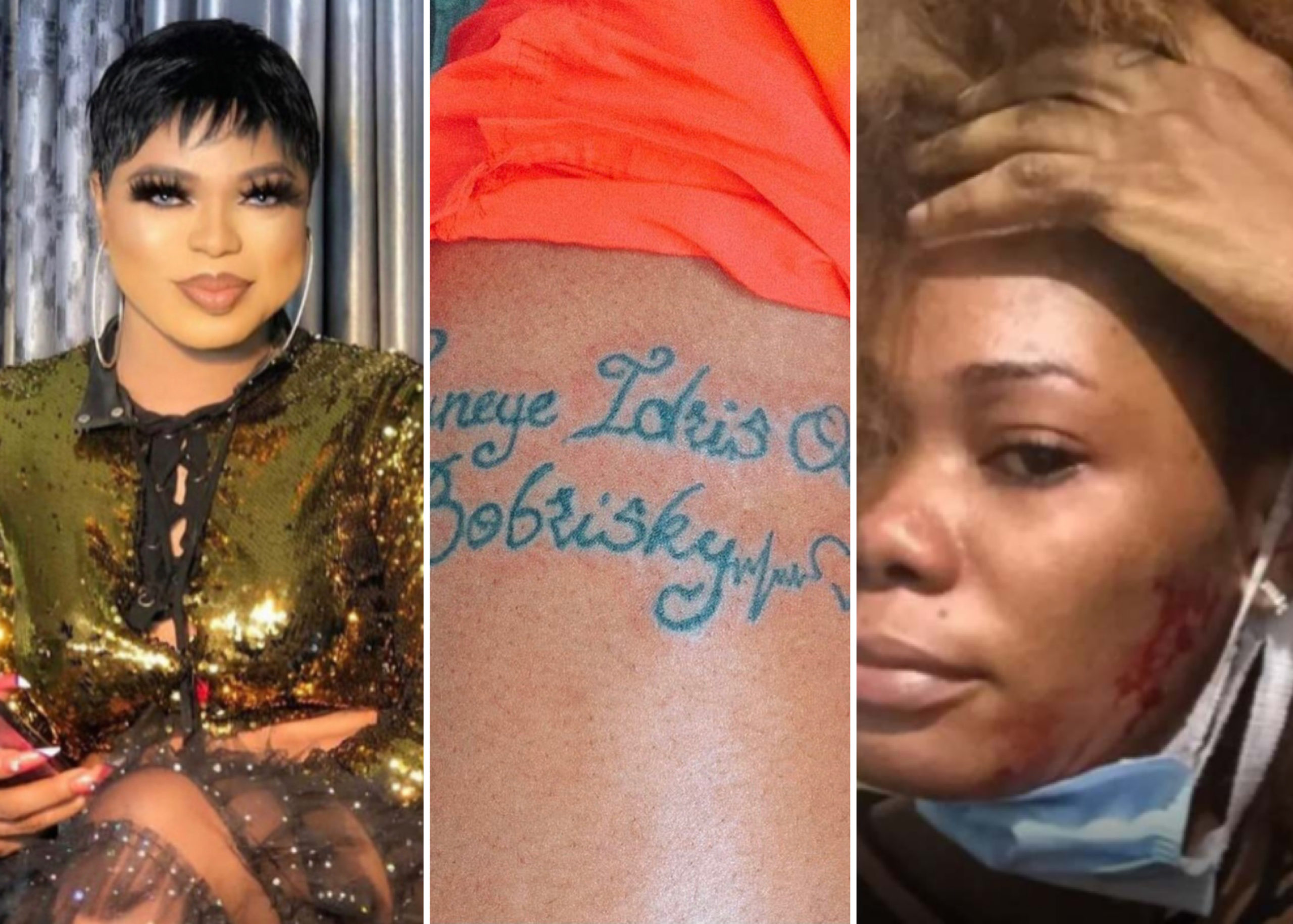 A young Ivorian lady who tattooed Nigerian crossdresser, Bobrisky, has called him out for allegedly assaulting her.

Recall that in February 2021, the lady identified as Kyme Oye, claimed she was a big fan of the controversial socialite and inked a tattoo of Bobrisky’s full name and nick on her arm. 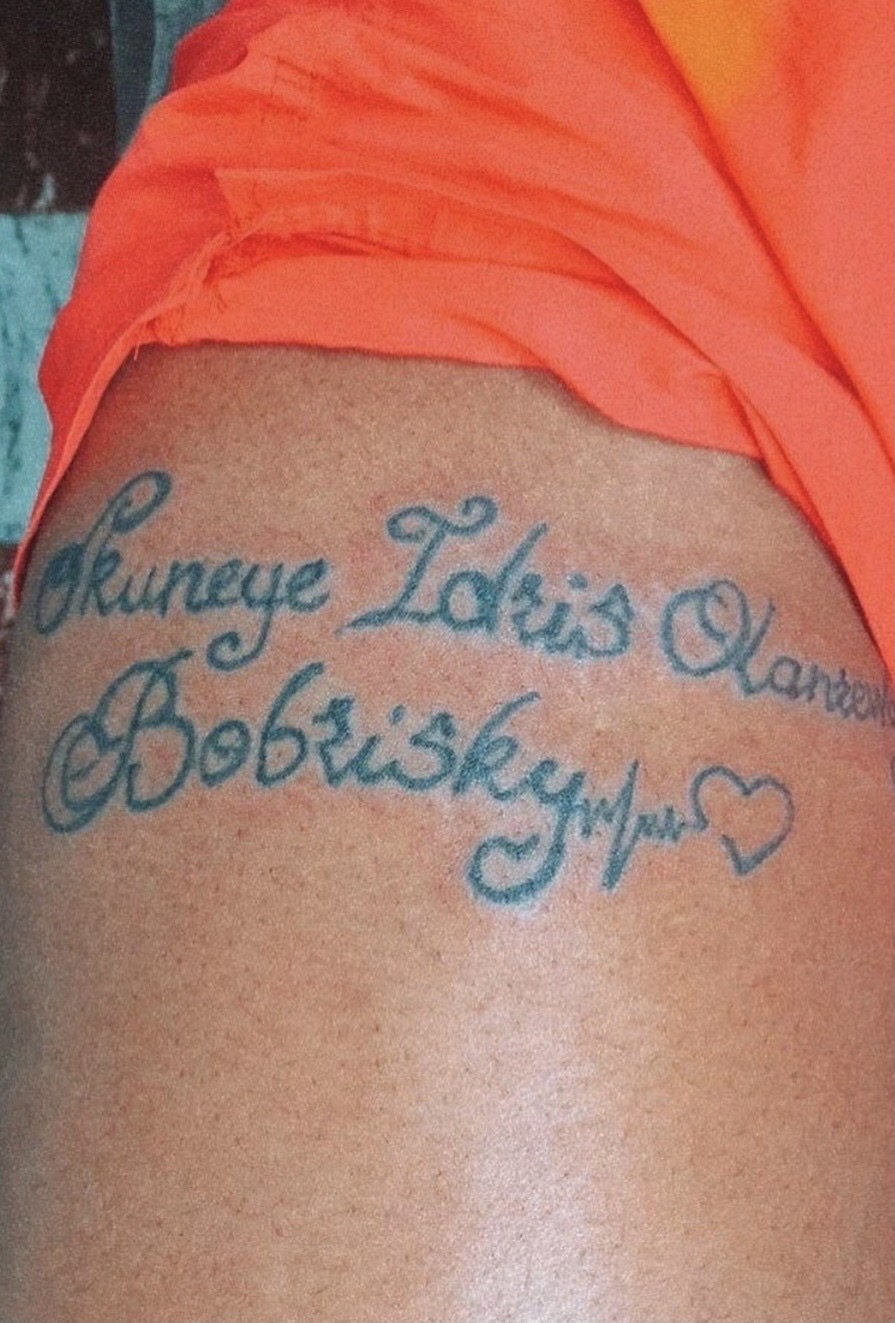 In reaction to this, the crossdresser promised her some money alongside a lady named Anumba Gift, who he vowed to give the sum of 1 million naira, first class ticket and visa to Nigeria for a visit, and a trip to Dubai.

Read Also: Bobrisky To Gift Diehard Fan Who Tattooed His Face On Her Back N1m, Trip To Dubai, New Phone

In a new development, the lady who has reportedly been in Bobrisky’s house for the past three months alleged that the crossdresser physically assaulted her.

The lady in an Instagram post called out Bobrisky accusing him of not being fair to her and mistreating her for a while now but won’t take it anymore after he assaulting her and sending her out of his house.

Read Also: Lady Who Tattooed Bobrisky’s Face On Her Back Says She Has Been Disowned By Father (Video)

According to the lady, she forgot to let Bobrisky know that the hairstylist won’t be able to come and untie his hair as scheduled and he hit her with a speaker, damaging her face with it and sent her packing. 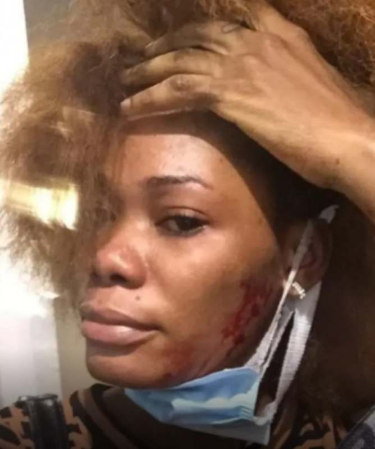 Adding that Bobrisky knows very well that she doesn’t know anyone in Nigeria and has nowhere gone, the cross dresser still sent her packing out of his house.

She accused Bobrisky of being a devil and a wicked manipulator, adding that the crossdresser is a liar who pretends to be nice to please the public.

Sharing a video of her battered face while narrating what transpired the lady wrote;

I don’t want to talk about it but I can’t hide it anymore last week Sunday this is what Bobrisky did to me because I forgot to call the hair stylist to come and loose his hair i was trying to explain that I called him but the day I called him he didn’t come so the next day evening he called me because I forgot to tell him he he hit me with a speaker on the face and slap me when I wanted to explain myself, and ask me to pick my stuff and leave his house.

Where should I go me that I dont know Nigeria so I call my mom on video call when she say me crying with blood on my she asked me to come back to Ivory Coast ! No mother we see this and we be happy have been facing a lot with him but I was still holding on because I dont want to leave his house with Quarrel or fight but here is the real reason why I came back to my country is better am happy with family than crying in a big house because of fame.! I gain anything lying to you guys but you can still think what you want.!

Watch a video of her speaking below;

Bobrisky Comes For Ailing Young Man Who Inked His Face On…