Iranian Film Director Killed, Dismembered By Parents For Not Being Married At 47 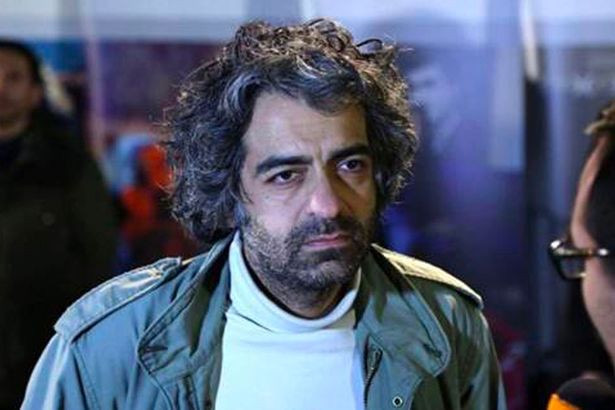 A popular film director in Iran, Babak Khorranmdin, has reportedly been murdered by his family in an honour killing row over not being married at 47.

Khorranmdin, who is a London-based film director, was sedated and cut into pieces, and his body parts were discovered in bins and a suitcase on Sunday, May 16 after he returned from living in London, iranwire.com reported.

The movie director’s parents confessed to killing him and doing the same to their daughter three years ago and their son-in-law ten years ago, Iranian media reported.

He was killed following an argument between him and his father, who was angry that his son wasn’t married at 47, it is alleged.

The father was in handcuffs when the couple appeared in court in Tehran on Wednesday.

Mohammad Shahriari, the head of the Tehran Criminal Court, said the father confessed he anaesthetised his son, stabbed him to death, cut up his body and threw the body parts in the rubbish.

In their latest statements to police, the parents confessed to murdering and dismembering their daughter and son-in-law in recent years, Tasnim News Agency reported.

His father confessed to the killing after he and his wife were arrested in Ekbatan, west Tehran, according to Rokna news agency.

Because of the disputes we had, I sedated him this morning (Sunday) by giving him anaesthetics, then stabbed him to death. Then I dismembered his body and threw it in the nearest trash can on the street with my wife.

Tehran’s Police Station found evidence of the murder whilst searching the family home, it was reported.

According to Iran International TV, the honour killing “has shocked the country“.

I think the horrific death of Babak Khorramdin is only the latest example of a long pattern of domestic violence that we have seen in Iran.

It follows the tragic death of Ali Fazeli Monfared, who was killed by family members after they found out he was gay. That is not to mention the case last year of Romina Ashfrafi, a 14-year-old girl who was beheaded by her father in an honour killing.

Despite a child protection law being passed in 2020 in Iran, honour killings and domestic violence continue more broadly, and this is an area the international community needs to address with Iran.

Since the news broke, tributes from friends who knew Khorramdin through his work and studies in UK cinema have been pouring in.

He moved to London a year after graduating from Faculty of Fine Arts of the University of Tehran in 2009 with a master’s degree in cinema.

Khorramdin studied film in the capital and had returned to Iran to teach the subject to his country folk when he was killed.

His credits include a number of short films made in London, including Crevice and Oath to Yashar, which tells the story of a fictional young man’s experience of moving to London to study and missing his family back home.