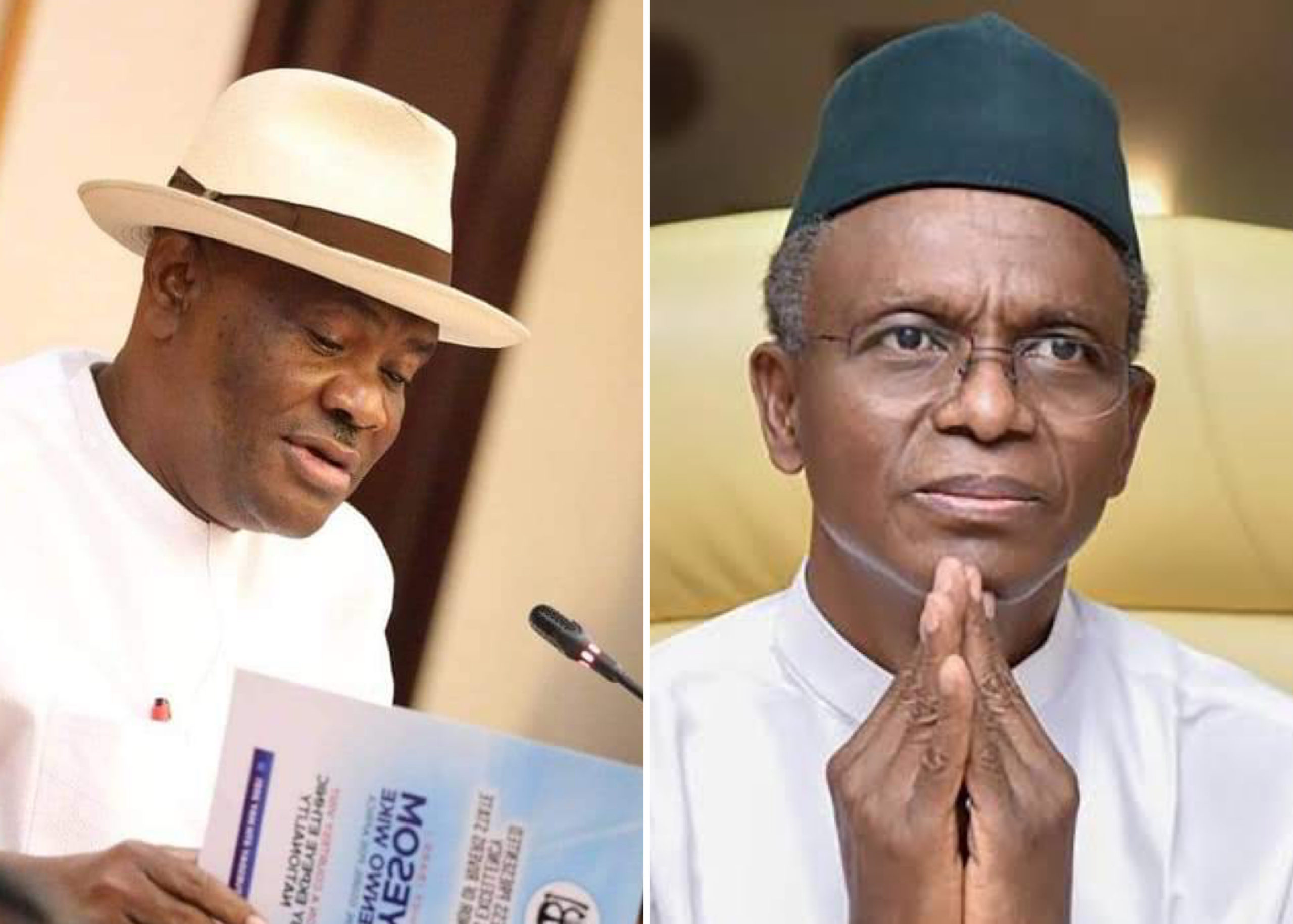 Governor Nyesom Wike of Rivers State has alleged that the governor of Kaduna State, Nasir El-Rufai, is reaping from the evil he plotted against Rivers in the past.

Wike, in a statement by Kelvin Ebiri, his media aide, stated this on Friday when Obiageli Ejezie, Vice President of the Rotary Club of Port Harcourt, led other leaders of the association to Government House, Port Harcourt, to confer on him 2019-20 Good Governance Award for his exceptional achievements in project execution in Rivers State.

The Governor also stated that All Progressives Congress, APC-led Federal Government under President Muhammadu Buhari has dragged Nigeria 50 years backwards due to its “abysmal” performance.

Wike alleged that APC had mismanaged the opportunity Nigerians gave them to make a difference and deserve to be voted out in 2023.

The governor, in a statement by his media aide, Kelvin Ebiri, told the delegation that in 2015, the APC convinced Nigerians that they were going to offer better governance than former President Goodluck Jonathan.

He argued that after assuming the top office, the ruling party had continued the country on the path of retrogression.

There can’t be good governance without security and this is based on the rule of law. All of us are living witnesses that in 2015, it was alleged that the government of former President Goodluck Jonathan could not perform. So, Nigeria needed a change. What has happened to the change? They have taken Nigeria back by 50 years.

The Governor wondered for how long the APC-led Federal Government would allow the needless killings and abduction of innocent Nigerians to continue.

Wike accused the Federal Government of instigating security crises in Rivers, saying the APC governors visited the Presidency to demand the withdrawal of a commissioner of police from Rivers state.

Now, in order to cause crises in our state, they brought the CP they wanted. At the end of the day, God did not allow them to have their way. But see what is happening in his state now. When you are plotting evil against somebody, evil will visit you. And that is the problem Governor el-Rufai is facing today in Kaduna State.

I remember when I came in 2015, when they were honouring one of their friends as a minister on live television, Channels, el-Rufai had the temerity to say (my) election could not stand in Rivers State and that they would kick me out.

However, El Rufai has in time past claimed that insecurity in Kaduna was not as bad as Niger, Katsina and Zamfara, saying the media only focused attention on his state because it fitted into their narrative of ethnic clashes.

The Governor claimed that in Katsina and Niger states, entire villages were sacked by bandits but nothing of such happened in Kaduna state.

Recall that the nose-diving security situation in Nigeria is increasingly put President Buhari under pressure as prominent Nigerians, among whom are governors, former political office holders, clerics and Nobel Laureate, Professor Wole Soyinka, have started to speak out in condemnation of his alleged inaction.

The past three weeks have particularly been traumatic for the country, with killings, abductions and attacks on communities and security agencies, especially as the killing of police officers continues unabated.