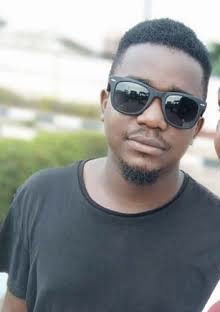 Reports that 20-year-old Akpan, who allegedly lured Umoren with a job offer and subsequently raped and killed her, had committed suicide, was rife online today.

The reports claim that he committed suicide with his trousers tied to metal after having his meal.

Dismissing the report, Commissioner for Police in Akwa Ibom state, Andrew Amiengheme, in an interview with The Nation, said;

A friend of the deceased lady, Umoh Uduak, who raised alarm about the lady’s disappearance over a week ago, disclosed this in a tweet on Tuesday with questions regarding getting justice for her Umoren.

Umoren, a fresh graduate of the University of Uyo, few week ago made a tweet about being in need of a job and she got many replies in that regard.

She was allegedly invited by a young man, Frank Ezekiel Akpan, suspected to have kidnapped her as she could not be reached on her telephone lines.

Umoh raised an alarm on social media, pleading for help over the recovery of her missing friend who had gone job-hunting on the outskirts of Uyo.

Following this, Nigerians on social media helped with a virtual search as many trended the hashtag #FindHinyHumoren while many others traced the alleged kidnapper’s Facebook name, phone number, workplace, among others.

The police, after much pressure on social media, however, started an investigation and Umoren’s death was confirmed on May 2.

According to the Akwa Ibom State Police Command, Odiko Macdon, the culprit confessed he raped, killed and buried her in a shallow grave.

Airlines Suspend Flights To Israel Amid Clash With Hamas, Palestinians