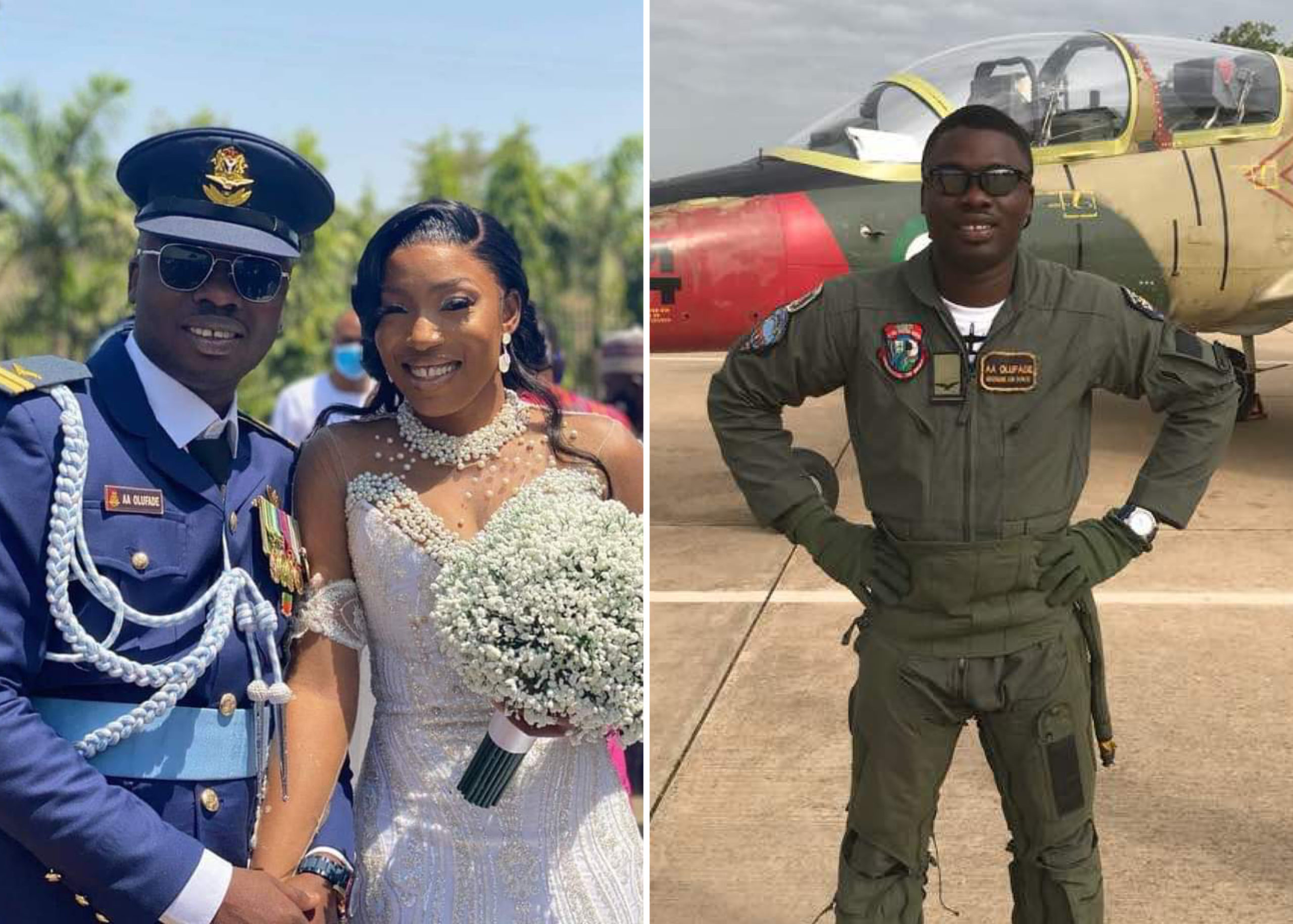 Friends, family members and associates of a Nigerian Air Force pilot, Flt Lt Alfred Ayodeji, have mourned the newly wedded officer who died in a plane crash on Friday.

On May 21st, Nigeria experienced a great loss after Beachcraft 350 aircraft crashed at Kaduna International Airport on Friday evening.

Olufade and newly appointed Chief of Army Staff, Lt. Gen. Ibrahim Attahiru, as well as nine other military personnel were onboard the jet when it crashed around 6pm on Friday, killing all onboard.

According to friends and associates of Olufade, the officer got married two months ago – February. 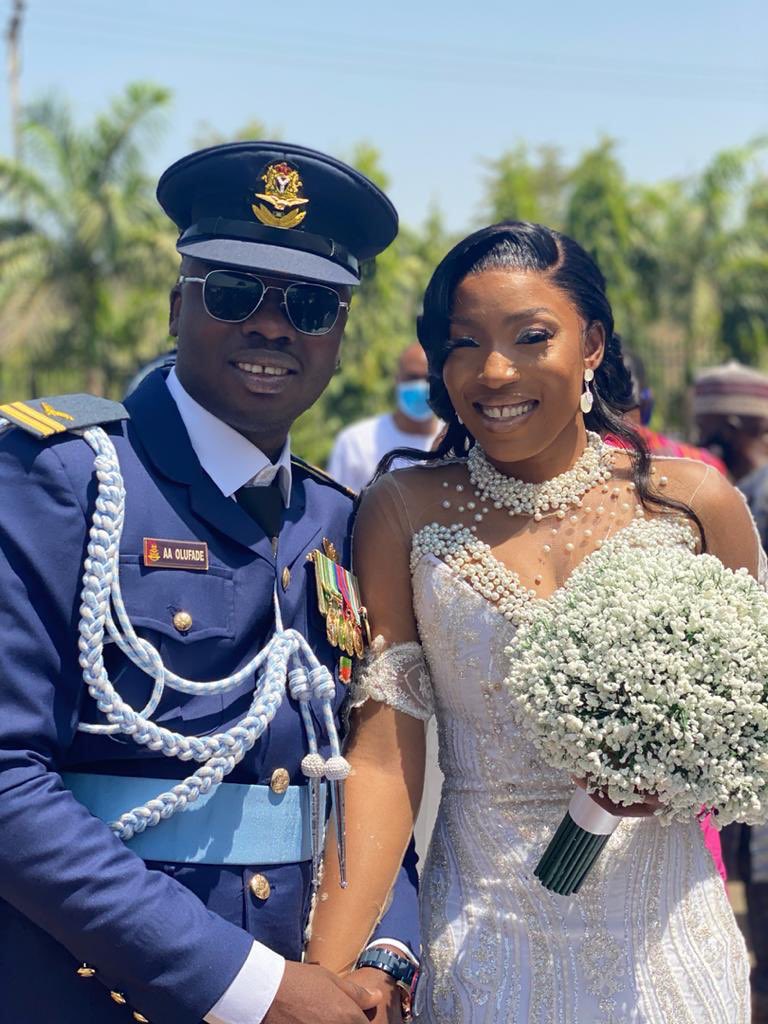 They have since taken to the social media to express grief over the sad demise of the officer and prayed for comfort for his wife and other family members.

See some reactions from friends and associates on Twitter below;

My heart is in pain. 💔💔💔
I lost my friend. Flight Lt. AA Olufade
He got hitched months back and often teased me to get out of the bachelorhood. Rest well Freddy. pic.twitter.com/vzfVWk9a5w

Flight Lt. AA Olufade reportedly died alongside COAS. There were 10 people like him in that plane. He just wedded few months ago. He’s not “our corrupt leaders”. He’s just a Nigerian.

No matter how hurt you are by the atrocities of the leaders, pls, Don’t loose ur humanity. pic.twitter.com/tOAHMpBkYZ

This is flight lieutenant Alfred Ayodeji Olufade (pilot for the Nigerian Airforce). He was involved in the plane crash from earlier today. We’re all saddened by his death. Everyone affiliated with Kuje seminary will surely miss him. May the Almighty grant you eternal rest. pic.twitter.com/2BukmOfV5P

So sad. AA Olufade got married in February this year. He’s a close friend.

Nigeria is not worthy of being served. https://t.co/75HvMUZtwa

Someone Very close to me, was among those who died in the plane crash. He just got married 3 months ago. Men!! I’m broken.

This is someone, who I saw 3wks ago. Omo, I can’t believe Alfred Olufade is gone. pic.twitter.com/KbxOqyPVfY

Barely two months ago, we were all together at the home of FLT LT Alfred Olufade to celebrate his marriage ceremony. Hearing the news of your demise is shattering to say the least 💔💔💔.
A friend, a brother and a confident. May God rest your soul😭😭 pic.twitter.com/jHZ3vcSLRL

This is Flight Lt A A Olufade bearly 3 moths ago during his wedding, for those of you who think that plane crash is a thing to celebrate and be happy about…
May his soul rest in peace 🙏🏾🙏🏾🙏🏾 pic.twitter.com/g8LU8oQUQJ

3 months ago we were all here rejoicing. Today we mourn😭💔
You’ll live on forever in our hearts Flt Lt AA Olufade. Our own Ayo💔😭❤ pic.twitter.com/70ib0BAdfA

FLT LT AA OLUFADE , may your soul and the souls of the departed ..Rest in peace🤍..Amen 💔💔😭😭