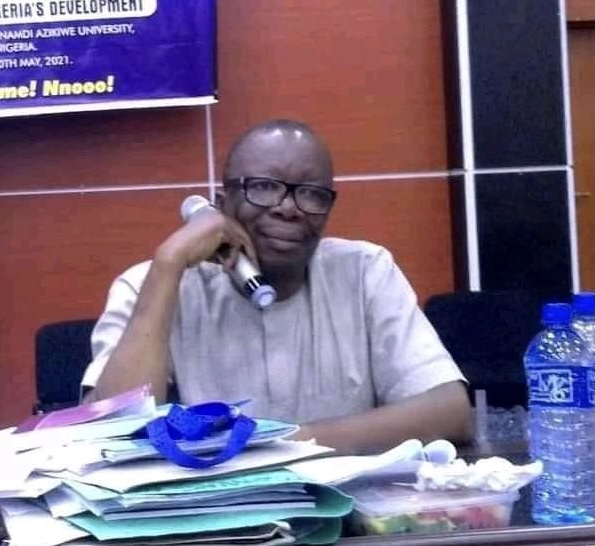 Immediate past vice-president of Academic Staff Union of Universities (ASUU), Emmanuel Osodeke, has emerged as the new president of the union.

Osodeke, a professor of soil science at the Federal University of Agriculture, Umudike, Abia State, was elected early Sunday morning during a three-day conference of the union which held at Nnamdi Azikiwe University, Awka in Anambra State.

He took over from Biodun Ogunyemi, a professor of education at Olabisi Onabanjo University, Ago-Iwoye, Ogun State after his four-year tenure.

Chris Piwuna, a consultant psychiatrist and associate professor at College of Medicine, University of Jos, was elected as his deputy.

Siji Sowande was elected as treasurer; Ade Adejumo as ASUU’s financial secretary; Austen Sado as investment secretary; Adamu Babayo as an internal auditor, and Stella-Maris Okey as the welfare secretary.

Meanwhile, Ogunyemi will continue to serve in the new executive committee as an ex-officio, apparently to guide the new leadership.

Under Ogunyemi, ASUU embarked on a protracted strike over non-implementation of agreements reached with the federal government in 2009. He raised concerns about earned academic allowances (EAA) and funding.

Amid the strike, which started in March and ended in December 2020, Ogunyemi also opposed the adoption of Integrated Payroll and Personnel Information System (IPPIS) while backing an alternative payroll software.