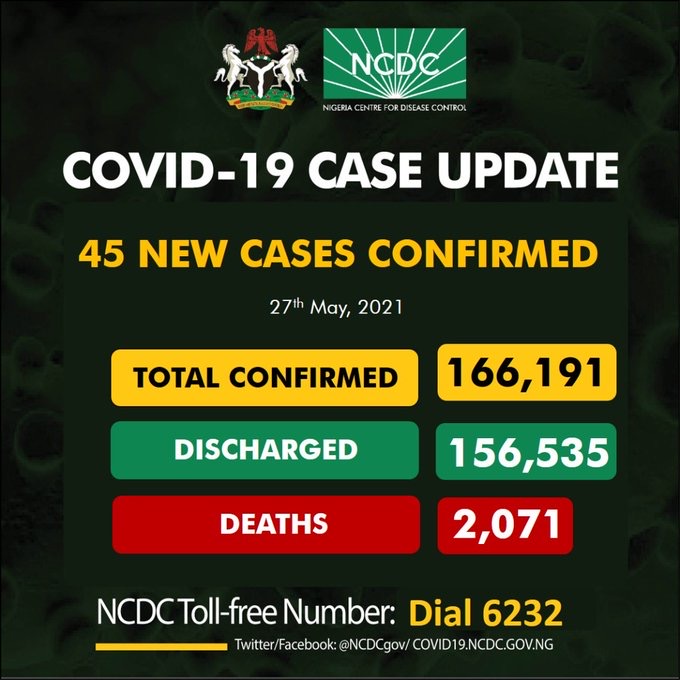 Nigeria Centre for Disease Control (NCDC) says it recorded 45 new cases of COVID-19 in the past 24 hours, bringing the total number of infections in the country to 166,191.

NCDC disclosed this on its official Twitter handle on Thursday, saying the 45 new cases were from five states.

It listed Lagos with 27 new infections, followed by Rivers with 14, Kaduna with 2, while Jigawa and Ekiti reported 1 case each.

The public health agency said the country’s death toll stood at 2,071, with no new death recorded in the past 24 hours.

It added that the total cumulative recoveries in the country stood at 156,535, including six recoveries registered in the past 24 hours.

NCDC noted that the country’s active cases now stood at 7,546.

It explained that the country had also conducted over two million tests since the first case relating to the disease was announced on February 27, 2020.

It also said that 22,162 of Nigerians vaccinated with the first dose had also taken the second dose.