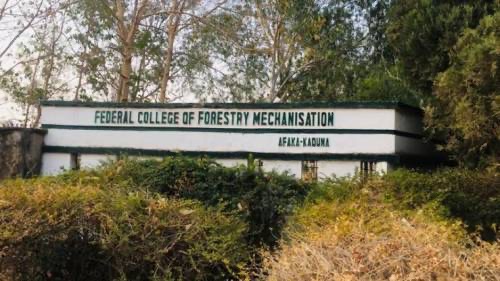 Twenty-seven students abducted by bandits from Federal College of Forestry Mechanisation, Afaka in Kaduna State have regained their freedom on Wednesday, May 5 after 55 days in captivity.

On March 11,  37 students were kidnapped from their hostels by bandits dressed in military uniforms. Ten of the students have been released with 27 still with their abductors.

According to DailyTrust, one of the persons who received the students said the release was facilitated by popular Islamic cleric, Sheikh Ahmad Gumi dialogue committee with support from former President Olusegun Obasanjo.

Also, Mr Abdullahi Usman, who is the Chairman of the Parents’ Committee, confirmed the release of the students

He explained that the victims were released some minutes past 4pm around Kidanda area in Giwa Local Government Area of the state, and were on their way back to the state capital.

Usman, however, refused to disclose the amount paid as ransom to the bandits for the release of the students.

The students were among the 39 abducted almost two months ago.

After payment of ransom by parents and school management, the bandits only released 10 of the victims.

Read Also: Parent Of Abducted Afaka Student Narrates How N800,000 Was Given As ‘Transport Fare’ To ‘Fulani Man’ Through Sheikh Gumi (Video)

Their abductors initially demanded a N500 million ransom from Kaduna State Government but Governor Nasir El-Rufai ruled out the option of negotiation, saying bandits deserve to be killed.

Meanwhile, authorities in the state and the Kaduna State Police Command were yet to confirm the latest development.