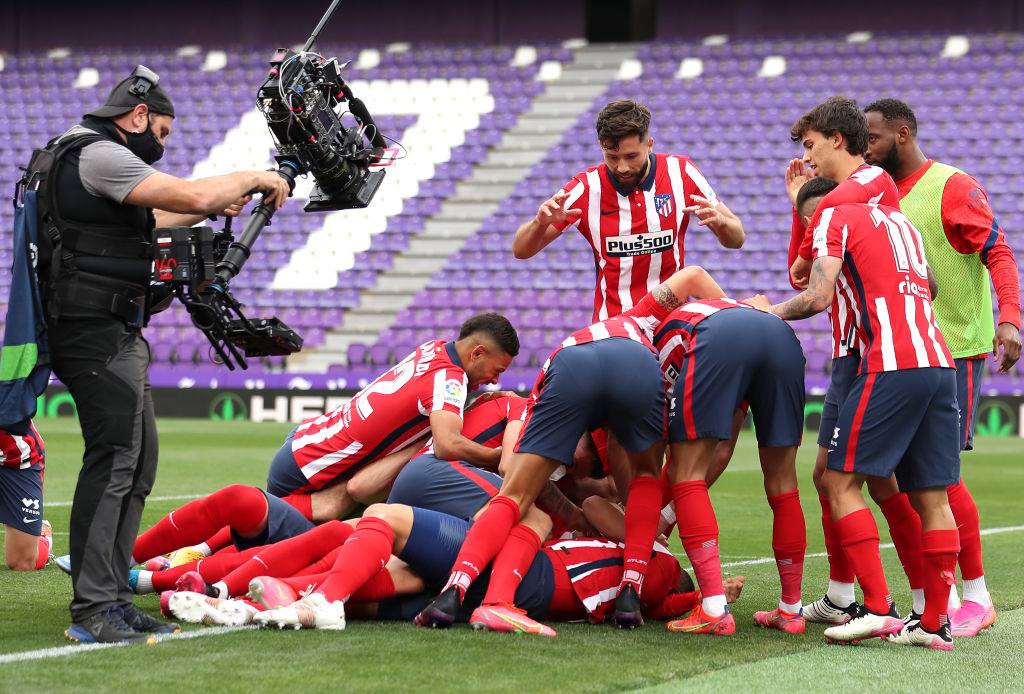 Atletico Madrid have been crowned Spanish La Liga champions following a come-from-behind 2-1 win over Real Valladolid in the last game of the season on Saturday, thanks to goals from Angel Correa and Luis Suarez.

The Diego Simeone-led side finished the season with 86 points to claim the title from Real Madrid, deposed champions and local rivals, who finished on 84 points after defeating Villarreal 2-1 in similar circumstances at the Alfredo Di Stefano stadium.

The title triumph is Atletico Madrid’s first since 2014 when they also clinched it on the final day under Simeone.

La Liga is the second title not claimed by either Real Madrid or Barcelona in 17 years, with Atletico breaking the duopoly on both occasions. 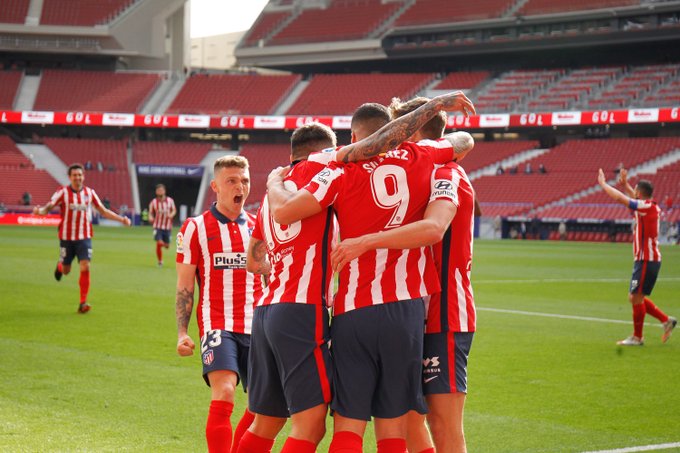 Valladolid, owned by Ronaldo de Lima, former Real Madrid player, seemed to throw a spanner into Atletico’s wheel by scoring the first goal of the encounter from a counter-attack following an Atletico corner kick.

Oscar Plano opened the scoring for the home side in the 18th minute before Angel Correa equalised for Madrid in the 57th.

Oscar Plano raced away before slotting beyond Jan Oblak in goal for a lead that gave the relegated side hopes of beating the drop.

A determined Atletico resumed the second half on the front foot and equalised on 58 minutes. Correa dribbled past two players before toe-poking into the net from just inside the area.

Suarez, former Barcelona striker who reluctantly joined Atletico for €6 million last summer, completed the turnaround nine minutes later when he pounced on a horrific back pass before finishing with aplomb for the winning goal that also brought home the title. 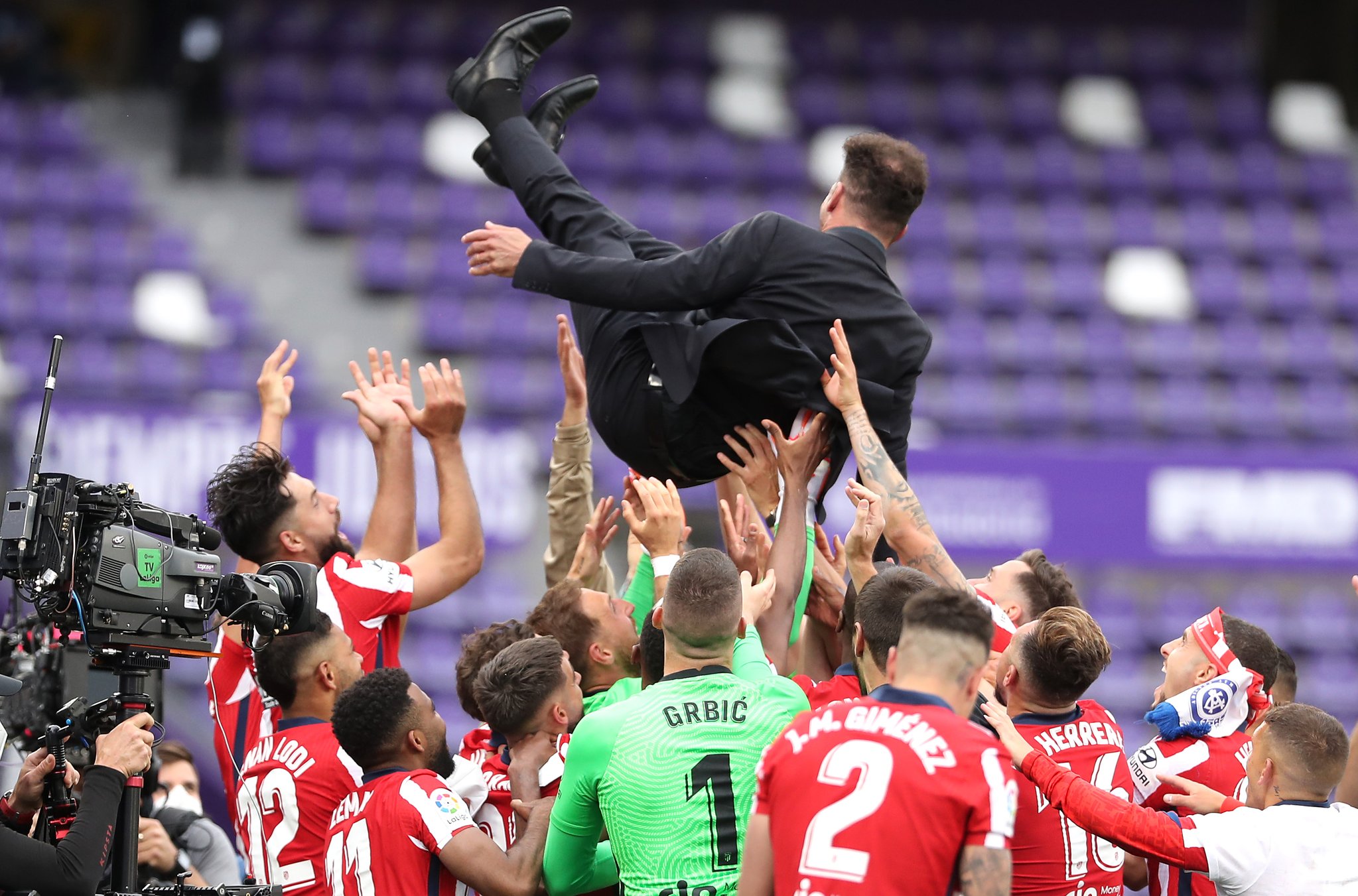 Suarez began the season crying after being forced out of Barcelona but ended it with his 21st goal of the season earning Atletico a first league triumph since 2014, this one at the expense of Real Madrid.

Atletico knew victory would guarantee them the title regardless of what Real Madrid did at home to Villarreal but it was never comfortable, with Valladolid taking a shock early lead.

Real Madrid were behind too for most of the afternoon but Karim Benzema equalised in the 87th minute and Luka Modric even scored a late winner for 2-1 at Valdebebas, leaving Atletico hanging on at the end, as they were suddenly one goal away from squandering it all.

When the final whistle blew, the players ran onto the pitch, Suarez underneath a pile of red and white shirts, with Europe’s most nerve-wracking and unpredictable title race finally complete.

Just over a week ago, coach Diego Simeone said this was the “Suarez Zone” and so it proved, the Uruguayan scoring the winner against Osasuna last week to keep the title in Atletico’s hands and then again on the last day to put their name on the trophy.

This is only the second time in 17 years that a team other than Barcelona or Real Madrid have won the title, with Atletico claiming the other one under Simeone in 2014.

Atletico went into the game having been top since December and on the back of beating Osasuna with two goals in the last eight minutes, a victory that was so dramatic it felt like it would prove decisive.

However, Atletico have done nothing the easy way this season, with their 10-point lead in February cut to two in May and their position at the top of the table relying on numerous slip-ups from both Real Madrid and Barcelona. 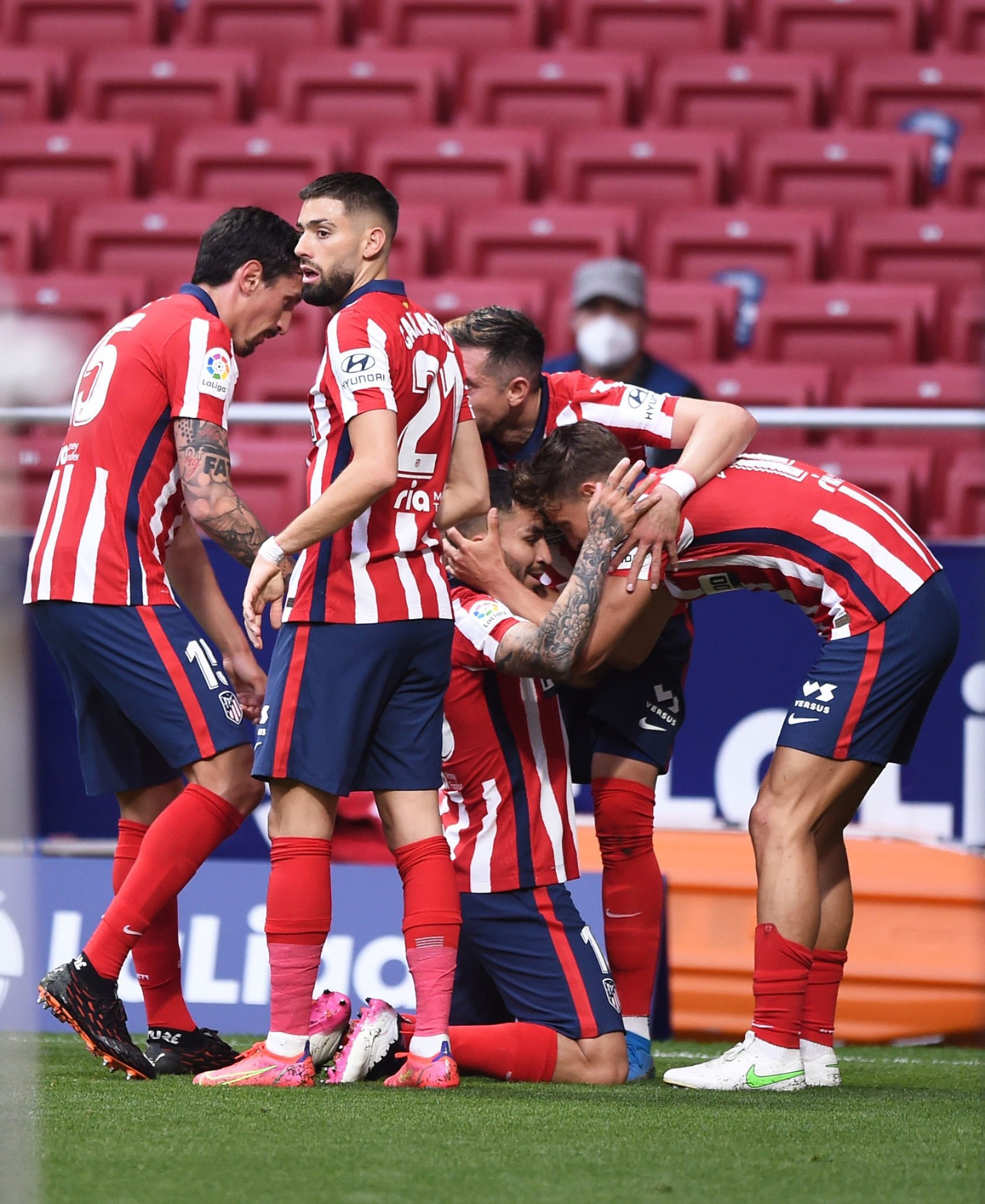 So it was apt that faced with beating Real Valladolid, who were 19th in the table, they still had to scrape over the line.

Several hundred Atletico fans gathered in Valladolid’s Plaza Mayor in the hours before kick-off to sing songs and a similar number made it outside the stadium, where they were cordoned off in a cess-pit of nerves and anticipation.

Luis Suarez Thanks Atletico Madrid For Rescuing Him From…

Barcelona Player, Antoine Griezmann Becomes A Father For The…