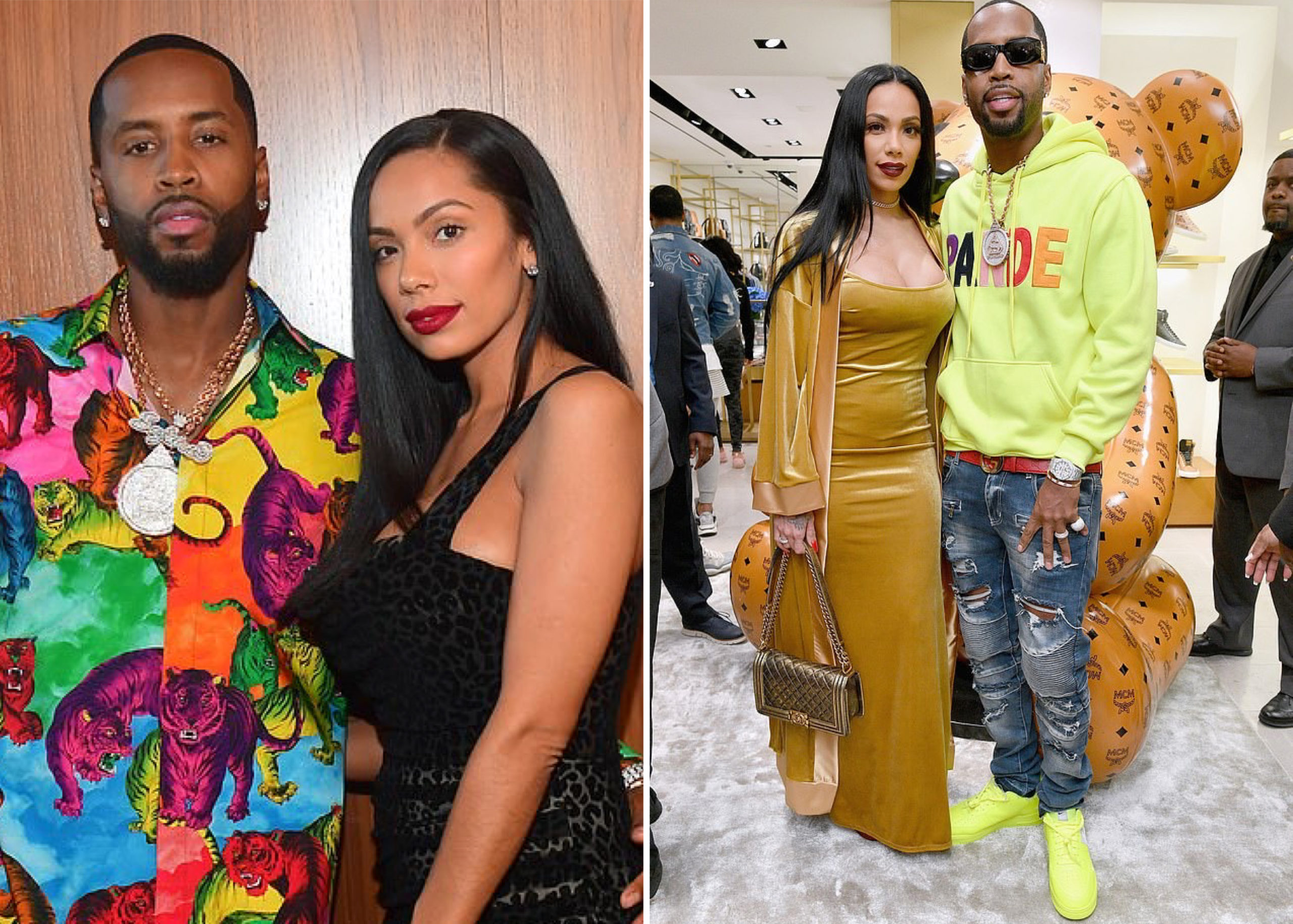 Love & Hip-Hop star, Erica Mena has filed for divorce from her rapper husband of less than two years, Safaree Samuels.

The reality star filed documents to end the marriage at Fayette County Superior Court in Georgia last Friday, according to TMZ.

News of the divorce comes just weeks after Erica and Safaree announced they were expecting their second child together.

Erica has requested primary physical custody of their daughter Safire, one, however is open to sharing joint legal custody with her estranged husband, according to documents obtained by TMZ.

She has also expressed her desire for child support and exclusive use of their shared home.

It has only been a few weeks since Erica and Safaree announced they had another baby on the way.

Safire got a new sibling. New baby who dis??. #2under2 time to get neutered. Now I need a chef and a nanny.

In a message posted after the pregnancy announcement, Erica said having a family made up for the shortcomings of marriage.

Marriage – It’s not easy at all, But having a family of your very own makes up for it all. God I thank you for the protection and all the consistent blessings. I been through way to much to not be as grateful as I truly am.

As fans of the couple may know, their relationship has been a rollercoaster.

The couple, who starred on different editions of Love & Hip-Hop, started dating after filming the VH1 series Scared Famous, which captured their blossoming romance.

They tied the knot in 2019, just one week after announcing they were expecting their first child together.

Fans have also been privy to the many ups and downs of their relationship.

In a since-deleted tweet, Safaree called getting married one of his ‘biggest mistakes.’

I mean this from the bottom of my heart getting married was 1 of my BIGGEST mistakes and it will never happen again. I’m walking away before I end up in jail over some dumb s**t. Nobody is worth my freedom!!!.

Safaree used to date Nicki Minaj. The two had one of the messiest breakups in the American entertainment circle.