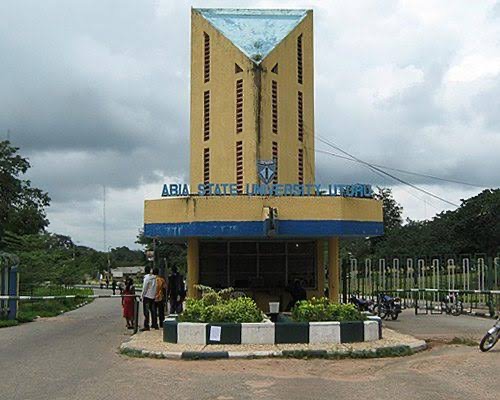 Nnamdi confessed after his arrest that he sent a text message to one of his friends around 3 am on Thursday that he has was kidnapped by six men carrying AK-47 rifles alongside other three students to prank his friend.

The friend of the suspect, a 300-level Mass Communication student, Faith Godson, added that she received a text message from Nnamdi that he had been kidnapped.

She said she immediately alerted the University security which swung into action and arrested Nnamdi who was hiding in his lodge that is off the University campus.

Confirming the incident, the Chief Security Officer of ABSU, ThankGod Evulobi, said they received a distress call that a student has been kidnapped and swung into action only to discover that George Nnamdi faked his own kidnap.

He added that they had made their finding known to the University Senate to take appropriate action against the supposed victim in line with the rules and regulations guiding the university.

Fire Breaks Out At INEC Office In Enugu