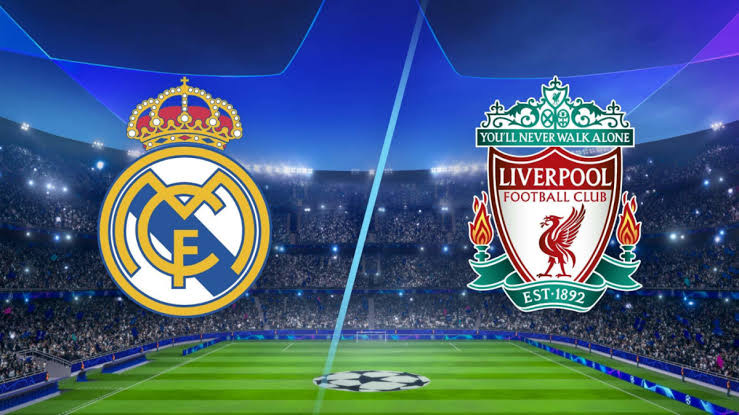 Real Madrid is set to welcome Liverpool for the first leg of their two-legged Champions League quarter-final on Tuesday night at Alfredo Di Stefano stadium.

Spanish giants, Real Madrid will be looking to secure an advantage at their home ground ahead of the reverse fixture at Anfield on April 14.

Madrid are comfortably the most successful team in the history of the European Cup, winning the competition on 13 occasions, including four times in the last seven years, but they have been knocked out in the round of 16 in each of the last two years, losing to Ajax and Manchester City respectively.

Los Blancos (Real Madrid) were not regarded as one of the favourites for this competition at the start of the season, as they were not at their best in the group stages of this season’s competition, winning just three of their six Group fixtures, but they managed to claim 10 points to finish at the top of the group.

The 13-time champions were tied with talented Italian outfit Atalanta BC in the round of 16, but it proved to be a relatively routine tie for Spanish side. They recorded a 1-0 away victory in the first leg before winning 3-1 in at home, to progress to the final eight of the competition courtesy of a 4-1 aggregate scoreline.

Real Madrid were 2-0 winners over Eibar on Saturday afternoon in the Spanish La Liga, extending their winning run to nine of their last 11 matches in all competitions. They are now within three points of La Liga leaders Atletico Madrid, who lost against Sevilla on Sunday night.

Zinedine Zidane’s side beat Liverpool 3-1 in the final of the 2017-18 competition, where Egypt Forward Mohammed Salah was forced off with a shoulder injury in the first half. Los Blancos also overcame the English giant home and away in the group stages of the 2014-15 tournament.

Meanwhile, Liverpool put in one of their finest performances of the season away to Arsenal on Saturday evening, with Diogo Jota scoring twice in a 3-0 victory at the Emirates Stadium.

The result at Emirates Stadium moved the Reds (Liverpool) into fifth position, just two points off the top-four, and they appear to be back on track, winning three straight games in all competitions.

Like Madrid, the Premier League Champions were drawn against dangerous opposition in the round of 16, with the Reds beating RB Leipzig 2-0 home and away to comfortably progress to the final eight of Europe’s leading competition.

Liverpool have actually won 15 of their last 23 European fixtures but have only been victorious in two of their last 12 matches against Spanish opposition, suffering eight defeats in the process.

Only Real Madrid (13) and AC Milan (seven) have won more European Cups than the Reds, who are level with Bayern Munich on six, just above Barcelona, who have lifted the trophy on five occasions.

Meanwhile, Madrid will be without the services of inspirational captain, Sergio Ramos on Tuesday night due to a calf problem, while the match is also expected to come too soon for Dani Carvajal and Federico Valverde

Eden Hazard has made huge steps forward in his recovery from a muscular problem, though, and the Belgium international is expected to be a part of the squad for the Champions League fixture.

Kim Kardashian West Is Officially A Billionaire, Now Worth $1b