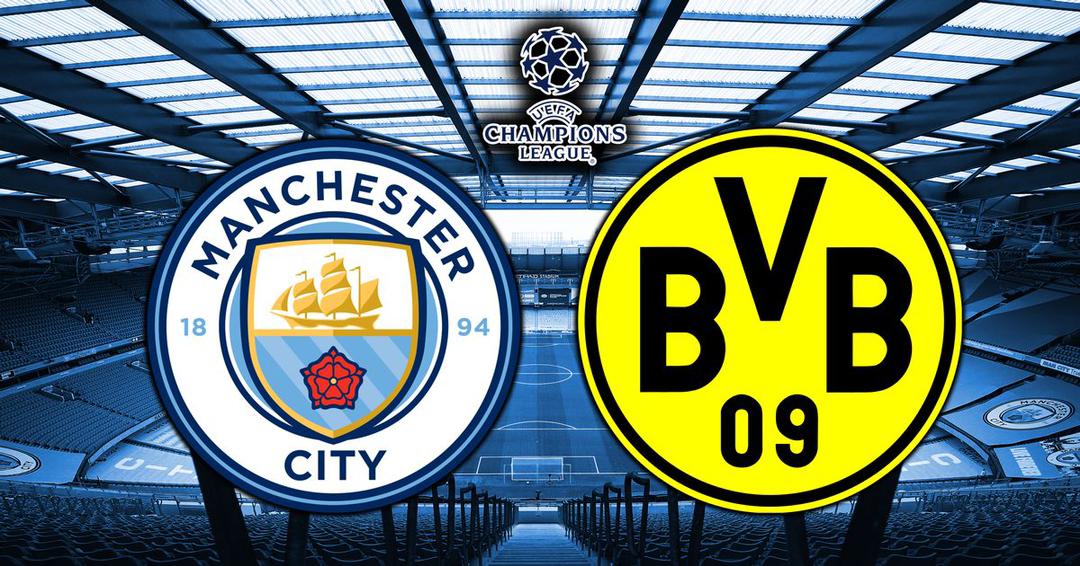 Manchester City’s pursuit for a quadruple continues when they welcome Borussia Dortmund to the Etihad stadium on Tuesday night for the first leg tie of UEFA Champions League’s quarterfinals.

The Citizens (Manchester City) easily overcame Borussia Monchengladbach in the last-16 round to advance to the quarter-final, while Dortmund met hard work in their battle against Sevilla, but eventually came out victorious to set up a tie with City.

Meanwhile, the Premier League leaders are inching ever closer to their first crown of the season after a dominant 2-0 win at Leicester City on Saturday evening. Second-half strikes from Benjamin Mendy and Gabriel Jesus saw the runaway leaders move 14 points clear of second placed Manchester United, who defeated Brighton on Sunday. Another four wins from their remaining seven matches would see them lift the English Premier League (EPL) title.

City’s boss, Pep Guardiola is still waiting for that elusive first Champions League crown at Etihad, and Manchester giants have seen their European journey end in the quarter-finals three seasons in a row.

However, a routine 4-0 aggregate win over Monchengladbach saw City ease into the last-eight of the tournament before international break, and Guardiola‘s side have now kept seven Champions League clean sheets in succession. Only Arsenal in the 2005-06 season have enjoyed a longer run without their defence being breached in the competition.

Meanwhile, Dortmund will be defending on their prolific centre forward Erlang Brut Haaland to help break City’s solid defence. Haaland has already broken the record for the quickest time to hit 20 goals in the Champions League, and having netted in his last six continental appearances for Dortmund. He could follow in the footsteps of Cristiano Ronaldo, Robert Lewandowski, Edinson Cavani and Ruud van Nistelrooy if he scores in his seventh game at Etihad.

Dortmund boss,  Edin Terzic will go into Tuesday night game following a worrying result in the Bundesliga, as Andre Silva popped up with a late winner for Eintracht Frankfurt in a 2-1 win over Dortmund on Saturday.

Terzic‘s side have failed to keep a clean sheet in any of their last-four Champions League battles and only just scraped past Sevilla in the last-16 stage, as a 3-2 away triumph preceded a 2-2 draw in the second leg to see Dortmund progress 5-4 on aggregate..

Guardiola is once again blessed with a fully-fit and available contingent for the first leg, but Joao Cancelo and Fernandinho will both be ruled out of the return leg if they play and pick up a booking on Tuesday.

Meanwhile, Former Man City starlet, Jadon Sancho will have no part against his former employers due to a thigh problem. Although, there is optimism over his availability for the second leg on April 14.

Arsenal-linked defender, Dan-Axel Zagadou and Axel Witsel are also sidelined due to injury.