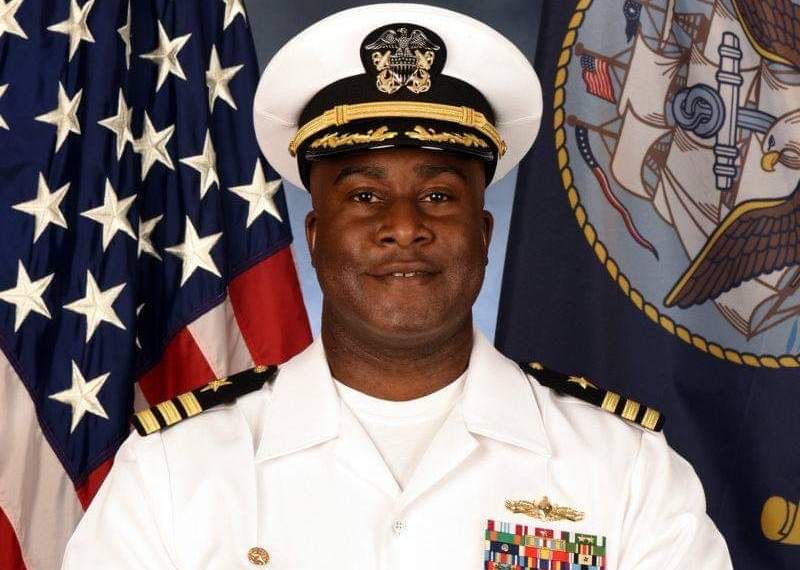 Kelechi Ndukwe has made history as the first Nigerian-American to be appointed commander of a U.S. Navy ship.

Ndukwe, who is from from Okoko-Item in Bende LGA, Abia State, replaced DeVere Crooks who had commanded the ship since November 2019, and whom he deputised. 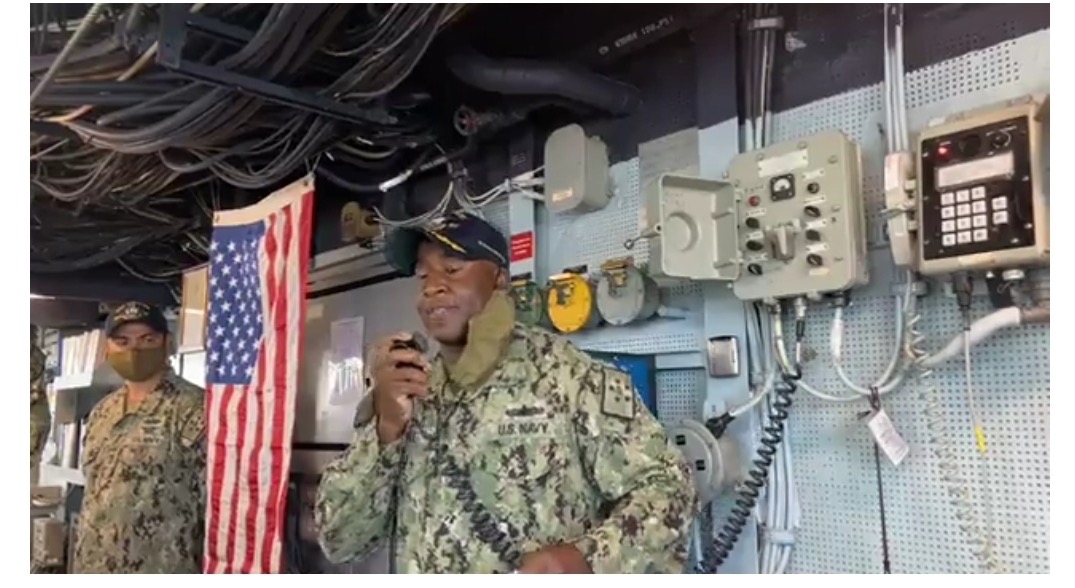 The decision was made by the military top brass of the United States, with the knowledge of the US President Joe Biden.

Ndukwe is an alumnus of University of Notre Dame and U.S. Naval War College.

United States Embassy in Nigeria has now congratulated Kelechi Ndukwe on the feat, as the first Nigerian-American to command a US Navy Guided Missile Destroyer.

Kudos to Kelechi Ndukwe on his new role as commander of a U.S. Navy Guided Missile Destroyer. The University of Notre Dame and the U.S. Naval War College alumnus becomes the first Nigerian-American captain of a U.S. Navy ship. Congratulations! pic.twitter.com/SCoaIVBlWd

…in the history of US Navy

Commander Ndukwe who hails from Okoko-Item in Bende LGA of our great State joins thousands of other Abians who by their exploits & achievements are making us proud globally.

Ndukwe holds a Master’s degree in National Security and Strategy Studies from the US Naval War College.

Before that, he graduated with a Chemical Engineering degree from the University of Notre Dame.

The appointment shoots Ndukwe to the pinnacle of his 18-year career in the US Navy where he started as an auxiliaries officer of USS Thorn, a year after he bagged a master’s degree in national security and strategy studies from the US Naval War College.

Ndukwe has also worked in the office of the chairman of the joint chiefs of staff (CJCS), America’s highest-ranking military officer.

In the handing over ceremony hosted live on Facebook on Thursday, Ndukwe recalled how his parents migrated to the U.S. from Nigeria in 1977 as “poor college students with hopes and dreams.” 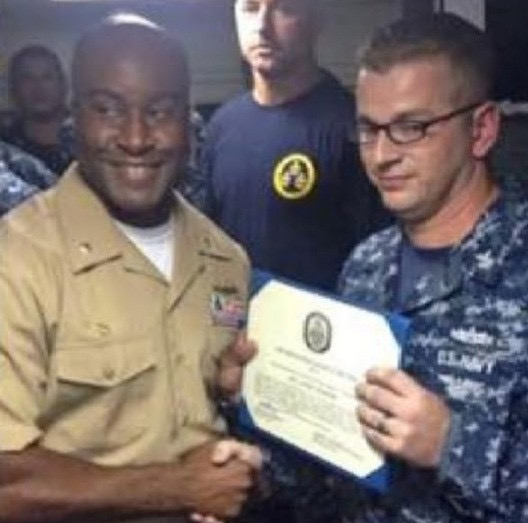 “Thank you for your example of hard work and dedication and the foundation you have laid for your children,” he said amidst claps from the cabin crew whom he praised for their hard work and urged to do more.

Ndukwe noted that he is the oldest of his parent’s four children “but also the smallest. And now their son is the captain of a U.S. warship. In America, anything is possible.”

In previous appointments, Ndukwe served as the fire control officer of USS Normandy in Norfolk from 2004 to 2006.

He also wrote on his LinkedIn page that he served as a weapons officer and combat systems officer of USS Fitzgerald in Yokosuka, Japan, from June 2010 to December 2011. Likewise, he was a navy congressional liaison officer in Washington DC, from July 2006 to August 2008.

Between 2013 and 2015, he was the commanding officer for USS Devastator (MCM 6), a minesweeper based in Bahrain. 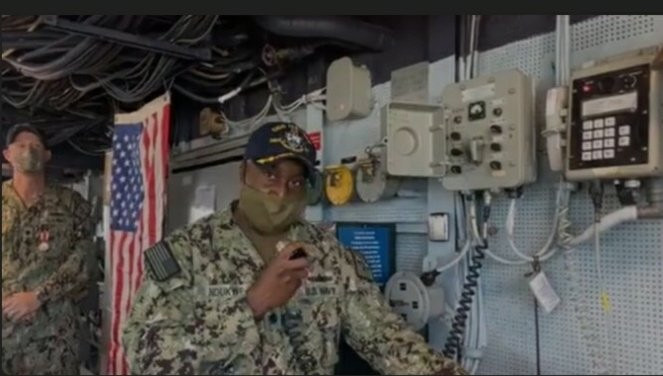 The bio of Ndukwe on Foundation for Defense Democracies (FDD), shows that he had served in numerous warships around the world, including in the Mediterranean Sea, Horn of Africa, Arabian Gulf, and Western Pacific Ocean.

Nigeria Records No Death From COVID-19 In One Week

Only Fans Model Charged With Murdering Nigerian Partner In Miami