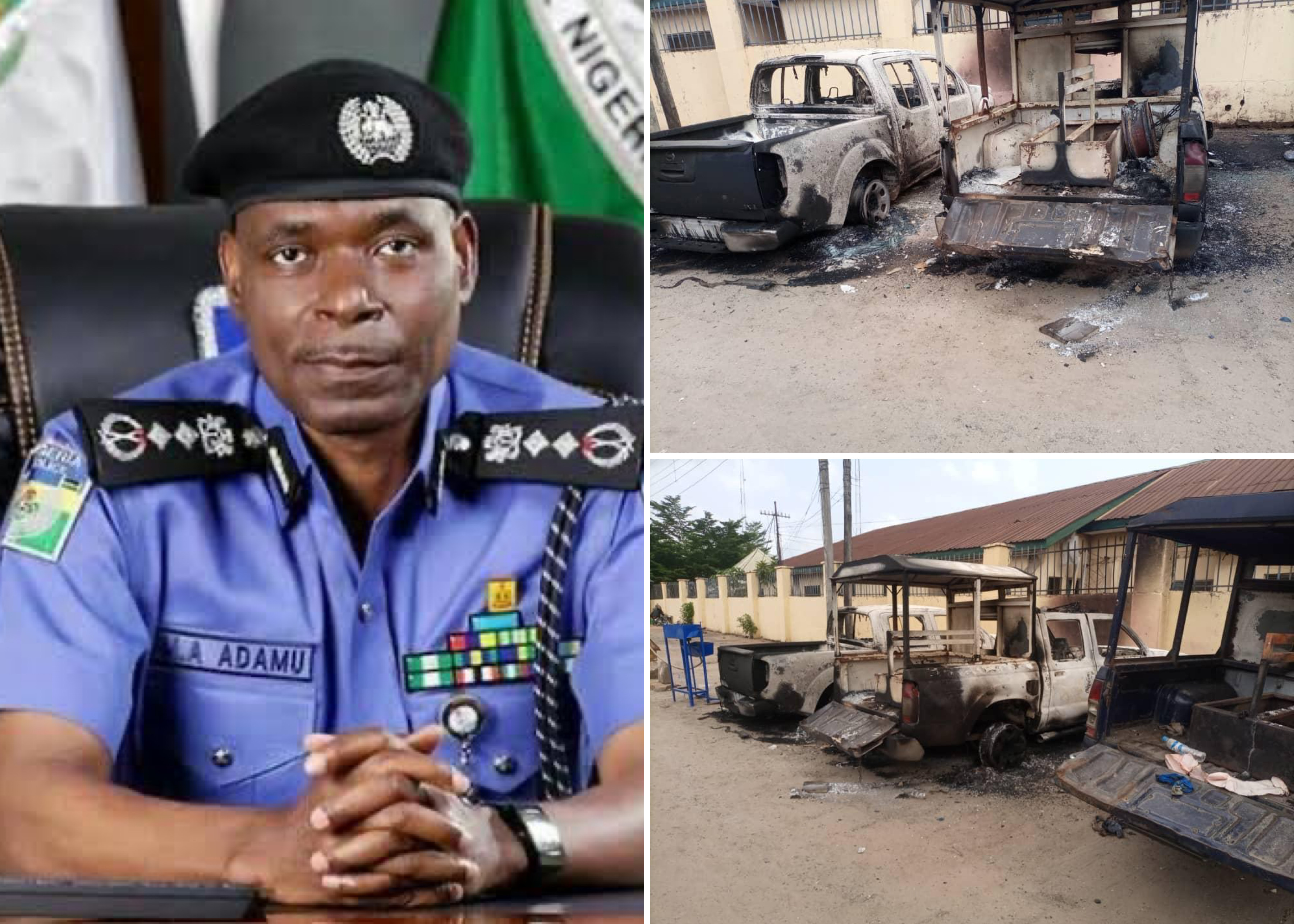 Inspector-General of Police, Mohammed Adamu, has blamed members of Indigenous People of Biafra (IPOB) and Eastern Security Network (ESN) for being behind the attacks in Imo state.

During the attack, one person suspected to be a fleeing inmate was hit by a bullet while carrying his travel bag.

He said the attackers attempt to gain access to the Police armoury at the Headquarters was resisted by Police operatives on duty.

Adamu has now ordered the deployment of additional units of Police Mobile Force (PMF) and other Police Tactical Squads to Imo State to strengthen security.

He added that the police suffered no human casualty, apart from a Police Constable who sustained a minor bullet wound on his shoulder.

Following the attack, the IGP has ordered the immediate deployment of additional units of Police Mobile Force (PMF) and other Police Tactical Squads to Imo State to strengthen security in the State and prevent further attacks on security formations or any other critical national infrastructure in the State.

Adamu noted that one of the operational vehicles of the attackers has been recovered by the Police and is currently being subjected to forensic scrutiny and investigations.

The IGP has further directed the Commissioner of Police, Imo State Command and a new Special Investigation Team (specifically set up to deal with cases of incessant attacks on security formation/operatives in the region), to carry out holistic investigations into the incident with a view to fishing out the perpetrators and bringing them to justice.

Mba in the statement added;

The CP is to harness the security reinforcement squads and other operational assets at his disposal to take the battle to the doorsteps of the attackers and prevent any further attack anywhere within the State and its environs.

The IGP, who described the deliberate and criminal attack on security operatives as an attack on the soul of “our nation”, called on citizens to avail the Police and other security agencies with useful information that can assist in identifying and arresting the criminals.

He vowed that the perpetrators will be brought to book, noting that the Force is doing all within its powers to “curb the activities of unscrupulous elements hell-bent on threatening the unity, safety, security and socio-economic wellbeing of Nigerians.”

Adamu also enjoined leaders in Imo State, the South-East and other parts of the country to speak out against the unfolding violence and criminality.

The IGP’s comments comes few hours after IPOB released a statement denying its involvement in the attack.

Tinubu Has No Pending Petition With Police — IGP…