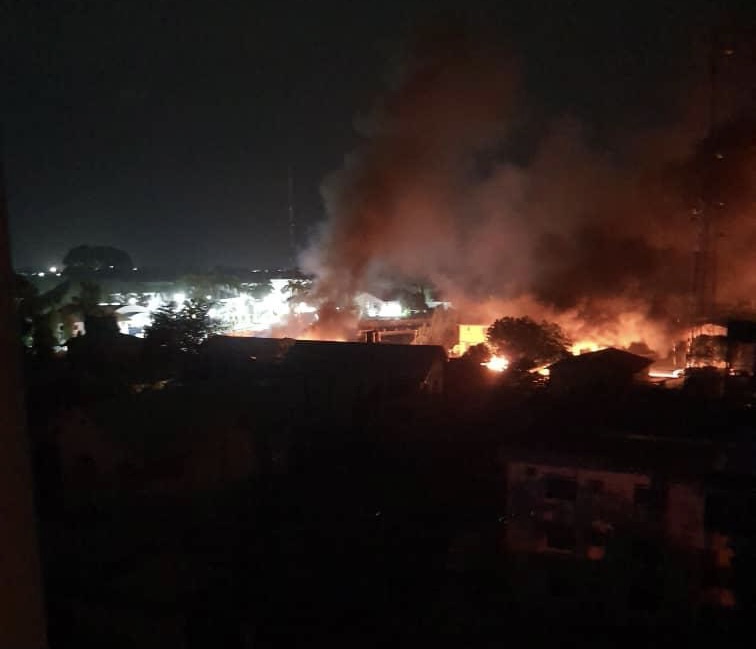 According to reports on social media, the attackers struck the prison and police department shortly after midnight, releasing a yet-to-be confirmed number of inmates and suspects.

In videos of the incident shared online, heavy gunfire also rang through the area, with some Twitter users who appear to be Imo residents saying hundreds of inmates might have escaped.

Senior government officials have been reportedly asked to shelter-in-place due to the proximity of the scene to the government house.

It was unclear how many prisoners escaped, but Amnesty International over the weekend said that the Owerri Correctional Centre had 2,156 inmates as against its installed capacity of 548 people.

The level of destruction and casualty figures were yet unknown, but pictures shared on Twitter showed heavy smokes billowing from the scenes of the attack.

The attack came amid confrontation between Nigerian security forces and members of Indigenous People Of Biafra (IPOB) movement across the South-East.

Since January, there have been repeated clashes between Nigerian troops and IPOB elements in Imo, Rivers, Abia and Anambra, with both sides denying responsibility for civilian casualties.

For the latest incident, those behind the violence and their motive could not be ascertained, as there was yet to be any statement from the government or police, as at the time of filing this report.

See some videos of the incident below;

Since 2am there were constant shootings till this morning and it has been confirmed that all prisoners have been released as gunmen attacked the Imo State correctional facility. Owerri prisons is empty now. pic.twitter.com/sk3M4IhdzQ

Over 1200 Imo Prison Inmates Are Still At Large After Jail…