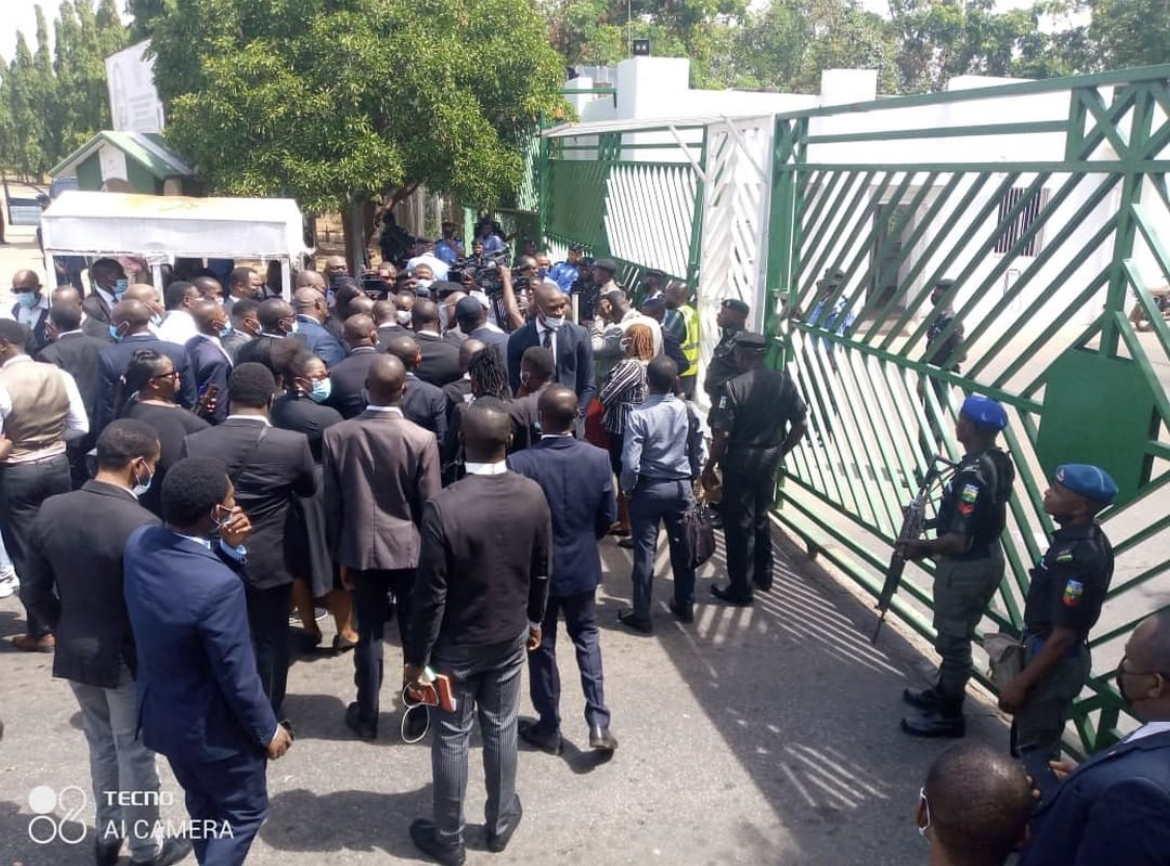 Members of Nigerian Bar Association (NBA) have on Monday marched to the National Assembly in Abuja in solidarity with judiciary workers, who are protesting financial autonomy.

Judiciary Staff Union of Nigeria (JUSUN) in order to press home their demands commenced a nationwide strike on Monday.

At the nation’s capital, JUSUN workers converged on the gate of the court of appeal in Abuja chanting solidarity songs and displaying placards.

Meanwhile, security officials locked the gate of National Assembly and refused to allow members of NBA to gain entrance.

They had earlier converged at the Court of Appeal gate before proceeding to the National Assembly in their numbers, to register their demands.

Security officials upon sighting the lawyers in their vehicles locked up the two gates to National Assembly.

Toping the list of demands is the issue of financial autonomy to the judiciary. They are also asking for the payment of peculiar allowances to their members.

Since April 6,JUSUN has left the courts in Nigeria under lock and key because of the non-implementation of financial autonomy for the judiciary as the third arm of government.

The union alleged that the Federal and State governments had over the years, declined to grant financial autonomy to the judiciary.

On his part, NBA President, Olumide Akpata earlier on Friday, directed the branch chairmen nationwide to on Monday lead the “visits” to government houses in their states over 36 governors’ alleged unwillingness to implement judiciary’s financial autonomy.

He said this should be done on all other subsequent Mondays until the demand for the judiciary’s financial autonomy is met.

See more photos from the protest below; 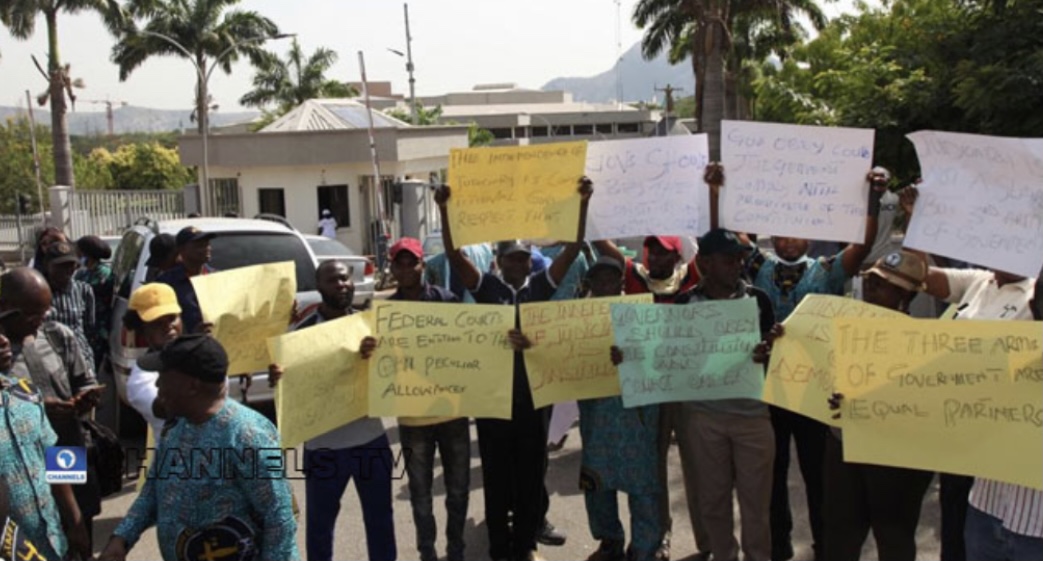 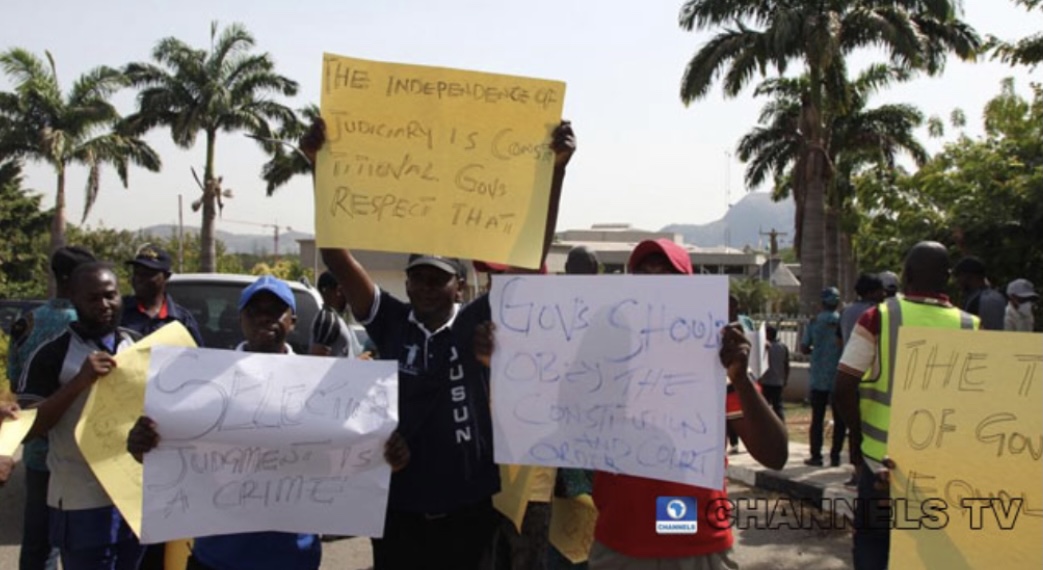 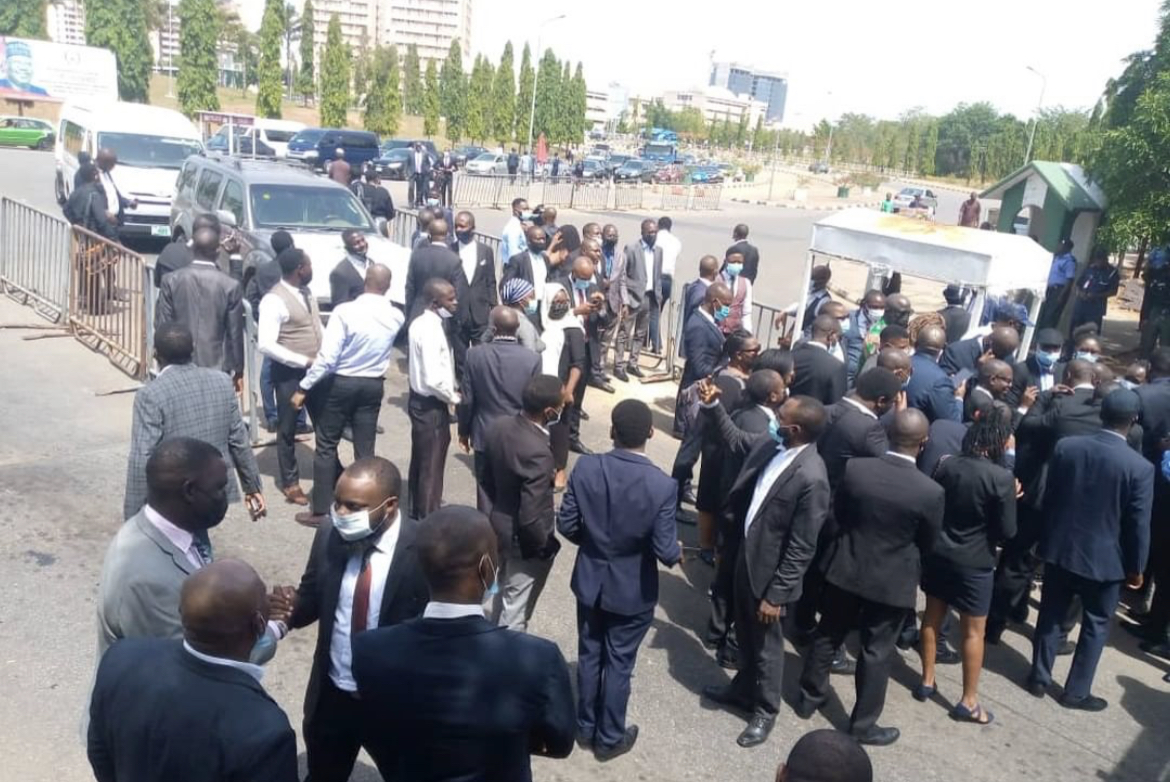 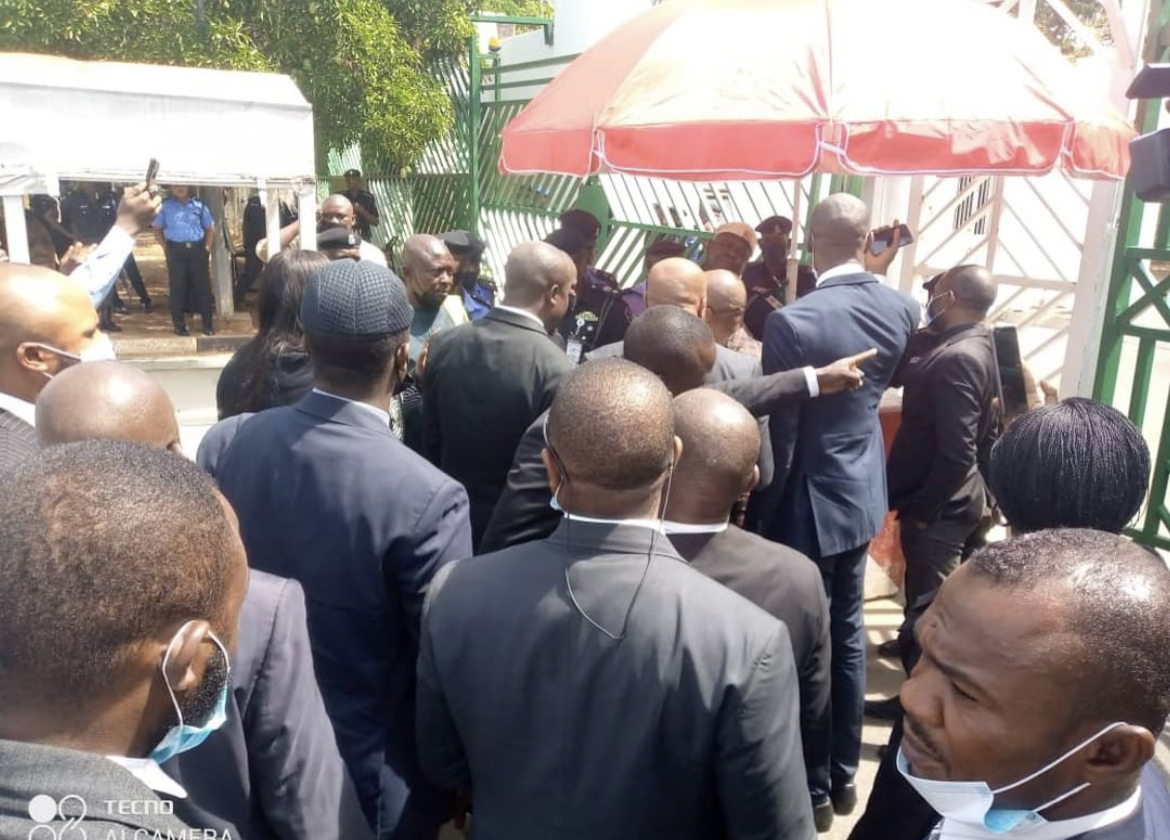 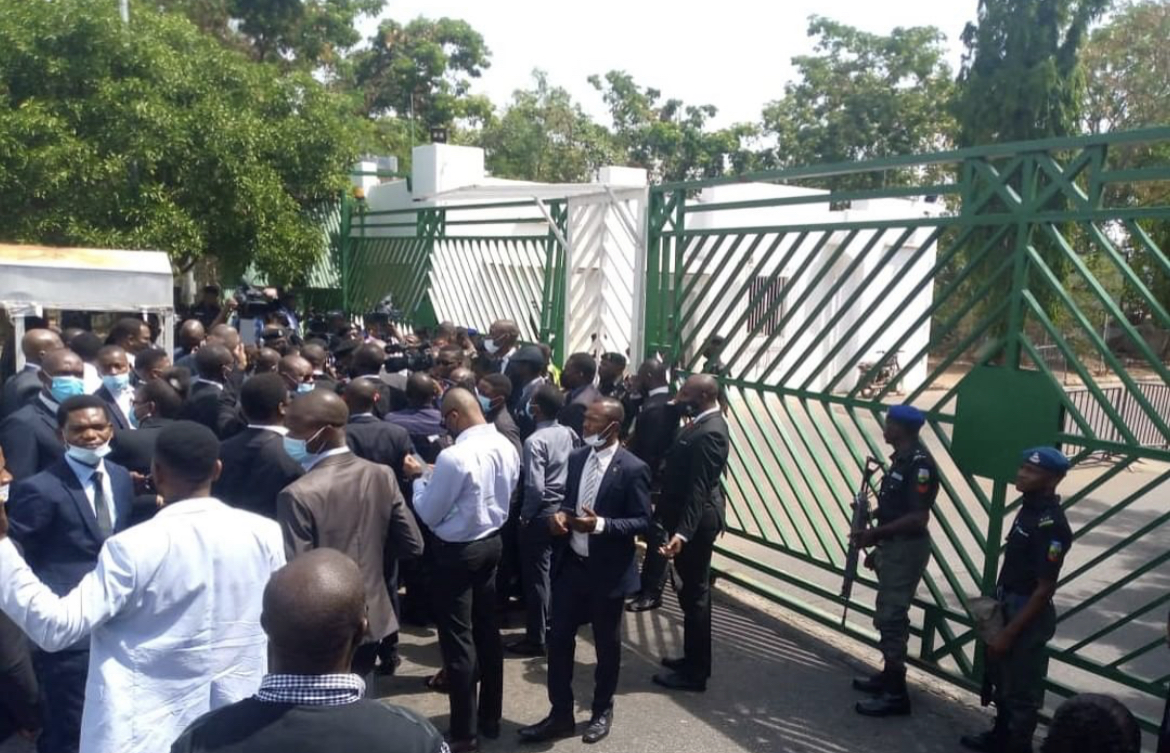 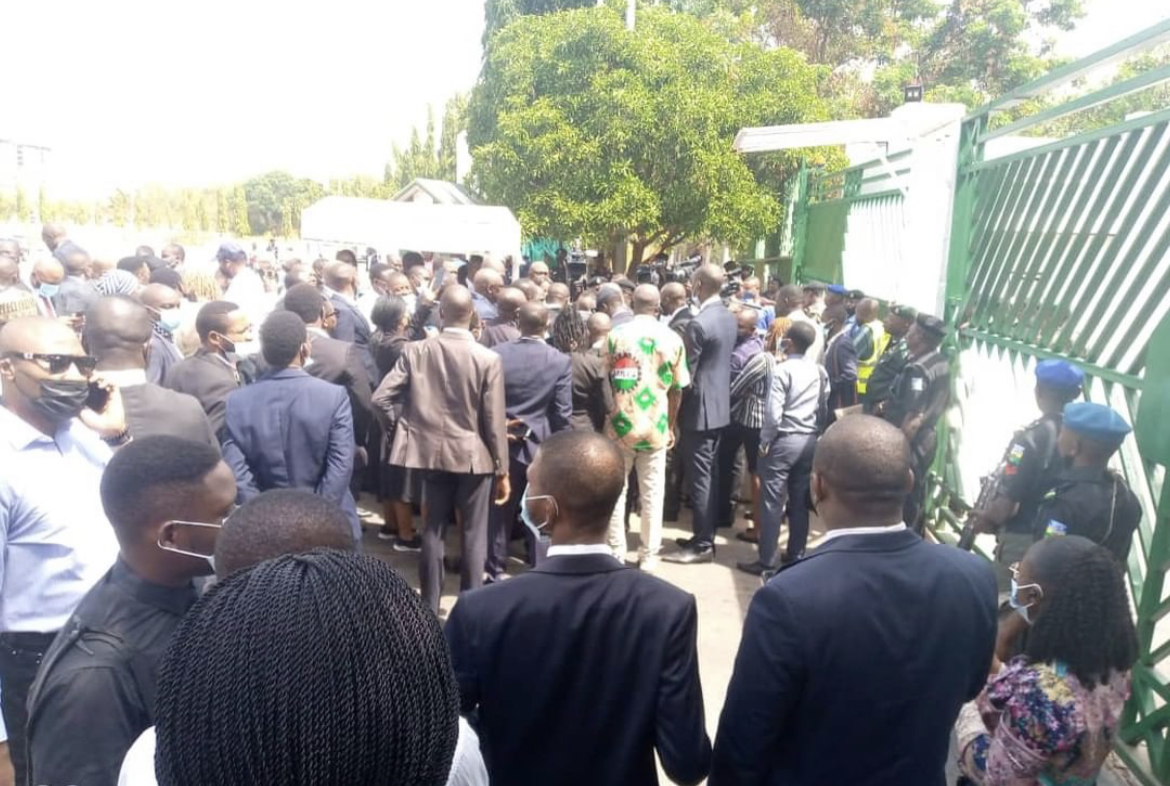 My Happiest Moment Was When I Got Out Of My Last Relationship – Ex-BBnaija Housemate, Ike (Video)

2023: No Ex-Convict Will Be Allowed To Contest In…

‘We Apologise For Failure Of Lawyers Neglecting Their…

‘No Single Government Is Capable Of Solving All The…