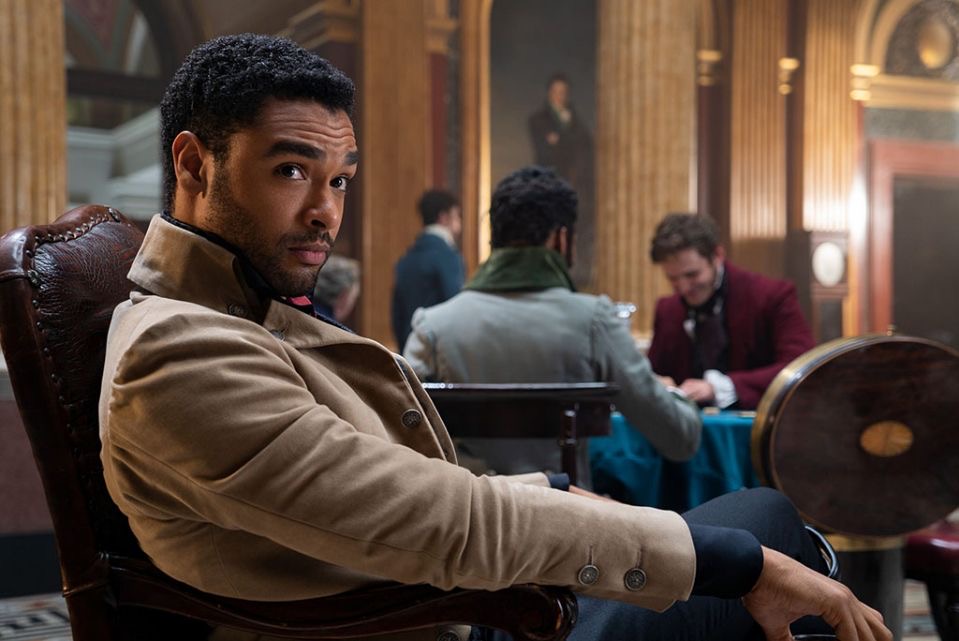 Bridgerton star, Regé-Jean Page who played ‘Simon Basset, Duke of Hastings’ in the Netflix series will not be appearing for the season two of the historical drama, it has emerged.

According to Whereisthebuzz, this is due to scheduling conflicts with Russo Brothers’ movie, The Gray Man, in which Page will be starring alongside Ryan Gosling, Chris Evans and Ana de Armas.

Netflix and Shondaland, television production company owned by producer of the series, Shonda Rhimes, announced the new development on Friday.

They stated that Regé-Jean Page’s character will not appear on the show’s upcoming second season, revealing the news via a notice from Lady Whistledown, an anonymous character in the series anonymous who reveals the deepest and darkest secrets of families through her society newspaper.

Dear Readers, while all eyes turn to Lord Anthony Bridgerton’s quest to find a Viscountess, we bid adieu to Regé-Jean Page, who so triumphantly played the Duke of Hastings.

We’ll miss Simon’s presence onscreen, but he will always be a part of the Bridgerton family. Daphne [wife of the Duke of Hastings played by Page] will remain a devoted wife and sister, helping her brother navigate the upcoming social season and what it has to offer – more intrigue and romance than my readers may be able to bear.

Your Grace, it has been a pleasure. 💜🐝 pic.twitter.com/kX1nIG8pz7

Although the news has come as a shock to many viewers, sparking outrage on social media, it will likely not come as a surprise to fans of Julia Quinn’ novels on which the series is based.

This is because the character’s storyline largely plays out in the first book “The Duke and I” and the news certainly did not come as a shock to readers of the Quinn’s book.

In fact, the short-term commitment was a big part of the role’s appeal, Page tells Variety exclusively.

“It’s a one-season arc. It’s going to have a beginning, middle, end – give us a year,” Page says, recounting early conversations with Shondaland producers, who approached him about the role of Simon

[I thought] ‘That’s interesting,’ because then it felt like a limited series. I get to come in, I get to contribute my bit and then the Bridgerton family rolls on.

As such, the dashing British-Zimbabwean star’s on-screen storyline wraps up with Simon and Daphne solidifying their love story and the Duke dealing his own daddy issues with the birth of their first child, a son.

Off screen, Page’s time in the Regency era has concluded similarly, as the actor was only contracted for one season of the show.

Bridgerton has been a critical success for Netflix, with the streamer reporting that a record 82 million households devoured the series’ eight episodes in the first month after its Christmas Day release.

As noted in Lady Whistledown’s post, the show’s second season will focus on the oldest of the Bridgerton clan, Anthony (played by Jonathan Bailey), and his quest for love.

Based on the second book in Quinn’s series, titled “The Viscount Who Loved Me,” the new episodes will notably introduce the fan-favorite character Kate Sharma (played by “Sex Education” star Simone Ashley).

Phoebe Dynevor’s Daphne Bridgerton (now Duchess of Hastings) will also return for the new season, but while Page’s Simon will live on in the “Bridgerton” world as Daphne’s husband, the character will not appear on screen.

However, the news has sparked outrage on social media as many fans of the show who have fallen in love with Regé-Jean Page on-screen and off-screen demand a call back.

My reaction after hearing that the Duke won’t be coming back for the season 2 of #Bridgerton pic.twitter.com/a17YE0pPL9

After finding out that Rege-Jean Page isn’t returning for season 2 #Bridgerton pic.twitter.com/GBNfu6l8VY

If Regé-Jean Page is not in coming back then what is the point? What is the point of season 2? Ain’t nobody trying to see Anthony. #Bridgerton pic.twitter.com/X0rUWpHtWL

how the locals are receiving the simon news vs. the bridgerton readers knowing that it was bound to happen one day #Bridgerton pic.twitter.com/KjRYILJwsj

Women trying to process that Regé-Jean Page wont be in season 2 of #Bridgerton pic.twitter.com/76YZRZ7JDW

The hot guy isn’t returning to @bridgerton and you still expect me to tune in? pic.twitter.com/TiOaVC0sCs

Daphne just had a baby, and now his dad want be in the show 😭 #Bridgerton

Regé-Jean Page isn’t returning for season 2 of Bridgerton. Cancel the show. Let’s not act like we all weren’t watching for the Duke 🤣

I tried to talk to my friend about Bridgerton. She only watched it once and called the Duke character “shaggy the singer”. She has no interest in the show after watching it lol

So how the hell is there Bridgerton season 2 with no duke?!?!?! Shonda you finna stress me out