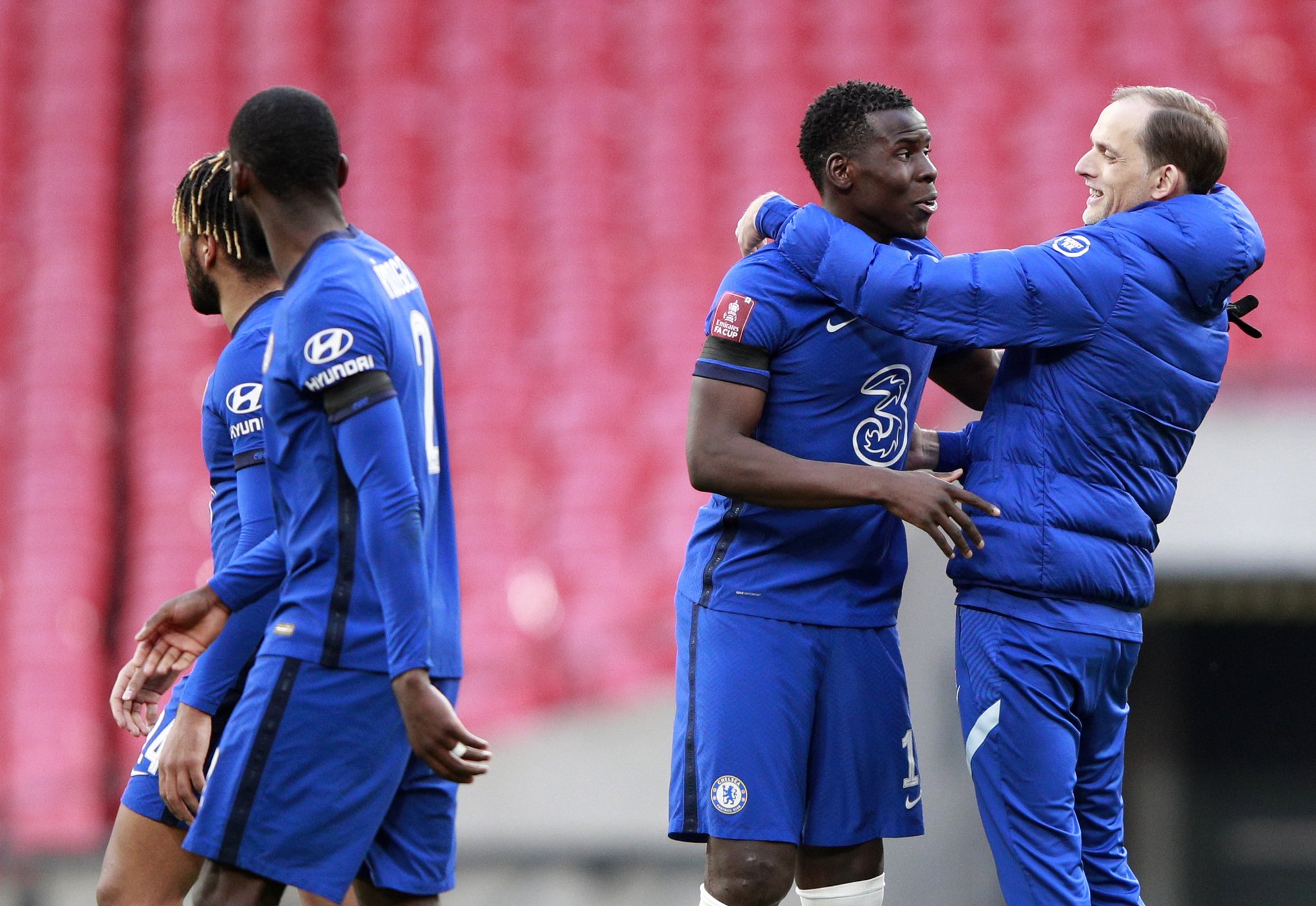 Chelsea has ended Manchester City‘s quadruple dream in the semi-final of English FA Cup at Wembley Stadium in London on Saturday.

A goal by Hakim Ziyech from a Timo Werner assist in the 55th minute saw Chelsea head to the FA Cup final.

The Blues (Chelsea) will now be back at Wembley Stadium next month for FA Cup final after their 1-0 victory over City.

Chelsea will await the winner of the second semi-final game between Leicester City and Southampton on Sunday to determine who they will face next.

However, for Pep Guardiola’s side, there are doubts over whether De Bruyne will be fit to face Tottenham.

The influential Belgian playmaker hobbled off with an apparent ankle injury just as City is entering a crunch period of the season.

A 11-point Premier League lead makes collecting that trophy a near-certainty but there is also a first Champions League semifinal with City for Guardiola against Paris Saint-Germain in what remains the priority title for the club.

While Guardiola has been in charge almost five years at City, Thomas Tuchel has only been at Chelsea three months.

After picking up the pieces following the firing of Frank Lampard, the German now has a shot at a trophy in the FA Cup final next month. And like City, Chelsea remains in Champions League contention with Real Madrid awaiting in the last four.

The performance against City will offer Tuchel encouragement of silverware. While Timo Werner struggles for goals, assists are less of a problem _ with his 12th of his first season at Chelsea setting up Ziyech for the close-range finish in the 55th minute.

There were no Chelsea fans to witness the goal in person, however, they should be allowed back into Wembley for the May 15 final as coronavirus restrictions are eased.

Teenager Stabs Friend To Death Over Phone In Adamawa