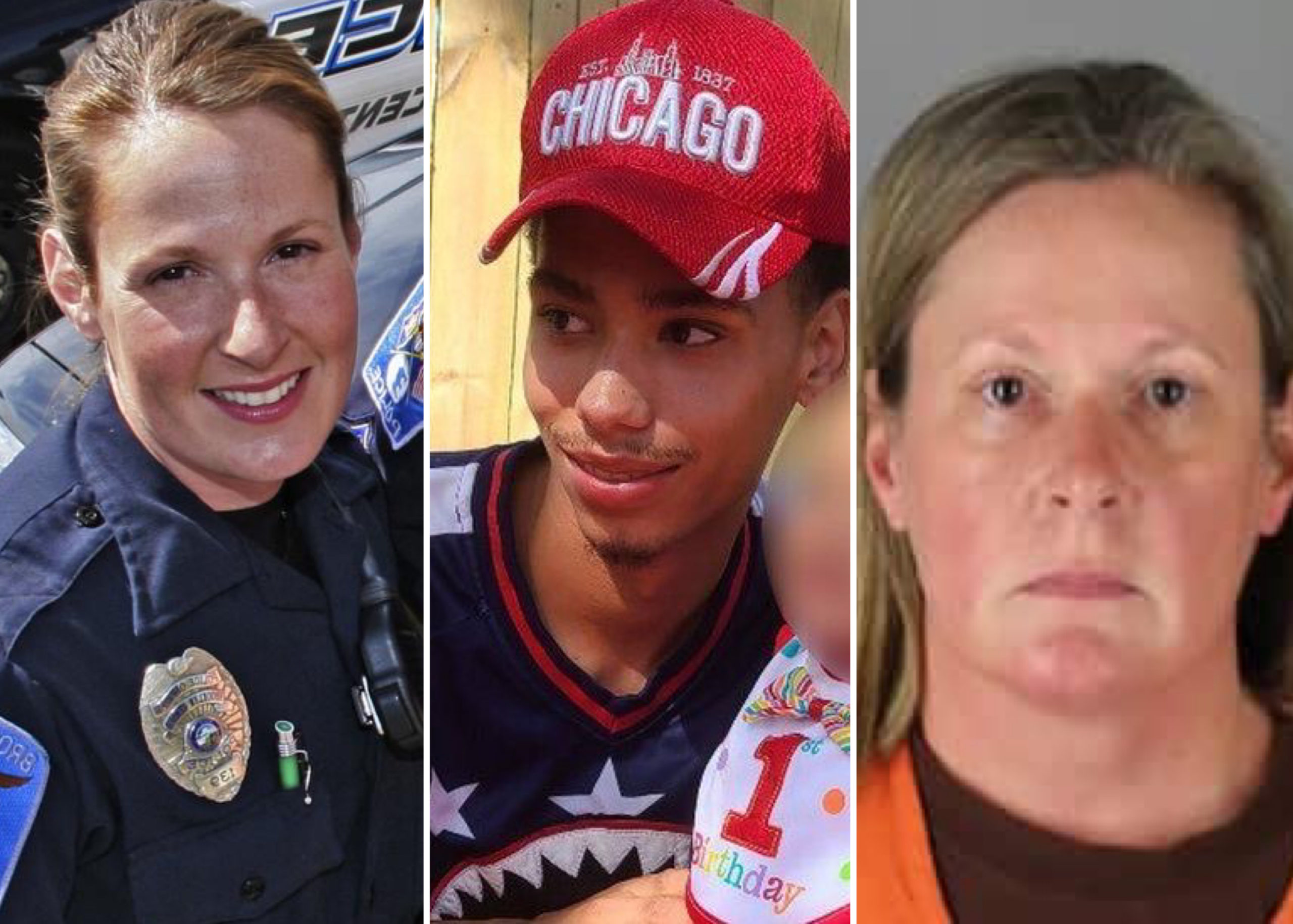 Former Brooklyn Center police officer, who fatally shot a 20-year-old Black man, Daunte Wright during a traffic stop, has been arrested and charged in connection with his death.

Kim Potter, a 26-year veteran of the Brooklyn Center Police Department, was taken into custody about 11:30 a.m. at Bureau of Criminal Apprehension (BCA), officials said on Wednesday, April 14.

The white female police officer has now been charged with second-degree manslaughter over the killing of the father of one.

It would be recalled that Wright was shot dead during a traffic stop just before 2 p.m. Sunday in Brooklyn Center, after officer Potter said she mistook her taser for a gun and fired at him.

He died just 10 miles from the courthouse where another former white cop Derek Chauvin is currently being tried for the murder of black man George Floyd last year, sparking protests in the state.

Potter, a 48-year-old married mom-of-two, was taken into custody at Hennepin County Jail just after midday where she will now be held ahead of her first court appearance.

Under Minnesota law, a second-degree-murder charge is filed when a person is accused of causing another person’s death through negligence that created an unreasonable risk, and of consciously taking the chance of causing severe injury or death.

However, sentencing guidelines for someone without a criminal record call for no more than four years behind bars.

Meanwhile, Ben Crump, attorney for Wright’s family, welcomed the news of Potter’s arrest but said ‘no conviction‘ could bring back the 20-year-old father-of-one after he was ‘executed‘ by the cop.

Crump also represents the family of Floyd and helped them win a $27 million legal settlement against the city.

Following Wright’s death, the veteran officer and Brooklyn Center Police Chief Tim Gannon resigned from their positions on Tuesday as protests erupted in the city for a third night in a row demanding justice for the deceased.

The day before he resigned, Gannon told reporters that the officer meant to draw a Taser but “drew their handgun instead of their Taser”.

Meanwhile, Imran Ali, Washington County assistant criminal division chief and director of the Major Crime Unit, said in a statement announcing the charges that the state will ‘vigorously prosecute this case‘ against the veteran cop.

The investigation remains active and ongoing with BCA and Washington County Attorney’s Office continuing to work together on the case going forward.