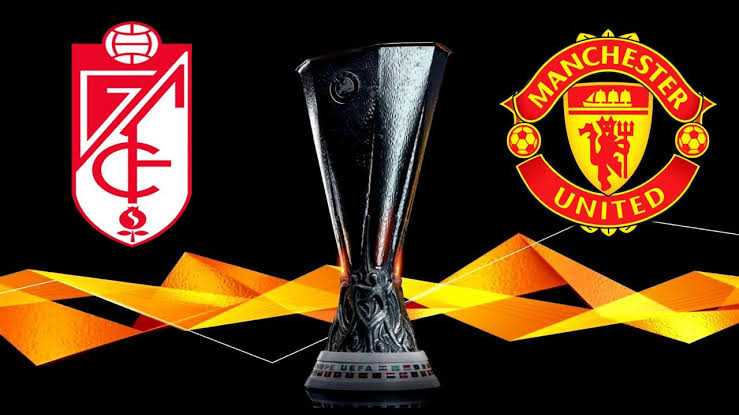 Manchester United is set to resume their quest for Europa League success on Thursday night when they play against Granada in the first leg of their quarter-final battle at Estadio Nuevo Los Carmenes stadium in Spain.

Granada are showing no signs of relent in their phenomenal rise to stardom as they ensure that their first ever season in continental competition would be a memorable one. A 2-0 victory in the first leg of their last-16 battle with Molde FC gave them a significant advantage heading into the second leg against the Norwegian outfit.

Molde FC managed a 2-1 win during the return leg in Norway, but the damage was done in the first leg and the away goal scored by the veteran, Roberto Soldado proved pivotal on the night, as Granada progressed into the quarter final of the Europa League with an aggregate scoreline of 3-2.

The Spanish side also overcame Napoli by a 3-2 aggregate scoreline earlier in the tournament, but they now head into the first leg of their tie with Man United on the back of two successive defeats in La Liga, with Valencia and Villarreal both getting the better of Granada in recent weeks.

Diego Martinez’s side lost to Villareal last weekend in La Liga, which ended Granada’s run of four home wins as Gerard Moreno scored all three goals in a 3-0 win for the Yellow Submarine (Villareal). Granada have only lost one of their six Europa League games at Estadio Nuevo Los Carmenes so far.

Meanwhile, Manchester United were second best for the first 45 minutes of their battle with Brighton & Hove Albion on Sunday night in the Premier League as they trailed a goal behind into the halftime break. Ole Gunnar Solskjaer‘s men turned the screw in the second half to run out 2-1 winners in a hard-fought game.

Danny Welbeck returned to Old Trafford to haunt his former club. However, Marcus Rashford and Mason Greenwood popped up with vital strikes in the second period to extend Man United‘s unbeaten run in the Premier League to 10 matches, although they have very little to play for domestically as Manchester City are 14 points clear at the top of the table.

The Europa League remains Solskjaer‘s best opportunity to claim his first piece of silverware at Old Trafford. United had Paul Pogba to thank in their last-16 battle with AC Milan, as the Frenchman’s winner at San Siro propelled the Red Devils (Manchester United) to a 2-1 aggregate triumph.

United have only conceded one goal in their four Europa League matches and have been handed a rather favourable draw in the quarter finals, but Solskjaer knows the dangers of underestimating their opponents this week.

Granada and Man United have never faced eachother before, but Solskjaer‘s side have scored five and have not conceded any goal in their two away Europa League this season.

Granada could be without three of their full-backs in Carlos Neva, Dimitri Foulquier and Quini

Meanwhile, Man United have been rocked by the news that Anthony Martial could miss the remainder of the season with a knee injury.

Marcus Rashford‘s involvement is up in the air after he came off injured with a knock against Brighton, although the Englishman has made the journey alongside his teammates.

Additionally, Eric Bailly is unavailable for the visitors as he came back with a positive COVID-19 result.

I’m Taking A Short Rest In London, Buhari Says In Letter To King Of Jordan