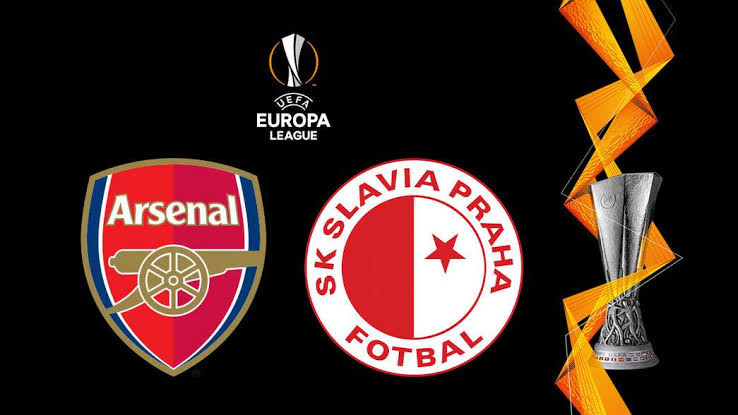 Arsenal will endeavour to get back to winning ways when they welcome Slavia Prague to the Emirates Stadium for the first leg of their quarter-final clash of Europa League on Thursday evening.

Gunners (Arsenal) overcame Greek side, Olympiacos on 3-2 aggregate to book their spot in the last eight, whereas Slavia Prague pushed Scottish side, Rangers out of the tournament in a controversial tie.

Mikel Arteta’s Arsenal conceded a 3-0 loss to Liverpool over the weekend. The defeat highlighted the many problems the Spaniard continues to face at the Emirates after nearly a year and a half in the job.

Arteta also witnessed his side come up short in the second leg against Olympiacos in the last-16 stage, as they slumped to a 1-0 defeat.However, the wide goal margin advantage from the first leg was enough to keep Arsenal in the European competition.

Arsenal have now gone 13 games without a clean sheet in all competitions since drawing 0-0 with Manchester United on January 30. However, their 1-0 loss to Olympiacos last time out represented the first time in 26 Europa League matches that they had failed to find the back of the net – a run stretching all the way back to February 2019, when they lost 1-0 to BATE Borisov.

Meanwhile, Slavia Prague have strung together a 21-game unbeaten run across all competitions and are yet to taste defeat since the turn of the year.

Although they dropped two points in the league at the weekend as Zbrojovka Brno held them to a 0-0 draw. The goalless draw represented Slavia Prague‘s fourth clean sheet on the bounce.

They have already come up victorious over Leicester City‘s turf in the last-32 round of the Europa League this term, so the Czech powerhouse have earned their right to be in the quarter-finals and they will try to progress further when they face Gunners.

However, their only previous trip to the Emirates Stadium saw them suffer a 7-0 defeat in the 2007-08 Champions League group stage, during which Cesc Fabregas and Theo Walcott scored braces and Nicklas Bendtner also got in on the act.

Arsenal’s injury list is piling up again at the worst time for Arteta, who has already seen David Luiz undergo surgery on a knee problem, while Kieran Tierney is reportedly facing several weeks on the sidelines with the injury he sustained against Liverpool in the same area.

Bukayo Saka and Emile Smith Rowe failed late fitness tests before the visit of Liverpool but will hope to return here, and Granit Xhaka should be fine after missing out at the weekend through illness.

Meanwhile, Slavia are short of centre-back options with Simon Deli and David Hovorka also unavailable, but highly-rated winger Abdallah Sima, who has scored four goals in this season’s tournament, is available despite a domestic suspension.