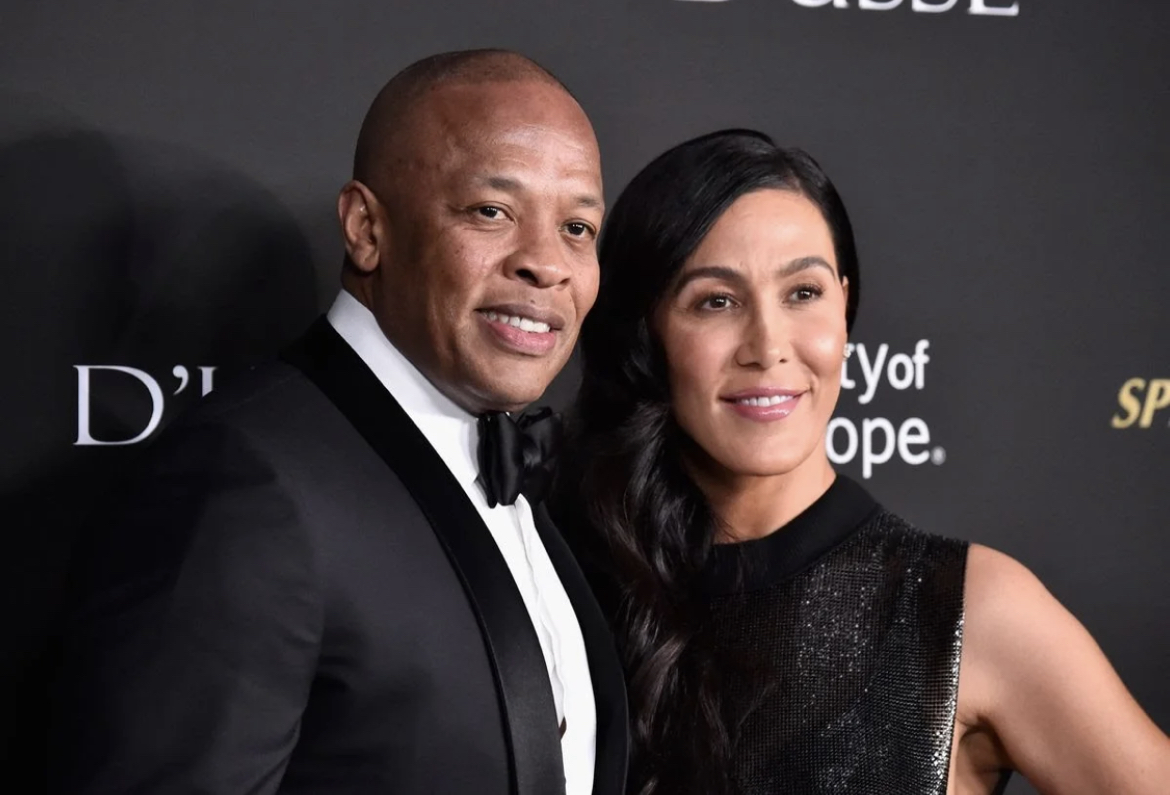 Music mogul, Dr. Dre has denied his estranged wife, Nicole Young’s abuse claims amid their ongoing divorce battle, accusing Young of bringing up his past history of domestic violence in an attempt to get money out of him.

According to TMZ, the music producer has filed new legal docs that claim Young’s abuse claims are false and that she didn’t bring up the allegations until after she seeing that their prenup wouldn’t allow here to recieve half his wealth.

In the documents, obtained by TMZ, 56-year-old Dre — real name Andre Romelle Young — calls the claims “appalling” and false. He also denies abusing Nicole before they were married, including the night before their wedding.

Dr. Dre also alleged in the court docs that he has ‘been trying to settle the divorce with Nicole since she filed in June 2020,’ but claimed she is purposely ‘dragging her feet.’

The aforementioned abuse allegations came to light in January, when Young asserted that Dre held a gun to her head on two separate occasions in 2000 and 2001, punched her in the face twice, and kicked her down the door of a room she had been “hiding from his rage in 2016.”

The new documents come after Dre was granted “single status” from a judge during their divorce.

Dre says his divorce from his estranged wife, Nicole Young, has gotten to the point of no return.

The former couple has been trying to settle their divorce since Young filed in June last year.

No Death In Six Days As Nigeria Records 110 New Infections