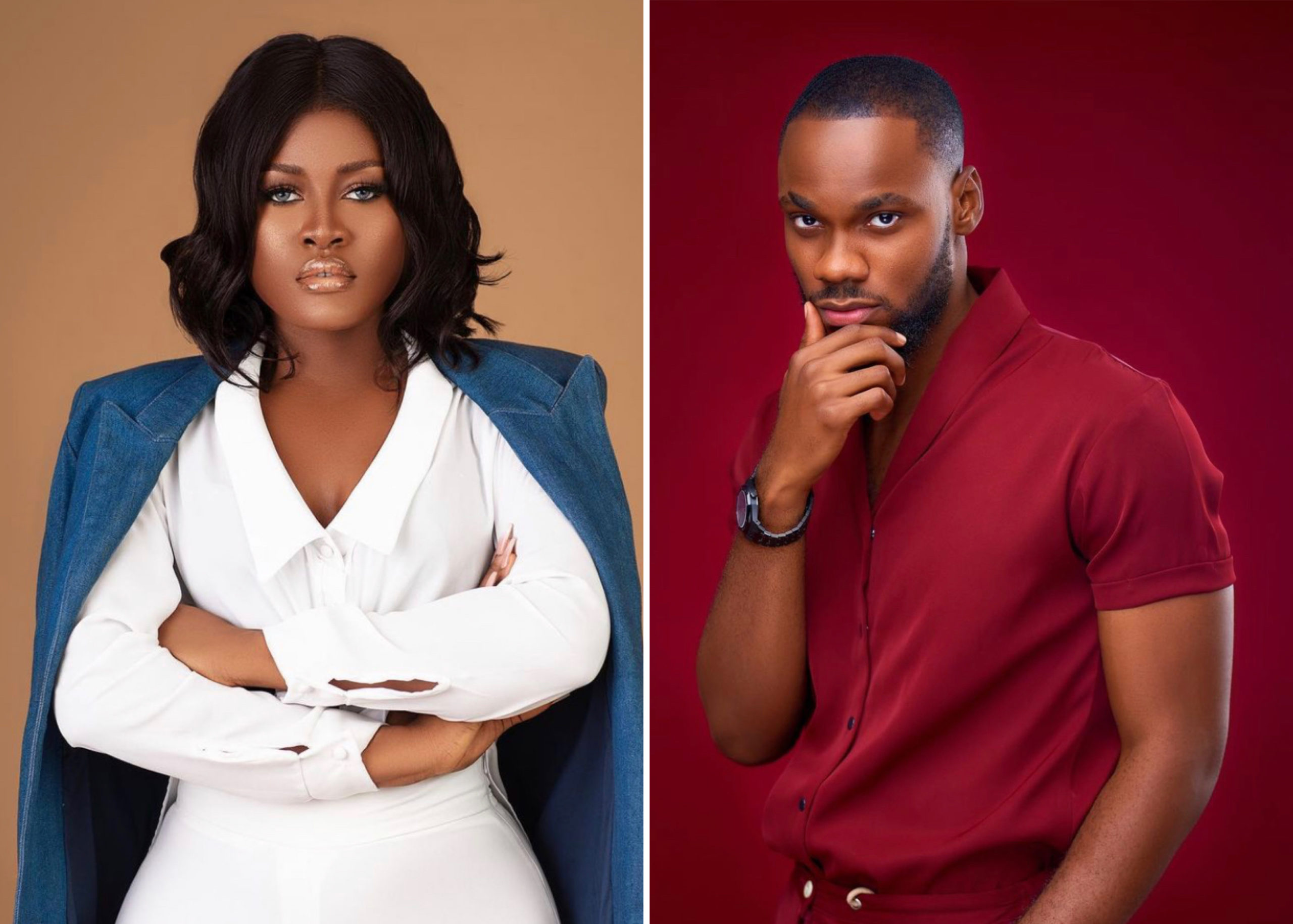 Reality TV star, Alexandra Asogwa better known as Alex Unusual has reacted to rumors that she is in a romantic relationship with fellow BBNaija star, Prince Nelson Enwerem.

It would be recalled that Prince while in the 2020 edition of BBNaija reality show was entangled in a romantic drama with TolaniBaj and Dorathy Bachor.

After the reality show ended, Prince and Dorathy became very close friends until recently, sparking rumours about the end of their friendship.

Prince has since been seen several times with Alex. News of their rumoured affair started few months ago when Alex paid Prince a visit in his home and shared videos on her Instagram page.

A fan in quest of knowing the truth from the horse’s own mouth asked Alex Unusual if she was dating Prince via question and answer session on Instagram.

Wondering whether the question the fan asked was a joke, Alex Unusual said she is not in romantic relationship with Prince.

She made it clear that there’s nothing romantic between them and they are only good friends who have a lot of fun when together.

Is this a joke? How can I even be asked this? No I’m not dating Prince. 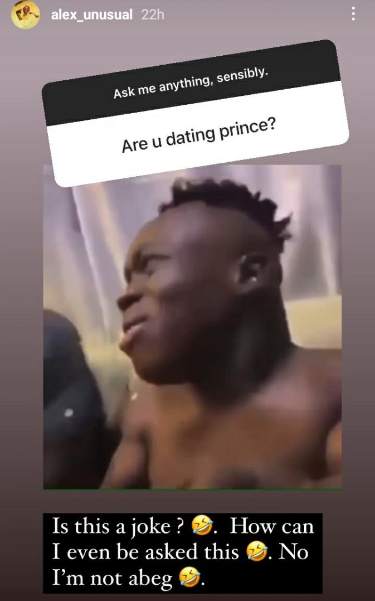