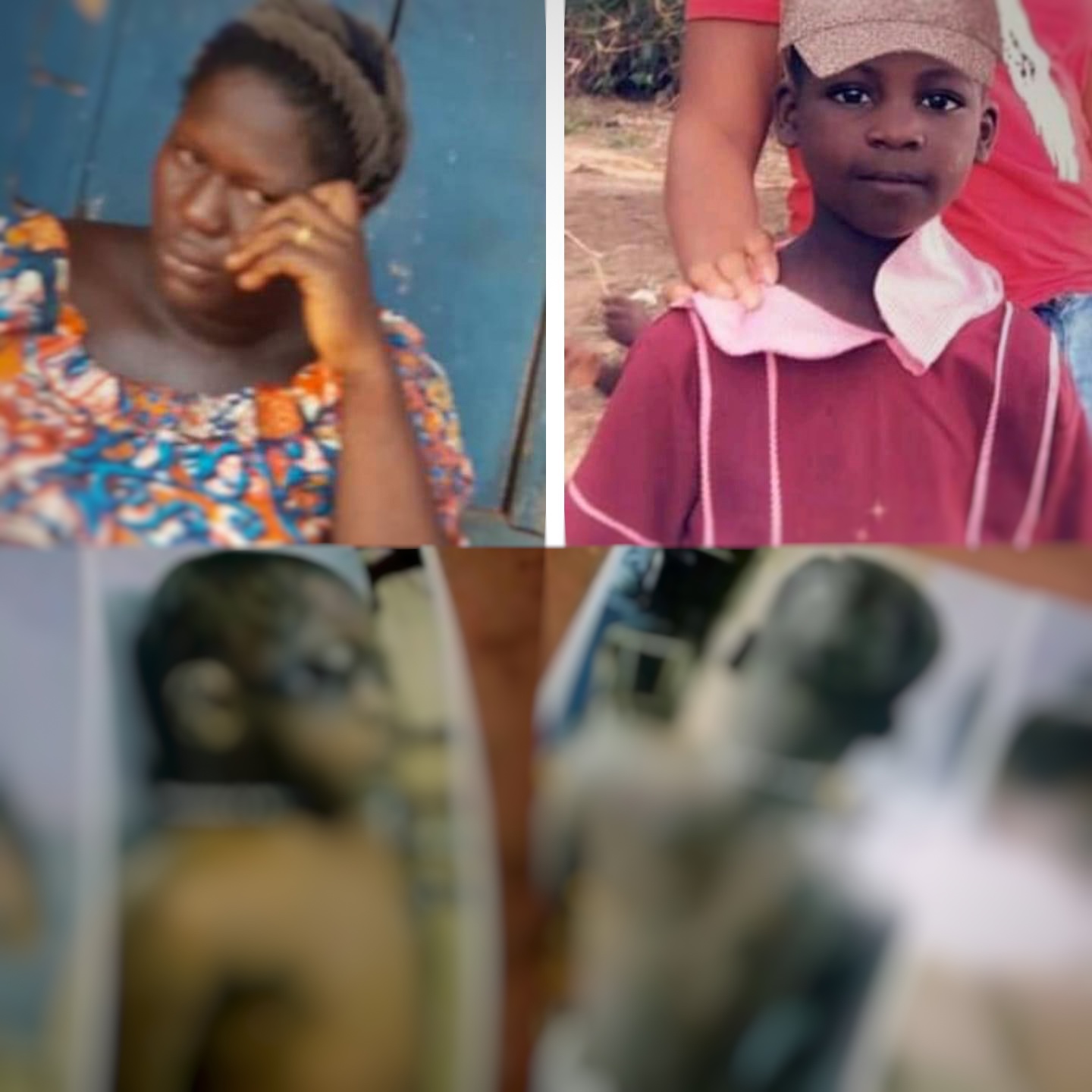 A woman identified as Madam Nmesoma has been accused of beating her 10-year-old househelp to death in Enugu state.

Sharing the news via his Facebook page, human rights activist, Gwamnishu Emefiena Harrison alleged that the househelp was brutally tortured and died before the woman took the deceased to the hospital for treatment on February 16.

He revealed that Madam Nmesoma is detained at SCID Awka but claimed that the police have refused to charge her to court for murder, saying there is a plan to cover up the househelp’s death.

The activist then alleged that the young girl died with bruises over all her body including stab wounds in the hand of a woman who ought to take her as her own child.

THEY WANT TO COVER UP HER DEATH.

She was brutally tortured and she died before arriving the hospital for treatment on 16th February, 2021.

Madam Nmesoma is detained at SCID Awka and as usual, the police have refused to charge Madam Nmesoma to court for murder. She was brutally tortured and she died before arriving the hospital for treatment on 16th February, 2021.

The poor girl died in the hand of a woman who ought to take her as her own child. With bruises all over her body, multiple stabs on her back, a child died with pain.

DEMAND THAT POLICE DESIST FROM COLLECTING BAIL AND SETTLEMENT. 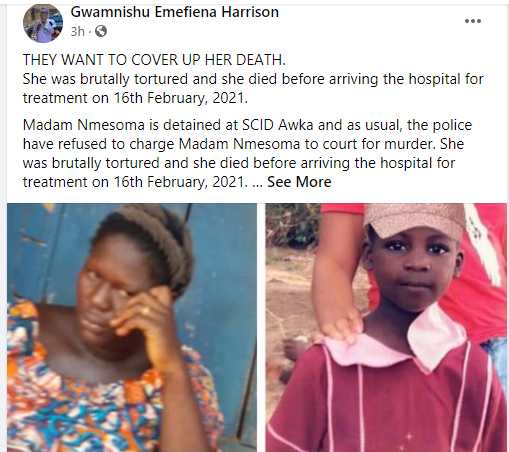 Another Facebook user, Abanifi Phoebe Ijeoma also alleged that the incident occurred 3 months after Mmesonma gave birth to her own child.

On Tuesday February 16 2021, while we were busy going about our normal lives, this woman named Mmesonma Okoye from Enugu state actually killed a ten year old kid by the name Kosisochukwu who was under her care as a “maid” three months after giving birth to her own child

The child Kosisochukwu was inflicted with multiple stab wounds on her head and other parts of her body until she died, what she did after that was so terrible and shocking

She called the family of Kosi to come to a certain hospital because Kosisochukwu was very sick. On getting there, the doctor told her family that the child was long dead before they brought her to the hospital and her remains had been deposited in the mortuary, the family insisted on seeing the corpse and after much back and forth they were granted.

Lo and behold, they saw a child, brutally tortured till she breathe her last, with fractured body and a hole in the head, now the thing is Mmesonma and her husband are trying to avert justice because of course late Kosisochukwu was from a very poor home, the family wants justice but as it is the DPO is not helping matters, they are crying for help, they want well meaning Nigerians to intervene and help them get justice.

My next post I’m going to attach the picture of Kosisochukwu while alive and her brutalized dead body. 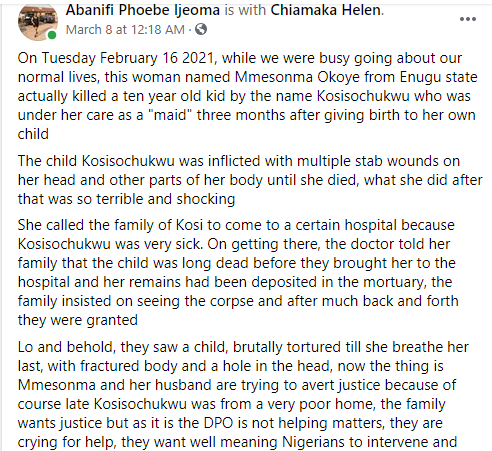