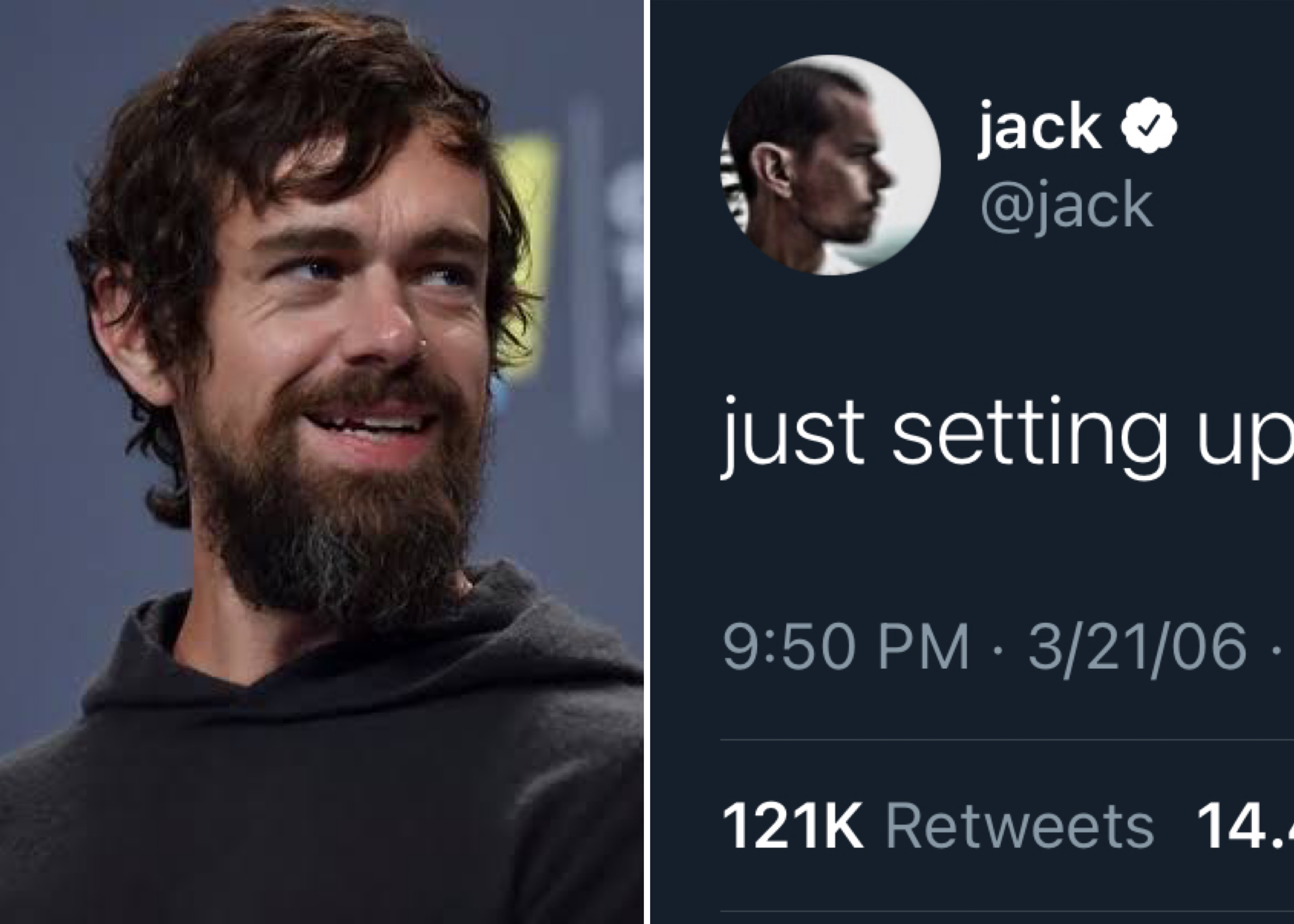 Twitter CEO, Jack Dorsey has sold his first-ever published tweet for $2.9 million dollars as an Non-Fungible Token (NFT) on Monday.

just setting up my twttr

The tweet was listed for sale on ‘Valuables by Cent’ – a tweets marketplace that was launched three months ago.

Upon the announcement of the sale, the tweet received offers as high as $88,888.88 within minutes of Jack tweeting a link to the listing on” Valuables by Cent” last Friday.

The final buyer of 15-year-old tweet, which is one of the most famous tweets ever on the platform, will receive a certificate, digitally signed and verified by Jack Dorsey, as well as the metadata of the original tweet.

The data will include information such as the time the tweet was posted and its text contents. Most of this information, however, is already publicly available.

In a tweet, Jack Dorsey converted the proceeds to Bitcoin and sent it “Give Directly Africa Fund” a non-profit organization, as promised.

Meanwhile, Non-Fungible Token (NFTs) have picked up steam in recent months as a popular technology to sell digital art and other musings such as drawings or music. An NFT is a unique digital token which effectively verifies authenticity and ownership. It is encrypted with the artist’s signature on the blockchain, a digital ledger used in cryptocurrencies such as bitcoin.

In recent weeks, NFTs have sold for seven or even eight figures, mirroring a broader market euphoria currently propping up stocks, sports trading cards and cryptocurrencies.

“Am I Not A Boy?” – Cheating Boyfriend Defends Himself As He Beats Girlfriend For Cheating On Him (Video)