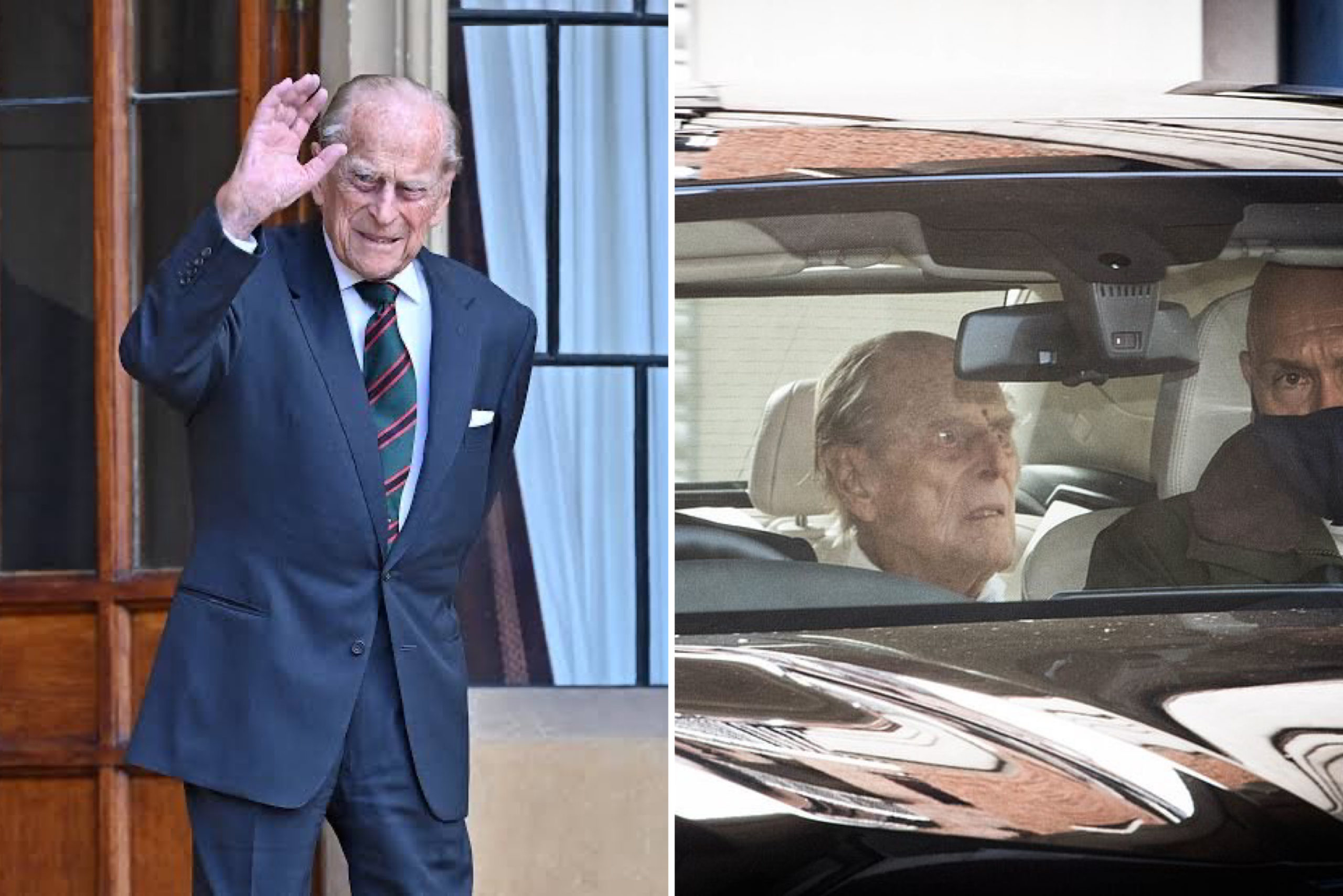 Britain’s Prince Philip, husband of Queen Elizabeth II, has been discharged from hospital on Tuesday, March 16 following a month under the care of medical staff.

The Duke of Edinburgh was initially taken by car to King Edward VII‘s Hospital on February 16, after telling his doctor he felt unwell and was admitted over an infection.

However, two weeks later he was moved to St Bartholomew’s Hospital in the City of London by ambulance and underwent a successful heart surgery.

The Duke underwent a successful procedure on a pre-existing heart condition at Barts on March 3, before returning to King Edward VII’s Hospital a few days later to recuperate and continue his treatment.

Prince Philip, 99, the nation’s longest-serving consort, spent 28 nights as a patient at both hospital – his longest ever stay.

In latest development, he was photographed leaving King Edward VII‘s Hospital in Marylebone at about 10.30am today in a wheelchair, before getting into a car and was driven away to Windsor Castle.

Philip, who is set to celebrate his 100th birthday in June, thanked medical staff for caring for him during his stay in hospital.

In a statement, Buckingham Palace said he had returned ‘following treatment for an infection and a successful procedure for a pre-existing condition’.

His Royal Highness wishes to thank all the medical staff who looked after him at both King Edward VII’s Hospital and St Bartholomew’s Hospital, and everyone who has sent their good wishes.

He has now returned to Windsor Castle to be with his wife, Queen Elizabeth II and also get updated about the recent happenings that shook British monarch – the bombshell interview of his grandson, Prince Harry and his wife, Meghan Markle with Oprah Winfrey.

The Duke and Duchess of Sussex plunged the monarchy into a crisis by accusing a member of the royal family of racism, though they excluded the Queen or Philip.

The couple, among other allegations, claimed that Meghan received no support with her mental health problems.

While Philip was in hospital, they faced calls to postpone their interview with Winfrey because Philip was unwell, but they went ahead with it.

Reacting, the Queen, 94, in a statement afterwards said the issues are concerning, but that ‘some recollections may vary‘ and the matter is a family one that will be dealt with privately.