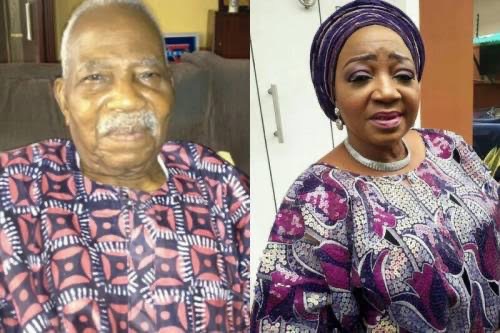 Five more suspects have been arrested in connection with the murder of Olufunke Olakunrin, daughter of former National Leader of the Pan Yoruba Socio-political Group, Afenifere, Pa Reuben Fasoranti.

The suspects were said to have been arrested by men of Criminal Investigative Department (CID) and the Special Weapons and Tactics (SWAT) team of Nigerian Police Force.

Olakunrin was murdered by armed men suspected to be kidnappers in July 2019, while traveling along Lagos/Ore/Benin Highway.

The murder case has been in court since August 2020, but the resumed hearing was stalled on Tuesday as the State Director of Public Prosecutions, Grace Olowoporoku notified the court of the arrest of the suspects.

They were arraigned on three count charges of conspiracy to kill, murder and kidnapping.

Names of the five new suspects were given as Lawal Mazaje, 40, from Felele, Kogi State; Adamu Adamu, 50, from Jada in Adamawa State; Mohammed Usman, 26, from Illela, Sokoto State and Auwal Abubakar, 25, from Shinkafi , Zamfara State.

The arrest of the five suspects was made known at the resumed hearing of the four suspects presided over by Justice Bode Adegbehingbe.

Lead counsel for prosecution, Grace Olowoporoku, informed the court that the five suspects were arrested following the continuous mentioning of their names during investigation.

Olowoporoku requested for a short adjournment to enable the prosecution conclude investigation on the new suspects.

Insecurity: President Buhari Should Be Held For Infiltration…