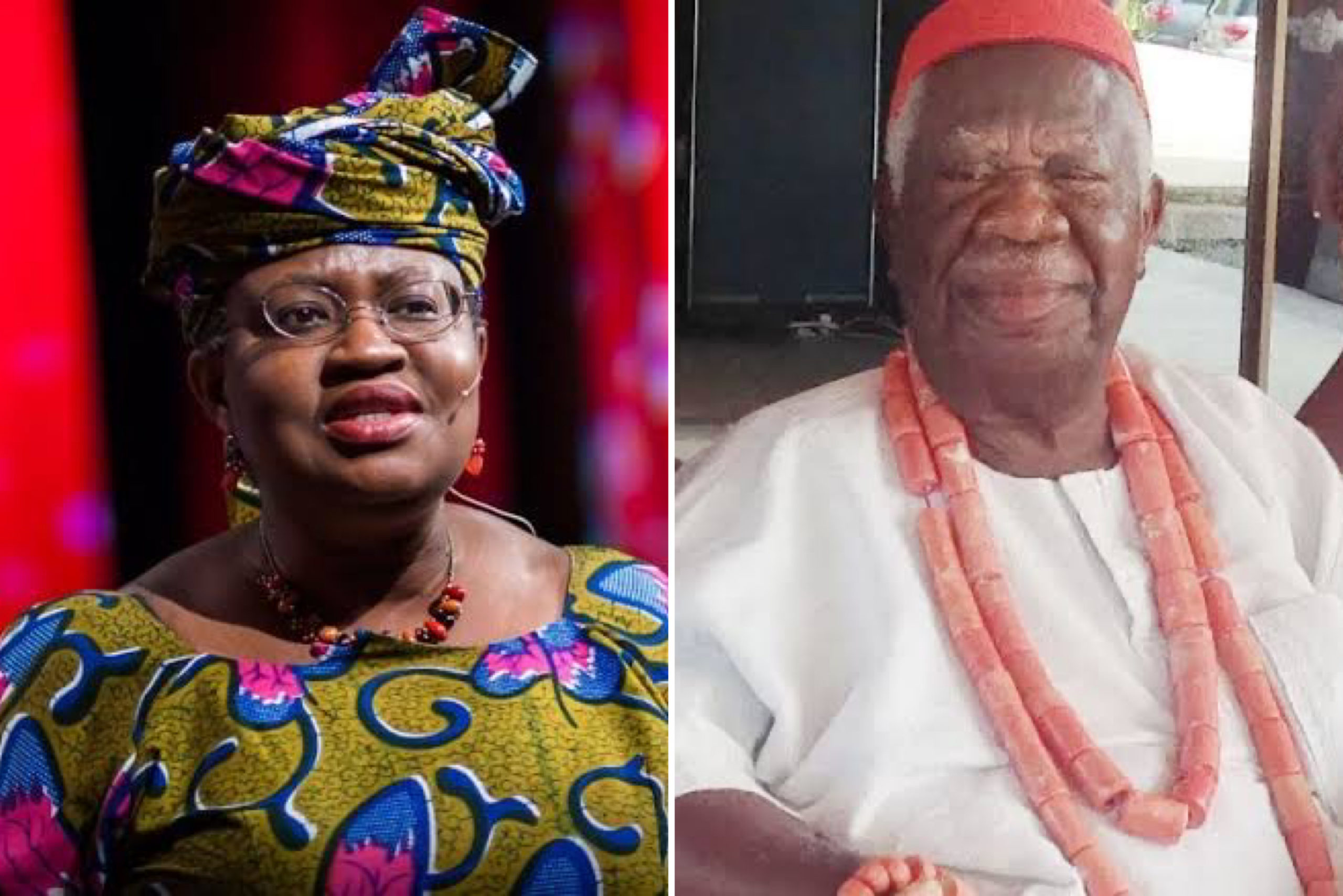 Mrs Okonjo-Iweala, who made the disclosure in a statement on Monday, added that Mr Okonjo died in Lagos state soon after he arrived from a trip to United States of America and Ghana.

On behalf of my siblings and relatives of the Umu Obi Obahai Royal Family of Ogwashi-Uku, I announce the passing of my father, Obi Professor Chukuka Okonjo, the immediate past Obi of Ogwashi-Uku, Delta State at the age of 91.

He died in Lagos soon after he arrived from a trip to the United States of America and Ghana.

We are immensely grateful that his last moments were peaceful and that he died the same way he lived his life – with quiet dignity.

Dr Okonjo-Iweala said her father was an accomplished man on so many levels “a highly respected academic, international public servant, university administrator, intellectual and traditional ruler.”