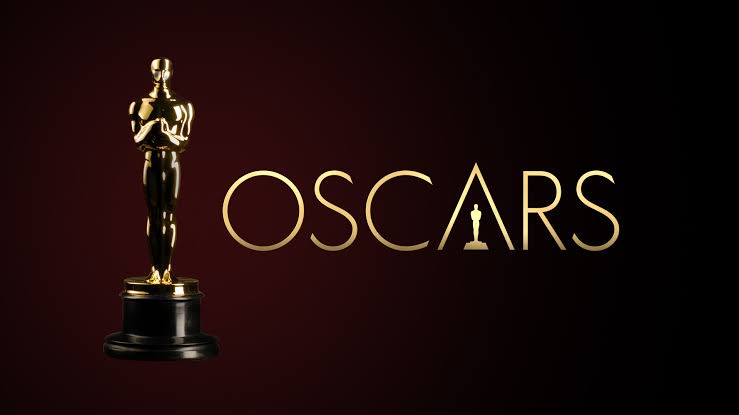 Academy of Motion Picture Arts and Sciences (AMPAS) has on Monday released full nominations list for 2021 Oscars with Netflix leading the pack.

Netflix, as expected, led the pack with 35 nominations. The service is still gunning for its first best-picture winner, and this year has two shots in “Mank” and “The Trial of the Chicago 7” — a movie Paramount Pictures sold off during the pandemic. Netflix led last year, too, with 24 nominations, but came away with just two wins.

Other streamers were in the mix. Amazon, in particular, was well represented with “Sound of Metal,” “Borat Subsequent Moviefilm” and “One Night in Miami” — leading to 12 nominations overall.

Both Apple TV+ (“Wolfwalkers,” “Greyhound”) and Disney+ (“Soul“) landed their first nominations. The film that tried to lead a box-office revival — Christopher Nolan’s “Tenet” — walked away with nominations for production design and visual effects.

Also vying for the ‘Best Picture’ category are ‘The Father’, ‘Judas and the Black Messiah’, ‘Minari’, ‘Nomadland’, ‘Promising Young Woman’, ‘Sound of Metal’, and ‘The Trial of the Chicago 7’.

The rest were spread among a wide variety of contenders. The movies ‘The Father’, ‘Judas and the Black Messiah’, ‘Minari’, ‘Nomadland’, ‘Sound of Metal’ and ‘The Trial of the Chicago 7’ all got six nominations each.

Sadly, Nigeria’s ‘The Milkmaid’ had earlier lost out in the shortlist for the ‘International Feature Film’ (IFF) category ahead of nominations.

Meanwhile, history was made in the best director category where only five women have ever been nominated before. This year, both Chloé Zhoe (“Nomadland”) and Fennell got nods. “Never going to stop crying,” also nominated for best screenplay, Fennell said on Twitter.

Zhao, the first Asian woman nominated for best director, is the most nominated woman in a single year in Oscar history. She was also tipped for the film’s adapted screenplay, editing and as a producer in the best picture category.

The other directing nominees were Lee Isaac Chung for “Minari,” Fincher for “Mank” and Thomas Vinterberg for “Another Round.”

For performers, it’s the most diverse group of nominees ever — and a far cry from the all-white acting nods that triggered an outcry and a #OscarsSoWhite hashtag five years ago.

This year, nine of the 20 acting nominees are people of color, including a posthumous best-actor nomination for Chadwick Boseman (“Ma Rainey’s Black Bottom”), as well as nods for Riz Ahmed (“Sound of Metal”), Steven Yeun (“Minari”), Viola Davis (“Ma Rainey’s Black Bottom”) and Andra Day (“The People vs. Billie Holiday”) and supporting nominations for Daniel Kaluuya and Lakeith Stanfield (“Judas and the Black Messiah”), Leslie Odom Jr. (“One Night in Miami”) and Yuh-Jung Youn (“Minari”).

Meanwhile, Davis, who won for her performance in 2016’s “Fences,” landed her fourth Oscar nomination, making her the most nominated Black actress ever.

The other nominees for best actress are: Carey Mulligan, “Promising Young Woman”; Frances McDormand, “Nomadland”; Vanessa Kirby, “Pieces of a Woman.” The remaining nominee for best actor is Anthony Hopkins for the dementia drama “The Father.”

The award event will take place virtually at Los Angeles’ Union Station and the Dolby Theatre on April 25 after being pushed back from its original February 28 date due to the coronavirus pandemic.

“The Trial of the Chicago 7” (Netflix)

Thomas Vinterberg (“Another Round”)

Best Actor in a Leading Role

Best Actress in a Leading Role

Vanessa Kirby (“Pieces of a Woman”)

Best Actor in a Supporting Role

Sacha Baron Cohen (“The Trial of the Chicago 7”)

Best Actress in a Supporting Role

“Over the Moon” (Netflix)

“One Night in Miami,” Kemp Powers

“The Trial of the Chicago 7,” Aaron Sorkin

“Speak Now,” (“One Night in Miami”). Music and Lyric by Leslie Odom, Jr. and Sam Ashworth

“If Anything Happens I Love You” (Netflix)

“News of the World,” Dariusz Wolski

“The Trial of the Chicago 7,” Phedon Papamichael

“A Concerto Is a Conversation” (Breakwater Studios)

“Do Not Split” (Field of Vision)

“A Love Song for Latasha” (Netflix)

“The Trial of the Chicago 7,” Alan Baumgarten

“The Man Who Sold His Skin” (Tunisia)

“The One and Only Ivan,” Nick Davis, Greg Fisher, Ben Jones and Santiago Colomo Martinez

Photo News: One Year After Postponement, AFCON 2021 Kicks Off Under Strict COVID-19…