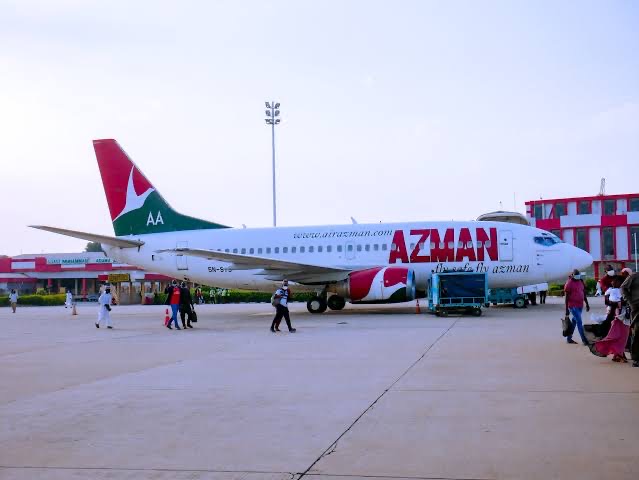 The regulatory authority in a statement signed by its Director General, Captain Musa Nuhu said that following series of incidents involving the airline’s Boeing 737 aircraft, it had to shut down the operations of the local carrier.

The suspension came on the heels of the recent incident involving an Azman aircraft that had a burst tyre on landing at the Lagos airport on February 16, 2021.

He explained that the suspension is to enable the Authority conduct an audit of the airline to determine the root cause of the incidents, and recommend corrective actions to forestall recurrence.

We regrets the inconvenience this action may cause to the public, particularly to Azman air passengers but the need to ensure the safety of Air Transport and protect the public interest, cannot be compromised

We will continue to ensure compliance to its regulations in the interest of safety and will viewed any violations seriously.

Speaking on the suspension, the airline announced to its customers via its Twitter handle, saying;

Due to our strong stance on safety, Azman Air will be undergoing an Audit of its safety processes as supervised by the regulators. In this regards, all our operations is hereby suspended. We are on our toes to restore operations within a short period.

Due to our Strong Stance on Safety, @AzmanAir will be undergoing an Audit of its Safety Processes as supervised by the Regulators

IN THIS REGARDS, ALL OUR OPERATIONS IS HEREBY SUSPENDED

Azman Airline Distances Self From Pilot Son Of Ex-IGP Who…