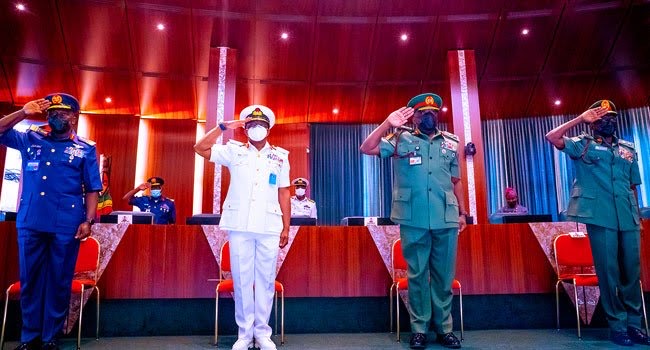 According to ThePunch, the military chiefs were said to have first visited 2 Division of Nigerian Army where Gen. Irabor addressed officers and men of the division.

The service chiefs are said to be on their way to the Governor’s Office at the Secretariat in Agodi to meet with the governor.

Yes, they are in Ibadan already. They are almost here to meet the governor.

There have been security issues in Oyo State and how to tackle the problem is expected to be one of the issues to be discussed at the meeting.