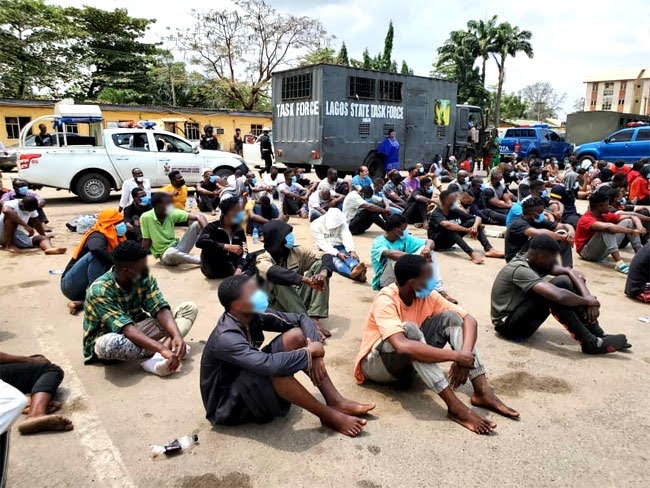 Lagos police command have arrested and paraded a total of 113 funseekers for violating COVID-19 protocols in the State.

The new development comes barely a week after 172 others were arrested at Cubana Nightclub in Victoria Island for violating all laid down procedures to prevent further spread of COVID-19. 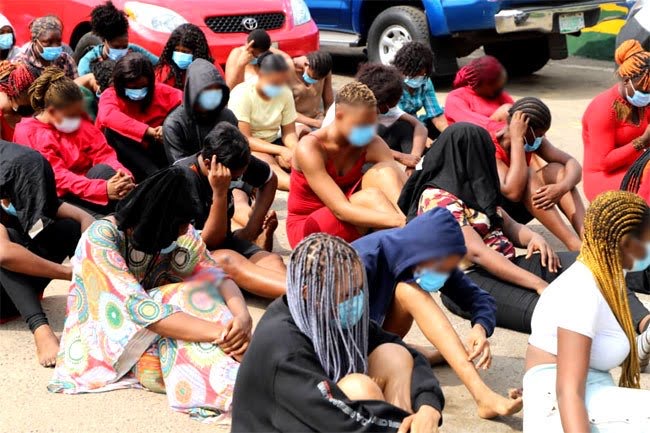 Ademuyiwa Adejobi, spokesperson of the command said the violators were arrested on Sunday, March 7 at Garbana Club, Ajao Estate and DNA Club, Victoria Island, Lagos by police operatives of the command including Lagos State Taskforce led by the Commander, CSP Sola Jejeloye.

The Commissioner of Police, while parading the suspects, vowed to go after club owners and their Landlords who contravene the town planning approvals of the state by converting their properties meant for other purposes to nightclubs.

He emphasized the need to make them scapegoats so as to serve as a deterrent to others in the state.

The police commissioner paraded the violators after meeting with all Area Commanders, Divisional Officers and Heads of Departments on having better security of Lagos State.

At the meeting, he outlined the plans and strategies to be adopted in curbing crimes and criminality in the state, with a special focus on cultism in certain areas within the state.

Odumosu warned against the nonchalant attitudes of security personnel towards observing COVID-19 protocols in the state. 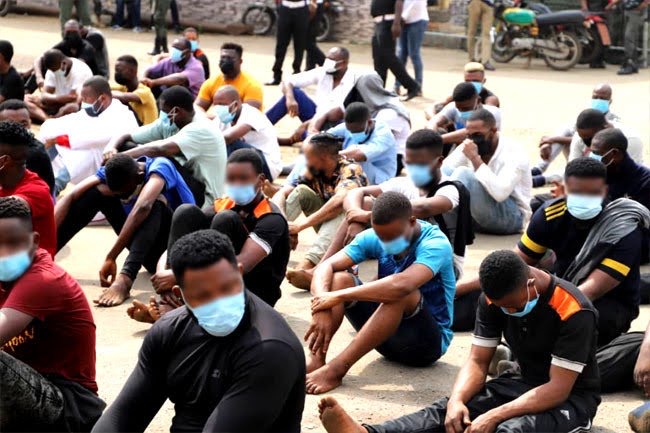 Odumosu directed the deployment of the DPO and senior officers in Ajao Estate for encouraging night clubbing and violation of other COVID-19 protocols in the area.

He asked the officers and men of the command to discharge their duties without fear or favour and ensure regular visibility policing in their areas of responsibility in the state.