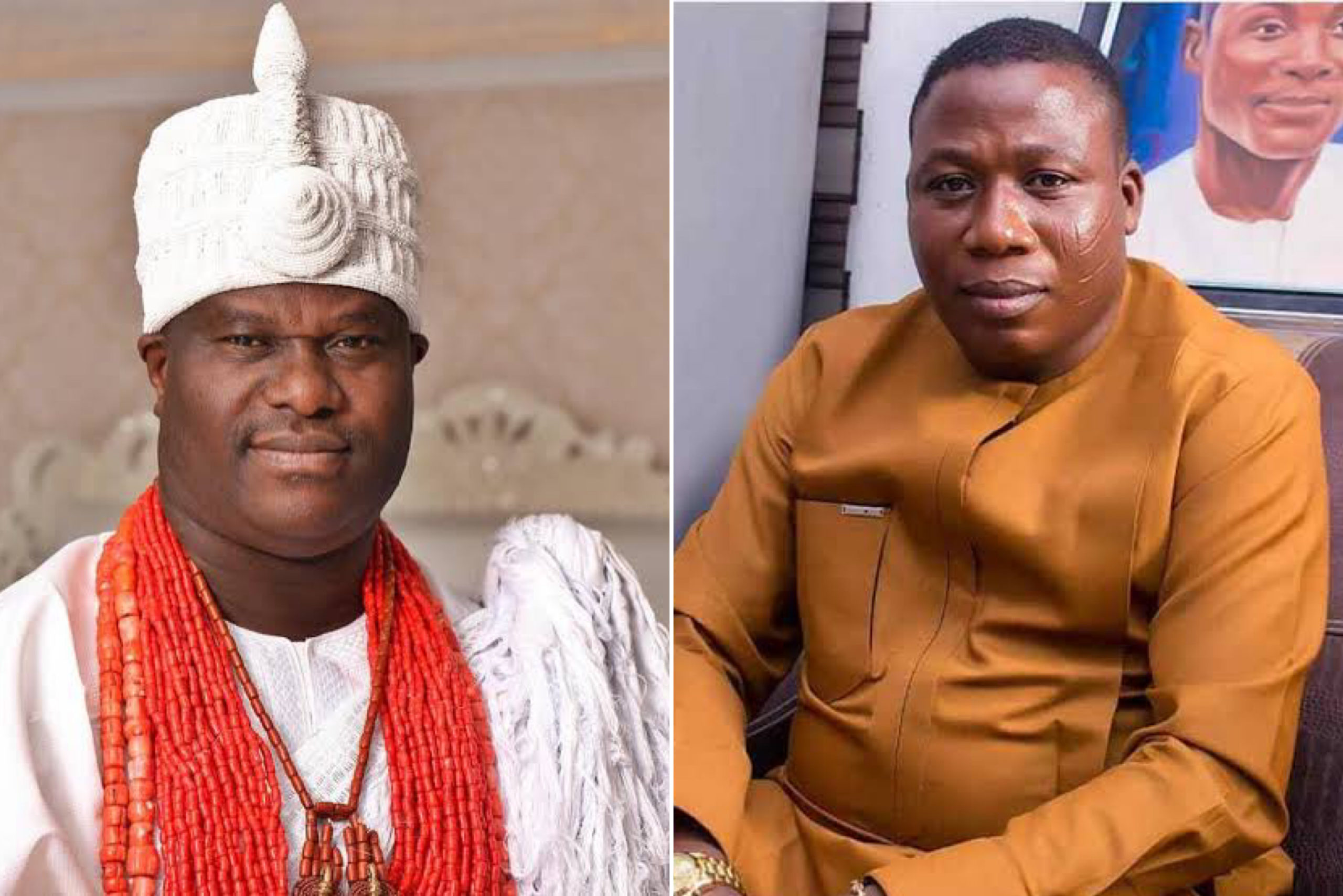 Igboho had in virtual town hall meeting with Yorubas in Diaspora said the Ooni disappointed Yoruba people by not telling President Muhammadu Buhari the truth on herdsmen killings in South West during a recent visit to the President.

When Ooni met with Buhari over the herdsmen issue, Ooni should have told Buhari the truth but he did not. When Ooni returned, he started tackling me to leave the remaining task to the government to finish. You can imagine that kind of talk?

Alaafin of Oyo has asked me to meet him over the matter. Alaafin should have been the one invited to meet Buhari but since the Ooni was invited, he should be bold to tell the president the whole truth and make the demands of the Yoruba people known to the president.

The Ooni disappointed himself. Some politicians are behind Ooni’s latest move. He invited me to his palace but I refused to go. I would have gone if he had represented us well but he did not. I won’t honour any monarch who does not cooperate with me. Enough is enough, the Fulani have done enough.

He however apologised to the Ooni on Wednesday following backlash for insulting the Yoruba monarch and other traditional rulers.

Igboho noted that he made those remarks, about the first-class king in the heat of the moment.

The Ooni of Ife, Oba Adeyeye Ogunwusi, has now accepted the apology tendered by the popular Yoruba rights activist.

He (Ooni) has forgiven him as he had tendered an apology via a video clip he produced via social media yesterday evening. Before tendering the apology, it was the Olugbon of Ile-igbon that first called and informed Arole Oodua on the phone that he had scolded Sunday on phone on his misdeeds and that, he would soon tender an apology to him on the matter. Sunday Igboho later released a video in which he tendered the apology.

Even though the way and manner, Sunday behaved was sacrilege to the Oduduwa throne but he has already apologised and I can confirm that Arole Oodua forgiven him, because, there is no perfection in humanity. Sunday is a human being like a normal human being who could misbehave as well.

Olafare went on to say;

As the father of all, the Arole Oduduwa Olofin Adimula, Ooni Adeyeye Enitan Ogunwusi Ojaja II remains his father who had even identified with him in the past two weeks he has begun with the struggle and he is still solidly behind him for the liberation of the Yorubas from criminal herdsmen who have adamantly terrorised our land.

Man Who Jumped To His Death In 1004 Estate Was A Guest, Not Target Of EFCC – Police

Olori Naomi’s Divorce: ’Palace Is Not Aware’ – Ooni Of Ife’s…