Singer, Harrysong And Fiancée Set To Wed In March 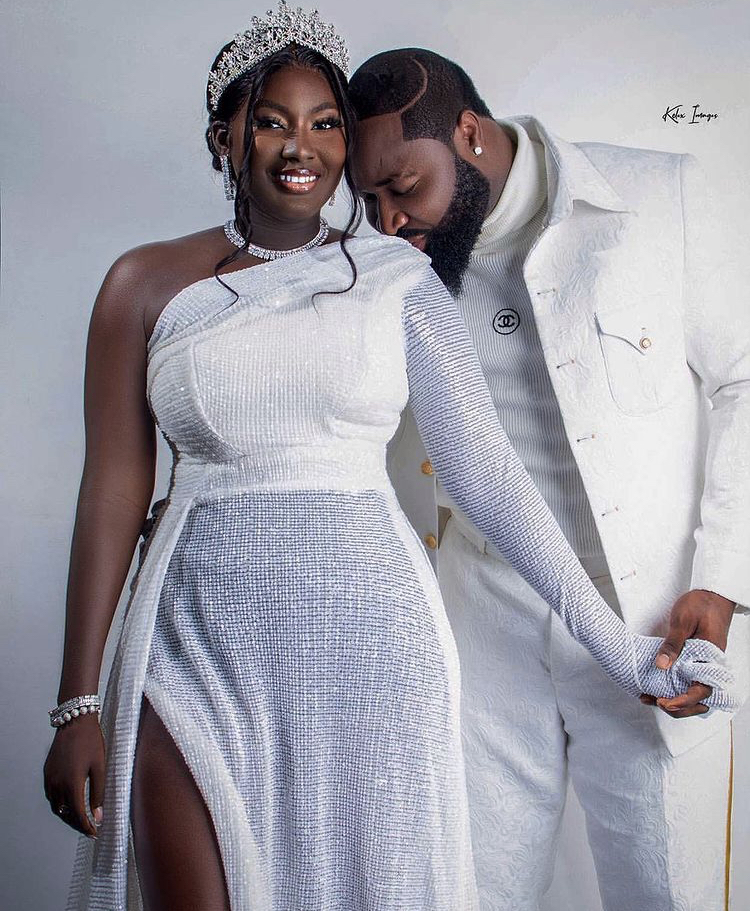 Harrison Tare Okiri, musician better known as Harrysong, has announced that he would be tying the knot with his fiancée, Alexer Peres Gopa, on March 27.

The singer made the announcement on Thursday, February 4 via an Instagram post accompanied with a loved-up photo of the pair.

According to him, the wedding would take place at KFT event centre in Warri, Delta state on the said date.

All shades I got it perfect this time. March 27th at the KFT event center Warri delta state.

He also uploaded his wedding invitation card that showed details of the event venue and colour of the day on his Instagram Story. 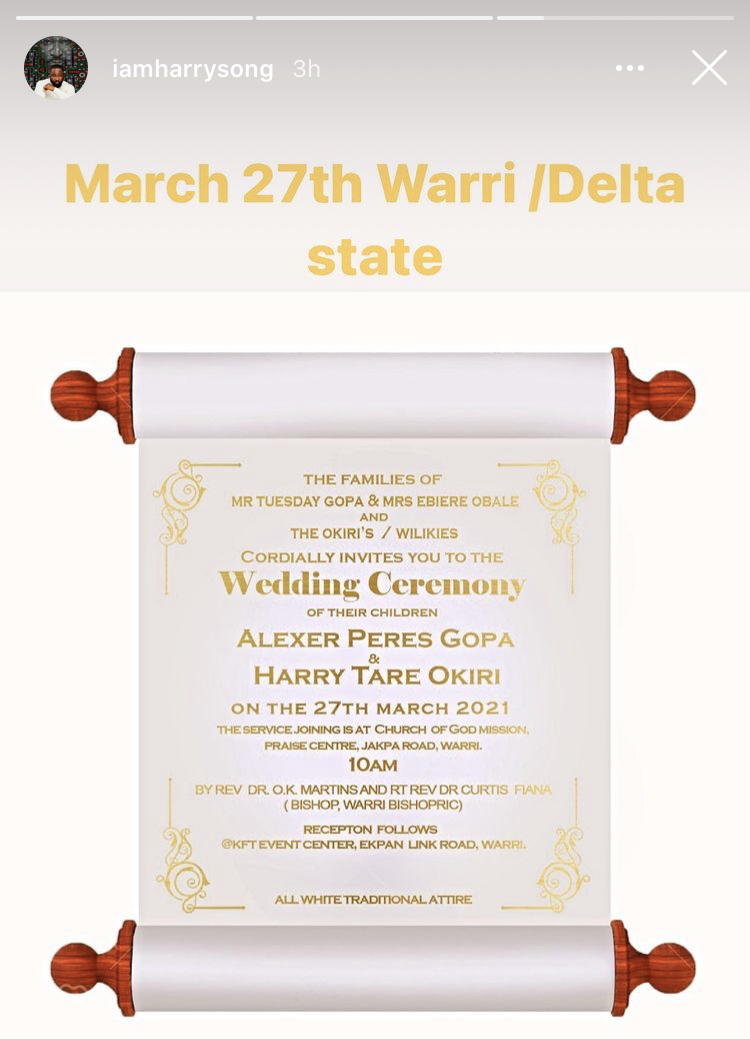 The development comes about a year after he announced his engagement to his girlfriend, who he called “Isioma”.

However, it remains to be seen if the lady he had engaged in 2020 is same person as Gopa.

The singer had at the time expressed the depth of his love for Isioma, whom he described as a replica of his late mother.

I lost my mother when I was very young, I’m happy to have found a mother in you. You care for me, you forgive me so easily, you make my life so beautiful, You’re patient and kind. What a beauty to behold. You’re my #Isioma #KingIsi2020 #Isiomasaidyes.

Harrysong had also originally hinted that the marriage would take place last year using the hashtag #KingIsi2020 but it was apparently not possible.

The Warri-born music star has continued to pull the strings since he rode to the limelight following the release of ‘I’m In Love’ and ‘Taiye and Kehinde’, his two hit singles.