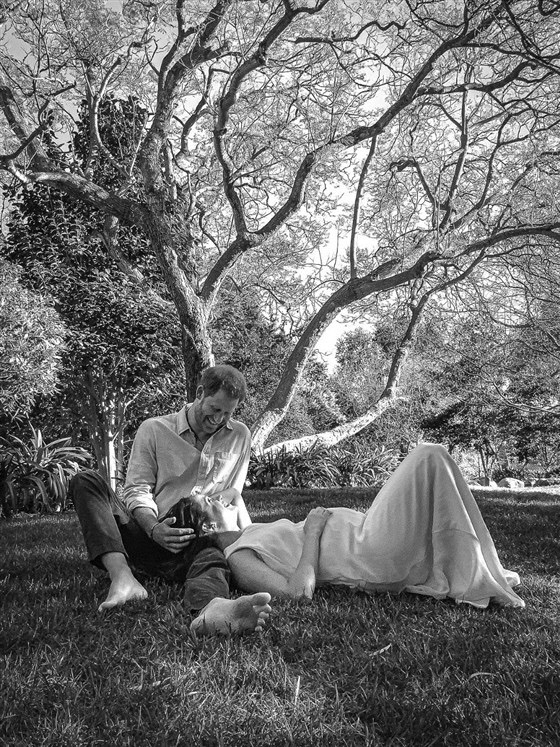 Prince Harry and wife Meghan Markle, the Duke and Duchess of Sussex, are expecting their second child together, months after Meghan’s heartbreaking miscarriage, it has emerged.

“We can confirm that Archie is going to be a big brother,” a spokesperson for the couple confirmed on Valentine’s Day as they shared a sweet black-and-white photo of Harry sitting on the grass in a garden while Meghan lay with her head in his lap and had her hand on her baby bump.

The spokesperson added; “The Duke and Duchess of Sussex are overjoyed to be expecting their second child.”

The royal couple had their first child, Archie Harrison-Mountbatten Windsor in May, 2019 and is seventh in line to the throne. Their charitable foundation, Archewell, is named after their son.

The announcement comes after Meghan revealed she suffered a miscarriage in July, writing about the loss in a New York Times opinion article.

Losing a child means carrying an almost unbearable grief, experienced by many but talked about by few.

After Archie’s birth in 2019, Harry spoke to reporters at a press conference, smiling happily, outside the couple’s former home, Frogmore Cottage.

It’s been the most amazing experience I can ever possibly imagine. How any woman does what they do is beyond comprehension, and we’re both absolutely thrilled.

Meghan has also spoken openly about the struggle of undergoing media scrutiny during her pregnancy and following Archie’s birth in an interview with London’s ITV News in 2019.

The couple has made numerous moves to protect their privacy since the birth of their son, including stepping back from their duties as members of the royal family and moving out of England.

Read Also: Prince Harry And Meghan Markle To Step Back From The Royal Family

Markle also won a privacy suit last Thursday against Associated Newspapers — the publisher of the Mail on Sunday and MailOnline — for publishing excerpts of a letter she wrote to her estranged father, Thomas Markle.