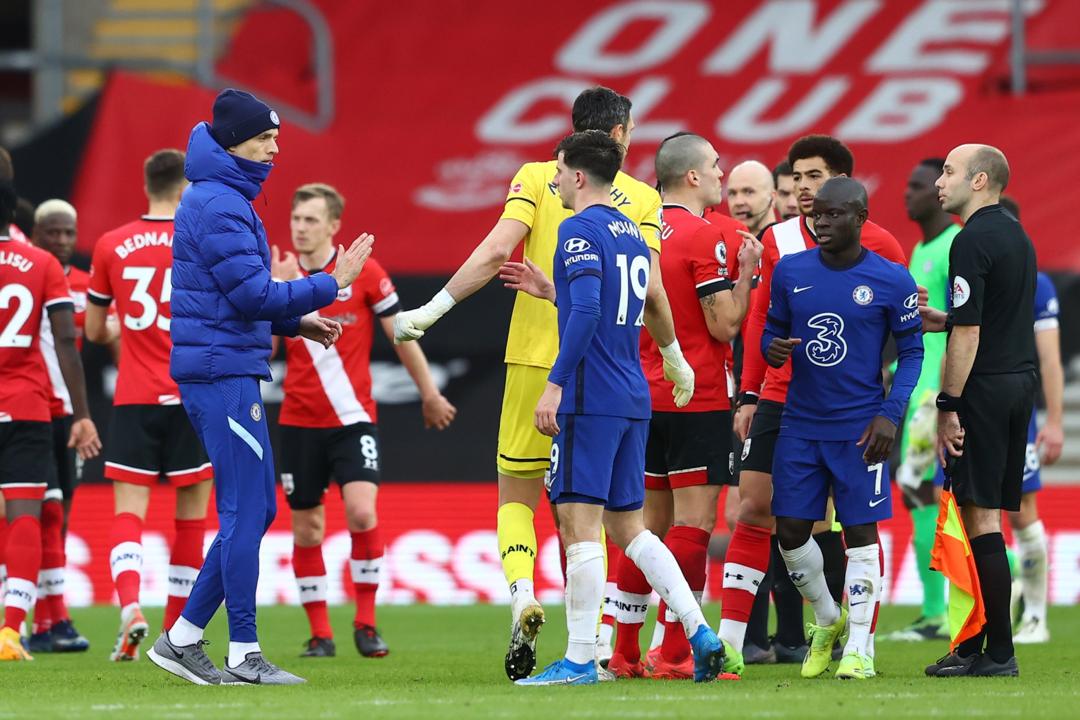 Chelsea has slipped to a 1-1 draw against Southampton in English Premier League (EPL) fixture on Saturday afternoon.

The Blues (Chelsea) started as the brighter of the two sides, with an intensity of a team desperate for a top-4 finish.

They generated several dangerous passages of play and posed plenty of threat but were unable to generate goalscoring chances.

However, their threat petered out after the first 15-20 minutes as Saints (Southampton) began to hold possession. Chelsea still maintained a firm grip on the game, but they gave Southampton opportunity to create few chances.

The deadlock was broken by Saints’ Takumi Minamino. The Liverpool loanee stayed cool and composed for an easy finish into Mendy’s net. He became the first opposition player to score against Chelsea under new Manager Thomas Tuchel. The Saints led into the half-time.

Playing on, Chelsea started the second half as brightly as they started the first half, with Calum Hudson-Odoi coming on for Tammy Abraham.

The Blue were rewarded ten minutes into the second half; Danny Ings fouled Mason Mount in the penalty box. The English midfielder stood up to the challenge and took the penalty himself, levelling the scores.

Chelsea didn’t press further after their equaliser, instead the hosts grew stronger into the game.

Blues’ manager, Tuchel tried to inject some mojo into the team, bringing in Hakim Ziyech to replace Calum Hudson-Odoi and Jorginho for Kovacic.

Odoi came in after the first half break, but he was hauled off with 16 minutes to go by Tuchel.

He didn’t appear to be injured and TV cameras caught the England international trudging up the stairs at St.Mary’s and going back to his seat while he was not give any treatment.