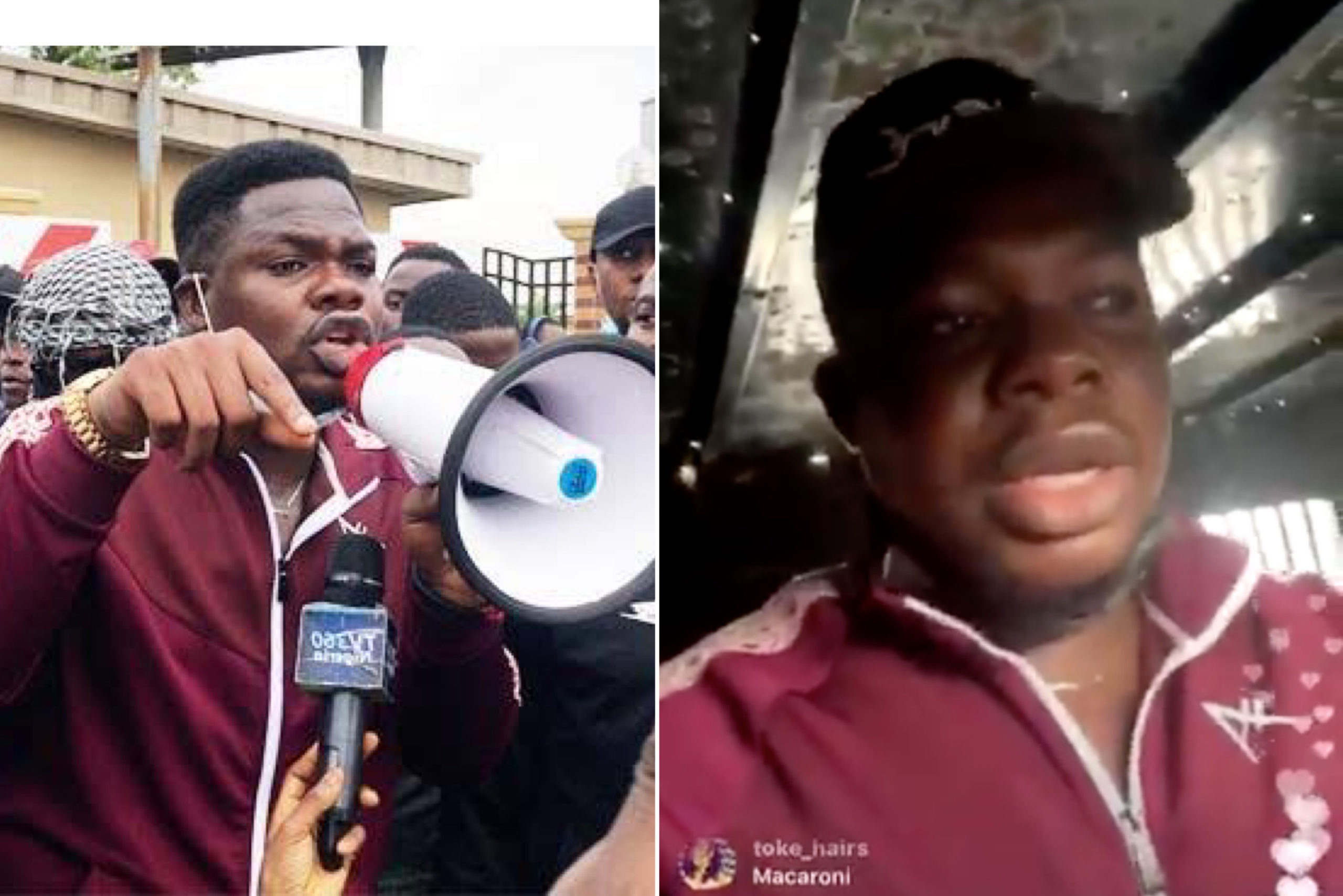 Popular comedian, Debo Adebayo better known as Mr Macaroni has been arrested by Lagos police command for being a participant of #OccupyLekkiTollGate protest.

It would be recalled that the comedian was in the forefront of #EndSARS protest in October 2020.

He was among protesters who spent the night in front of Lagos State House of Assembly in a bid to express their grievances against extortion and brutality by operatives of the Special Anti-Robbery Squad (SARS).

Himself and other celebrities like Folarin Falana, popularly known as Falz and pop star, Runtown, Tiwa Savage, Rude Boy and many others joined other Nigerians in a protest, calling for an end to police brutality and extra-judicial killings.

Giving an update about his current situation, Mr Macaroni, was as at press time livestreaming his arrest via his Instagram page.

According to the video, he was first arrested at Lekki tollgate, then later moved into police vehicle known as ‘Black Maria’.

Reports say Mr Macaroni was arrested  alongside several other protesters who are calling for the continued shut down of the Lekki toll Gate.

Many Nigerians have condemned the recent ruling of Lagos judicial panel, which gave Lekki Concession Company the order to repossess and reopen the toll plaza.

See some videos of Mr Macaroni’s arrest below;

#Lekkitollgate: Mr Macaroni’s in a black Maria after being arrested pic.twitter.com/jjqv51Q2c3