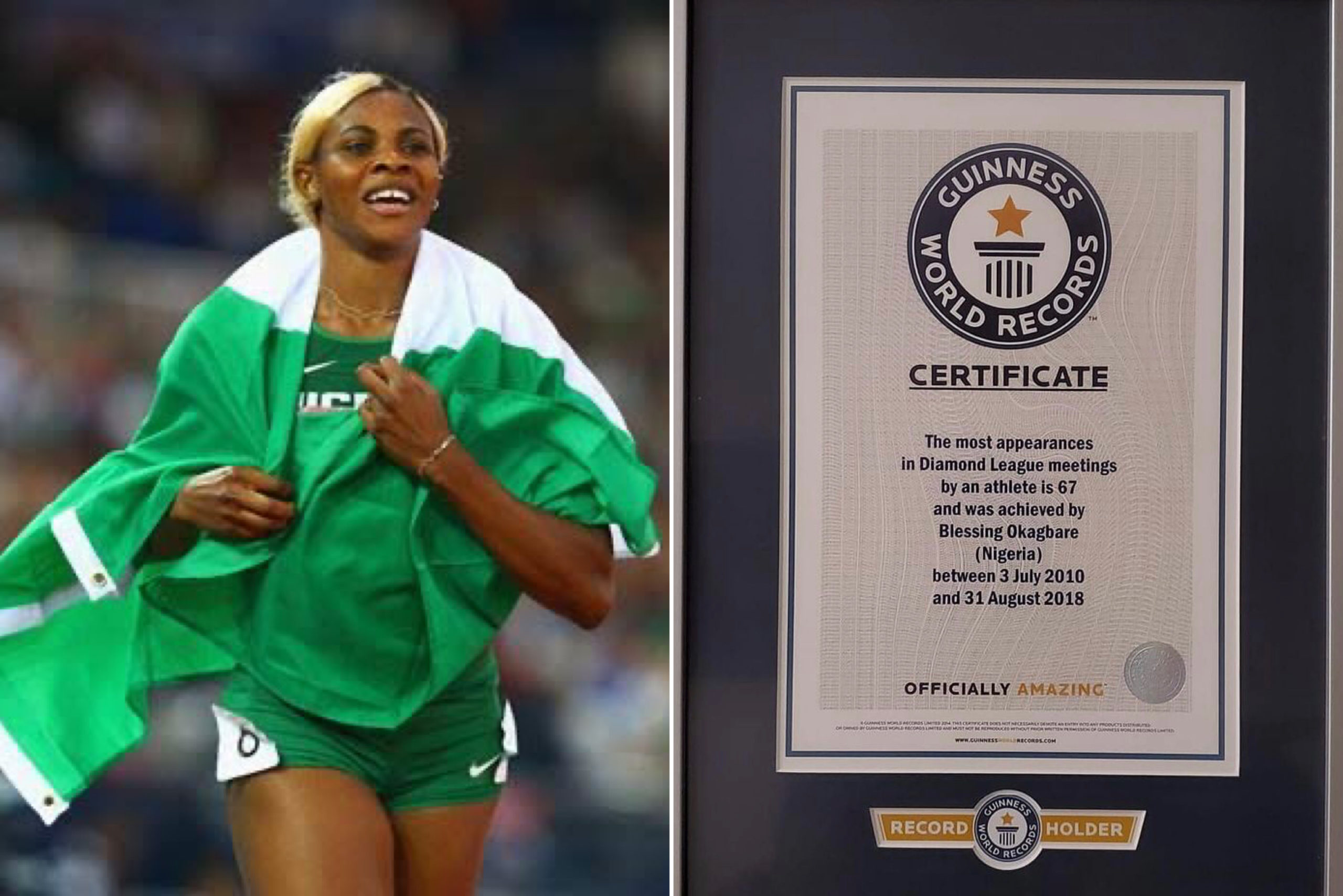 Nigerian track and field athlete, Blessing Okagbare has been recognised by Guinness World Records as the only athlete with the most appearances in IAAF’s Diamond League Meetings.

The most appearances in Diamond League meetings by an athlete is 67 and was achieved by Blessing Okagbare (Nigeria) between 3 July 2010 and 31 August 2018”. The certificate was branded ‘OFFICIALLY AMAZING.’

The 32-year-old revealed this on her Instagram page on Wednesday morning saying;

A dream made reality through God’s grace and determination. Look what finally came in the mail…Thanks to the Guinness book of world records. I am indeed honored, proud and grateful.

She has also won a World Championships Silver, and is the current African Record holder in the 200m and in the 4x200m with Nigerian team.

In 2018, Okagbare, won a silver medal at the Beijing Olympic.

She won silver and bronze in the long jump and 200 meter events respectively at the 2013 World Championships held in Moscow, Russia.

In addition, the 32-year-old also won two gold medals and a silver at the 2014 commonwealth games in Glasgow.

Okagbare is seeking a fourth Olympic Games participation with the Nigerian team in Tokyo in July.