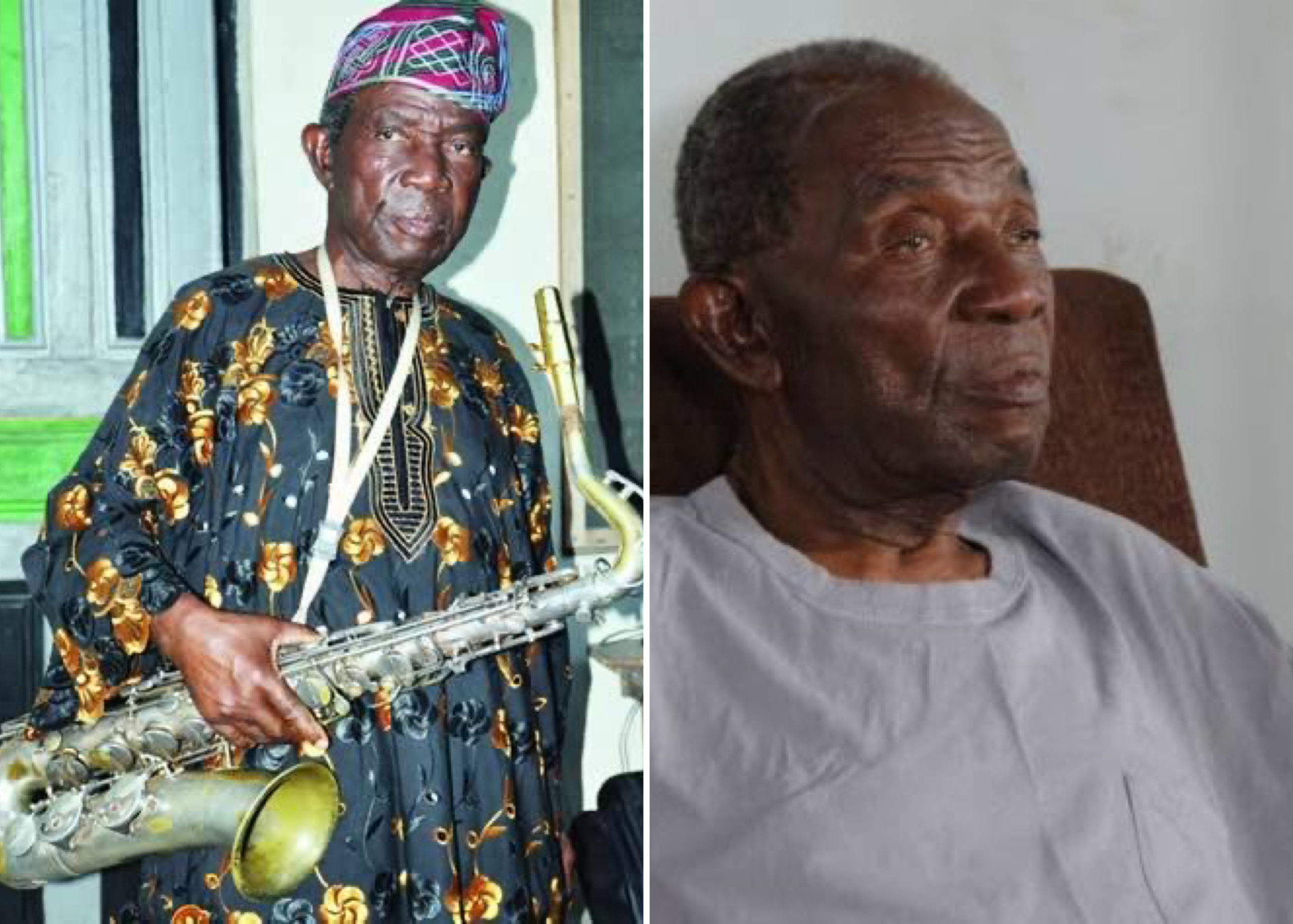 Highlife music legend and saxophonist, Pa Christopher Ajilo has reportedly passed away at 91.

The ‘Eko Oo Gba Gbere’ crooner, who hailed from Osun state, died in the early hours of Saturday at Wesley Guild Hospital in Ijebu-Ilesha, Leadership reports.

Another music veteran, Orlando Julius and his wife, Latoya Aduke, who are close friends to Pa Ajilo, confirmed that he was hale and hearty when they visited him on Thursday.

It is a painful loss to us. I took Orlando to see him on Thursday at his house. Pa was so happy.

The veteran musician is one of the pioneers of highlife musician in Nigeria and ruled the airwaves between the 50s and 80s.

Ajilo, best known for his songs, ‘Eko Gba Gbere’, ‘Ariwo’and ‘Emi Mimo’ is the last of generation of music veterans like Victor Olaiya, Bobby Benson and others that formed Nigerian Union of Musician, the first guild for musicians.

He was involved in music production and arrangement with Polygram Records for many years, producing several albums for veterans like Chief Olisa Osadebe’s Osondu Owendi.