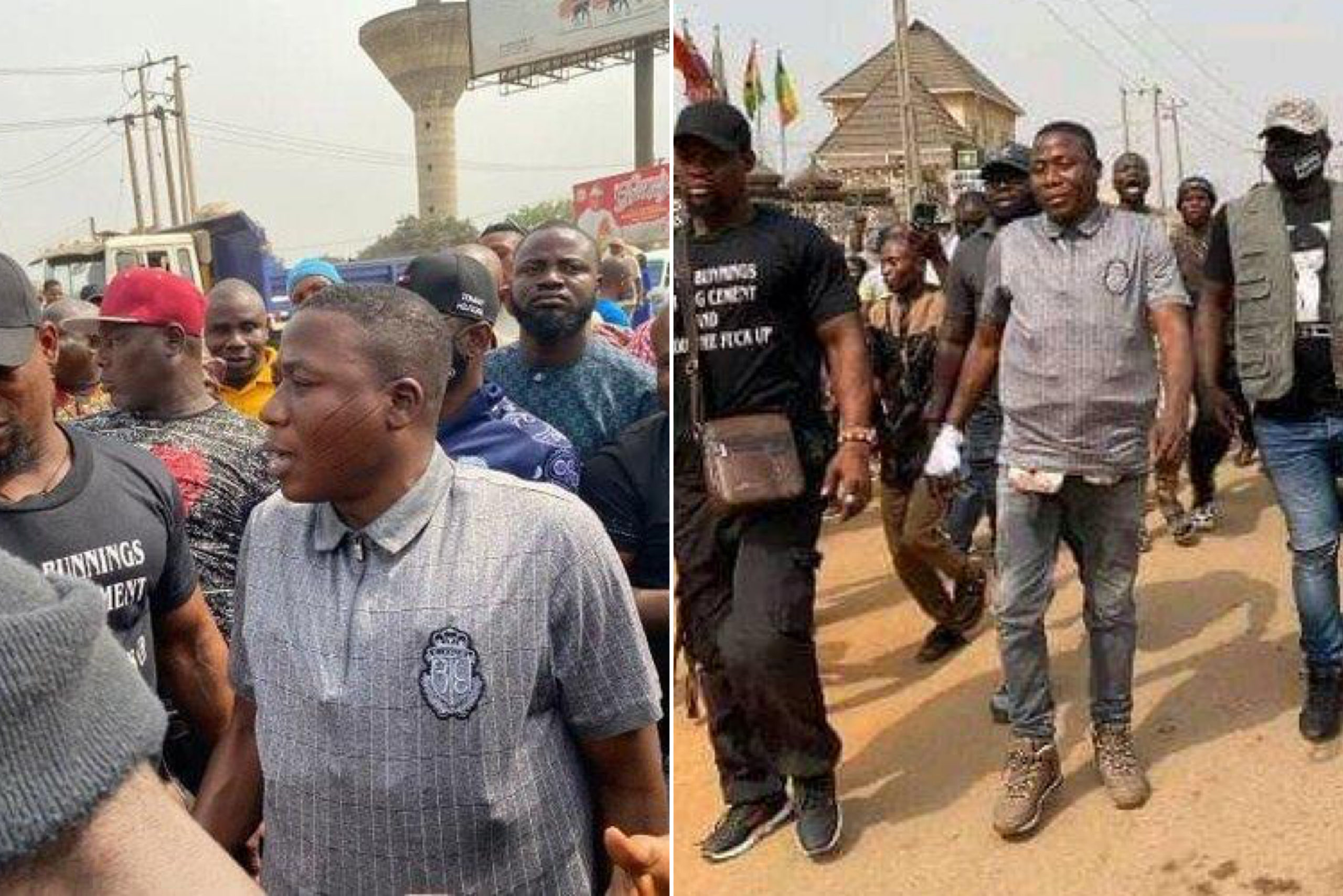 The activist went further to berate some traditional rulers in Yoruba land, accusing them of not showing enough support for the struggle to liberate the Yoruba from their ”Fulani oppressors”.

Igboho said this during a virtual town hall meeting on Tuesday night, alleging that the Ooni and others are interested in their own gain even though they claim to represent the Yoruba interest.

The meeting, which started at 11:15pm on Tuesday, ended at 1am on Wednesday.

The activist joined in around midnight, saying he was just entering Oyo town to see Lamidi Adeyemi, the Alaafin of Oyo, for a meeting. He said the monarch is in supporter of his struggle.

Igboho had issued a seven-day ultimatum to herders in Ibarapa area of Oyo state, blaming them for kidnapping, killings, destruction of farmland and insecurity in the state.

Days after, violence erupted in the area during which the houses and property of the Seriki Fulani, Alhaji Saliu Abdulkadir, were burnt.

Abdulkadir had newsmen he, his wives and children were sent out of the settlement, adding that some vehicles and houses were burnt in the process.

The Seriki thereafter fled the community with his family, as aggrieved youths burnt the settlement.

Following this, the Yoruba activist moved to Ogun State on Monday evening in the bid to evict ‘killer herdsmen’ and he was received by thousands of youths.

However, the Governor of Ogun State, Dapo Abiodun said his government did not invite Igboho to help tackle insecurity caused by the activities of suspected Fulani herdsmen in the state.

According to Igboho, the fight to liberate the Yoruba and bring lasting peace is not for the police but for all Yoruba people, irrespective of where they are all over the world.

The activist, who is fast becoming popular in the South West, said;

I am not concerned about the police. The struggle is about Yoruba agenda as it concerns security situation in our land and I trust Yoruba people for support. People are afraid because of the atrocities of the herders. We also pray that our leaders will support us irrespective if their fear of being arrested. They should be able to talk to President Muhammadu Buhari on security in Yoruba land.

When Ooni visited Buhari, the president received him by standing up but he said something I don’t like. That is why the Alaafin called me. He wants to tackle what Ooni said.

Igboho said he has not received financial support from anyone, adding that he needs buses to transport his followers to places where the herders are wreaking havoc.

I need buses to transport people. The three vans we use are bought by me. We lost three buses that were hired on our way to Oyo. Ooni should be able to tell Buhari about what Yoruba want. But he has collected dollars from Buhari. He called me but I don’t want to see him. Only Alaafin is supporting us and he has written a letter to the president. Ooni disappointed me. Politicians are with him.

The youth leader also criticised Abdulrasheed Akanbi, the Oluwo of Iwo, for calling himself an Emir.

He said some Yoruba leaders have turned themselves into slaves of the ethnic tribe that oppresses their people because of money.

The Oluwo will wear turban and start calling himself an Emir, our people should call him and tell him to stop what he is doing. Our leaders are lazy and slaves to Fulanis. They visit Abuja to collect money, we will attack them and destroy their property. Ooni should be dealt with. I am annoyed. Why should we be afraid of the crown they (Yoruba monarchs) wear?

Tinubu and other Yoruba politicians are Fulani slaves. We need not be afraid. I have not collected any money from anyone. I am a full Yoruba man and I will not allow Fulani people to enslave me, we do not look or behave alike in any way. The herders should go. Makinde is also a slave to the herders because of second term ambition.

The virtual town-hall meeting reportedly had more than 1000 participants from Nigeria and the Diaspora.