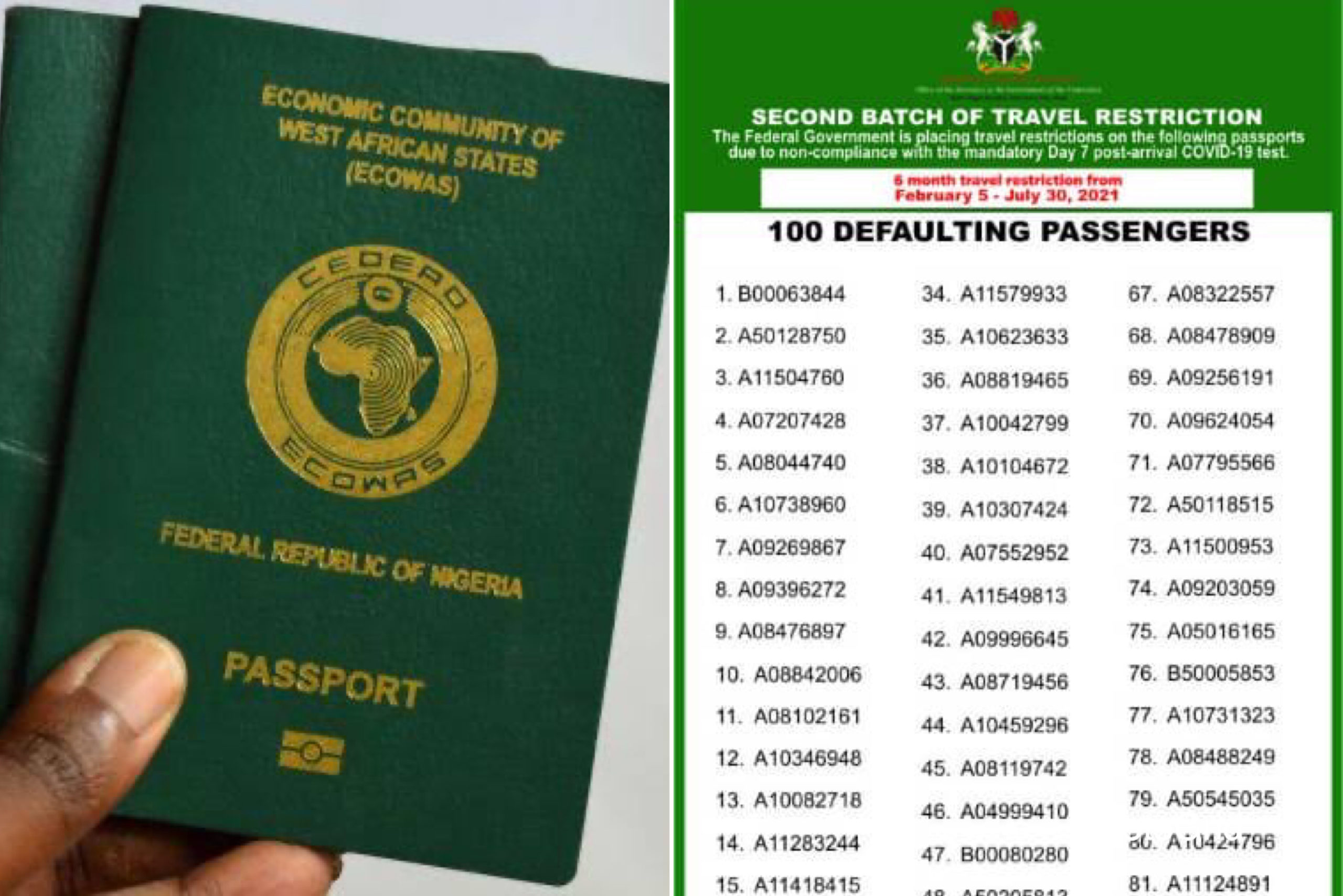 Federal Government has placed a travel restriction on 100 passengers for flouting COVID-19 directives.

The new development was announced by the Presidential Task Force on COVID-19 via its Twitter handle on Tuesday, February 9.

The task force also released the passport details of the defaulters, stating that they have been restricted from travelling for six months.

Presidential Task Force sanctions 100 Passports in Second Batch of those who failed to comply with the mandatory Day 7 post-arrival COVID-19 Test. PENALTY: six-month travel restriction from February 5 to July 30, 2021.

NEWS: Presidential Task Force (PTF) sanctions 100 Passports in Second Batch of those who failed to comply with the mandatory Day 7 post-arrival COVID-19 Test.

In the list containing the passport number of the defaulters, it added;

The Federal Government is placing travel restrictions on the following passports due to non-compliance with the mandatory Day & post-arrival COVID-19 test.

It would be recalled that in early January, PTF also released the passport details of 100 passengers who evaded second COVID-19 test upon arrival in the country.

Travelers are mandated to run the test seven days after their arrival, however, it was discovered that some persons have evaded the exercise.

“Why I Am Passionate About Bridging Communication Gap” – Veteran Broadcaster, Moji Danisa